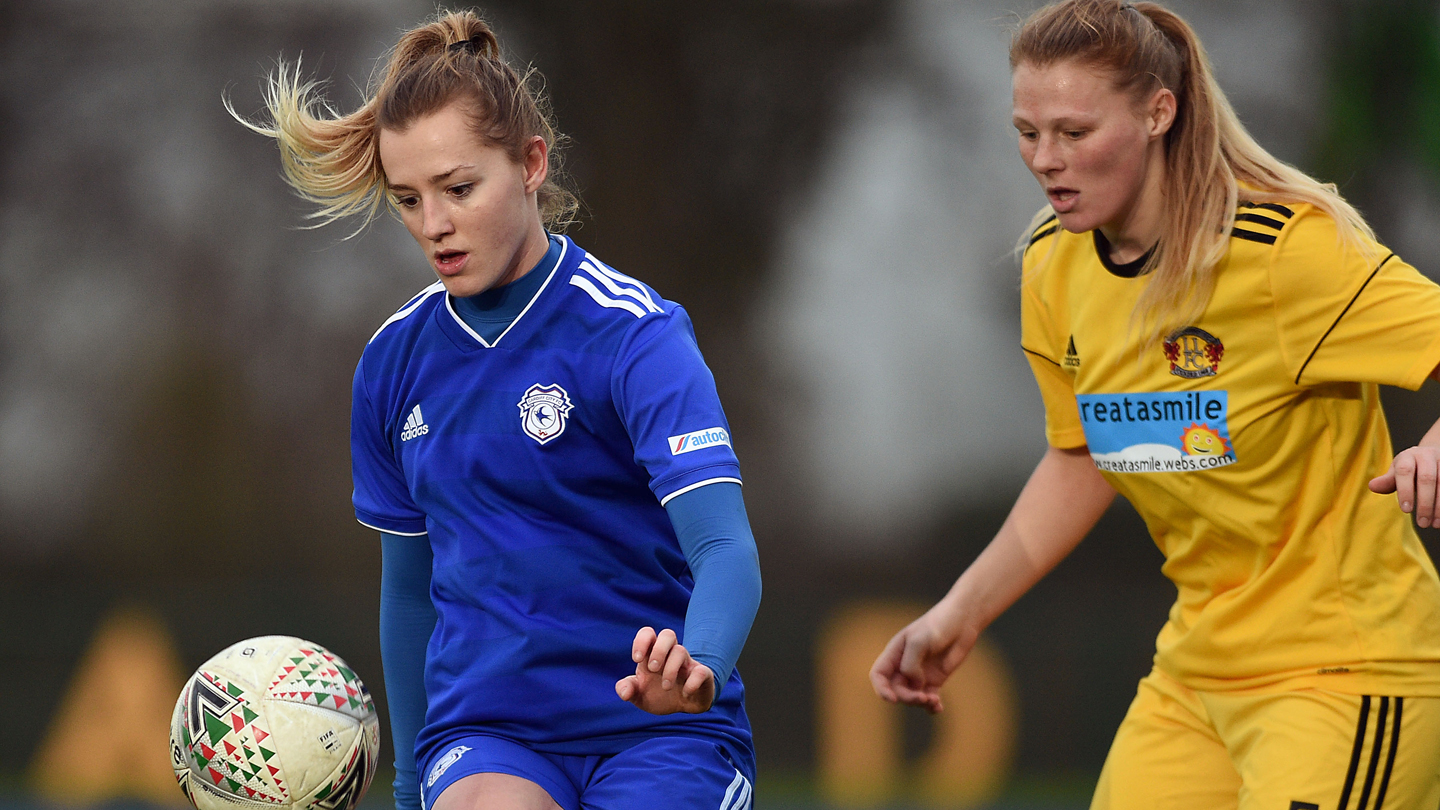 The Bluebirds currently sit fourth in the WPWL standings, level on points with the Swans, who sit third by goal difference. Victory for City this weekend would see them rise to second place in the league and they go into the game with great momentum following their recent 6-3 win over Llandudno to kick-off 2019.

Manager Joel Hutton spoke prior to the second South Wales Derby of the season, discussing the challenge of the Swans, the importance of taking points from the fixture and what the team needs to do to be successful.

“Swansea are going to be a completely different test,” began Joel. “We need to go into the game positively and hopefully we’ll take something because we need to be taking points off the teams around us and Swansea are one of them.

“They had the better of us before Christmas and it’s up to us to bounce back from that, but based on the current league standings - at least a point is required. We’ll have a good go at them and based on the footage from last time, they started fantastically well and we need to do that at their place.

“Against Llandudno, we dominated the game and bounced back twice from them equalising to get the result that we aimed for, so hopefully that team spirit shows again on Sunday. The manner in which we conceded the goals last weekend wasn’t particularly pleasing, but it just stresses the importance of stamping out those errors and getting a result against the Swans.”

Danielle Green, who recovered from an Anterior Cruciate Ligament rupture to return to action this season, netted a hat-trick and her first WPWL goals of the campaign in City’s victory over the Seasiders last time out and Joel concluded: “Danielle has done really well to come back from an ACL injury in less than a year and get competitive minutes. At the start of the season, it was a bit frustrating for her because she was expecting a little bit too much from herself.

“She’s managed her personal expectations over the past couple of weeks, which has allowed her to relax a little bit more in games and she produced three very good finishes last weekend. It gives her the foundation to kick-on for the rest of the season and that’s something we expect from every player in the squad: we’ve got to perform a little bit better and hopefully that comes in Swansea.”

Hannah Daley has appeared in every match so far this season and the 25-year-old revealed her excitement ahead of the Swans trip, adding: “I’m really looking forward to facing Swansea again and so are the rest of the girls, because it’s obviously a big game for us and it’s away from home.

“We’ve been preparing really well and last weekend’s win gives us momentum going into this one. Our strength and conditioning sessions with Richie Hughes have kept us fit over the four-week break and that showed against Llandudno, so we’re more than ready for another South Wales Derby.”

She concluded: “An added positive to take from the Llandudno match was Danielle Green’s return to scoring with a hat-trick and she played really well with Catherine Walsh upfront. Knowing that she’s on form is an extra confidence booster for us ahead of Sunday.”