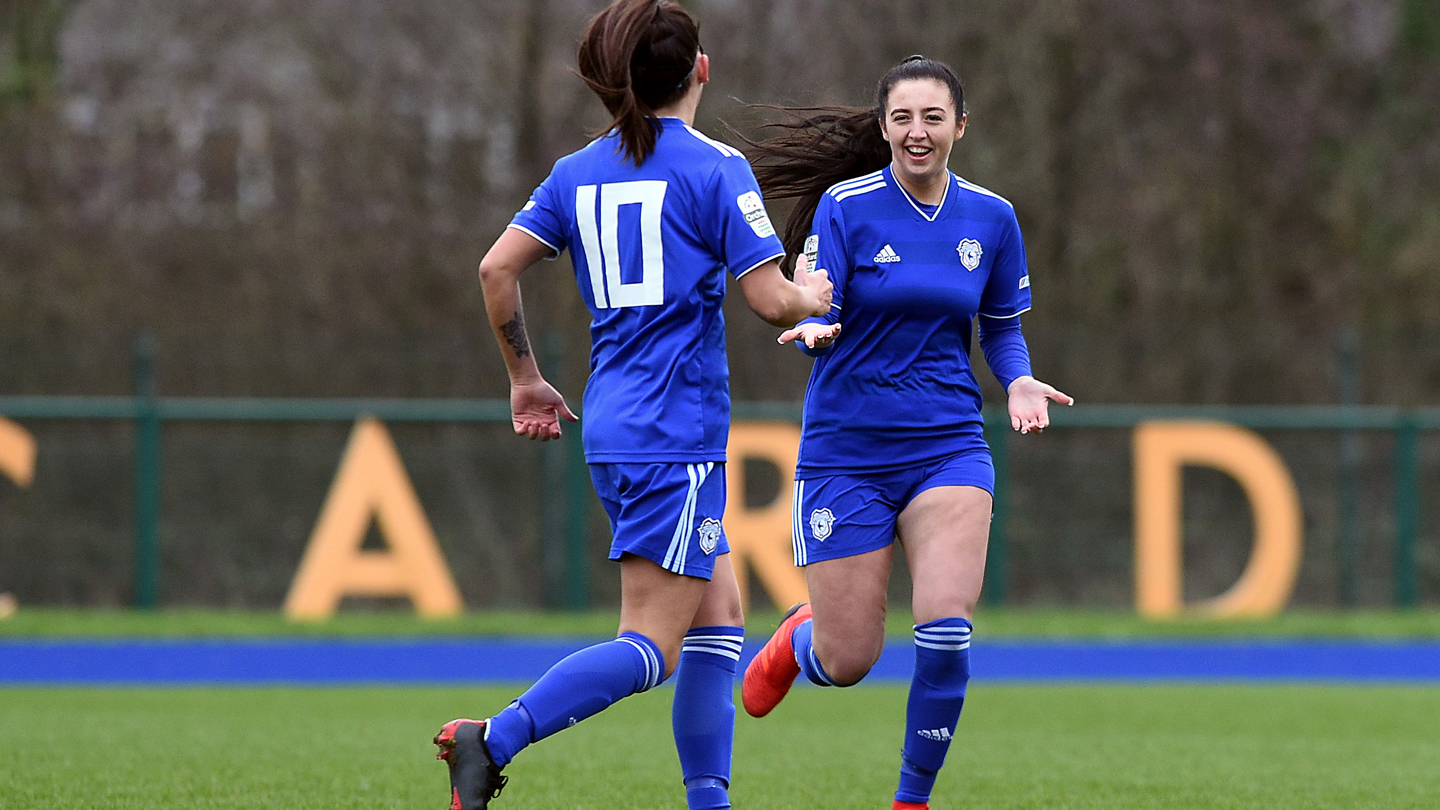 The result meant that City progressed to fourth in the WPWL standings and level on points with third-place Swansea City ahead of the South Wales Derby on Sunday, January 13th.

Joel Hutton made two changes from last time out as Lisa Owen and Montana May entered the starting XI. The Bluebirds got off a swift start and opened the scoring just seven minutes in. Danielle Broadhurst composed herself around the edge of the area, struck low and the ball deflected off the post before finding the net. It was the 26-year-old’s first WPWL goal of the campaign.

However, the visitors responded quickly and levelled the scoring four minutes later through Aimee Todd’s back-post header. But, City regained their advantage after 27 minutes. The ball arrived at the feet of Danielle Green inside the area and she turned to fire home at the near post. It was also her opening goal of the WPWL season.

Then two minutes later, Broadhurst came close to a brace as her first-time attempt from just inside the area was parried away by Smith. The Seasiders capitalised on the home side’s missed opportunity and after 33 minutes, Mari Gibbard chipping the onrushing Ceryn Chamberlain to level things up once again.

It then took four minutes for Catherine Walsh to find twin sister Siobhan Walsh on the edge of the opposition six-yard box and the centre-back curled home her first goal of the WPWL campaign and City’s third of an action packed opening half.

The Bluebirds began to assert their authority on the game and two minutes later, they had a fourth. Nice build-up play from Alana Murphy allowed Green to finish and secure a brace. Then as the break approached, the hosts hit five as Murphy’s corner was deflected into the back of the net by Smith.

After the interval, the home side came out with intent to add more rather than settle on their three-goal advantage and one minute in, Murphy let fly with an ambitious effort that travelled astray of the right post. Five minutes later, Green paced down the left wing and goalkeeper Smith rushed out, only for the forward to slot the ball around her, although Jordanne Greenough was there to clear.

The match remained open, although no clear chances appeared until substitute Eryn Gibbs was introduced. The 16-year-old almost made an instant impact with 25 minutes remaining, as she paced along the right flank and forced Smith off her line before shooting agonisingly astray of the right post.

Gibbs’ attack sparked more fight from City and three minutes later Catherine Walsh went close. The striker almost struck her eighth WPWL goal of the season when her effort from an acute angle dribbled just wide of the opposing post.

The Bluebirds kept battling and were rewarded with nine minutes remaining, as Green netted a hat-trick. The 23-year-old finished past Smith from inside the area to start 2019 in style.

As full-time approached, the Seasiders netted a consolation goal through Gibbard, who secured a brace and that was the final action of the affair. City began 2019 in emphatic style with three points and Broadhurst, Green and Siobhan Walsh getting their WPWL scoring underway.