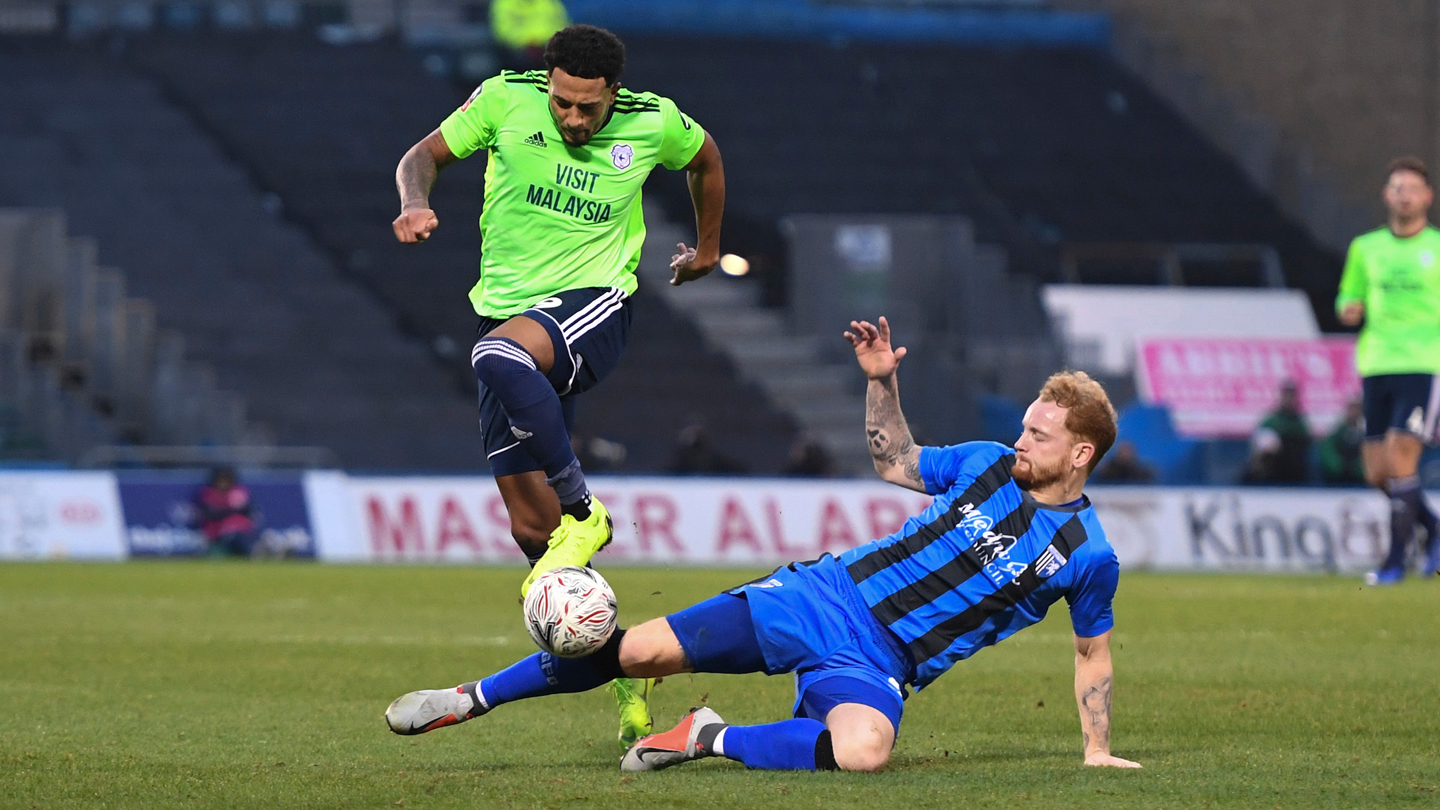 Match report for Gillingham vs Cardiff City on 05 Jan 19

Gillingham's Elliott List had the first chance of the game with less than two minutes played, but Alex Smithies in the City net collected it comfortably.

It soon developed into an open game, and City had a big chance to strike first as Joe Bennett was played through. His shot was deflected away by the feet of ‘keeper Tomas Holy, before Joe Ralls' effort was blocked.

Ralls’ corner 20 minutes in gave City their next big chance, only for Sean Morrison’s stabbed attempt at goal to be kept out on the line.

On the half-hour mark, Mendez-Laing danced past his marker to win a free-kick just outside the box. Decordova-Reid’s cross was cleared just in front of Callum Paterson though.

With a minute left of the half, City had their final chance to open the scoring before the interval. A Ralls free-kick flew into the box and towards Bruno Ecuele Manga’s head, but the defender’s attempted flick on to a waiting Paterson was intercepted and cleared.

Paterson himself nearly opened the scoring with five minutes of the second half played, attempting to take advantage of a defensive error by the hosts in a dangerous position. The forward had another effort from inside the box blocked shortly afterwards.

A period of end-to-end football began as the hour mark approached, when Gillingham applied pressure of their own. Key chances were afforded to Tom Eaves and Josh Parker for the hosts, while Nathaniel Mendez-Laing and subbed-on Josh Murphy’s efforts narrowly missed the mark at the other end.

The game's crucial moment came ten minutes from time as Morrison went down injured in the box, and the hosts took advantage. The ball fell to youngster Elliott List who shot powerfully into the back of the net.

With 7 minutes added on, City sent balls into the box in search of an equaliser. While Paterson and Ward both went close, the full-time whistle blew and the Bluebirds exited the competition at the Third Round stage.