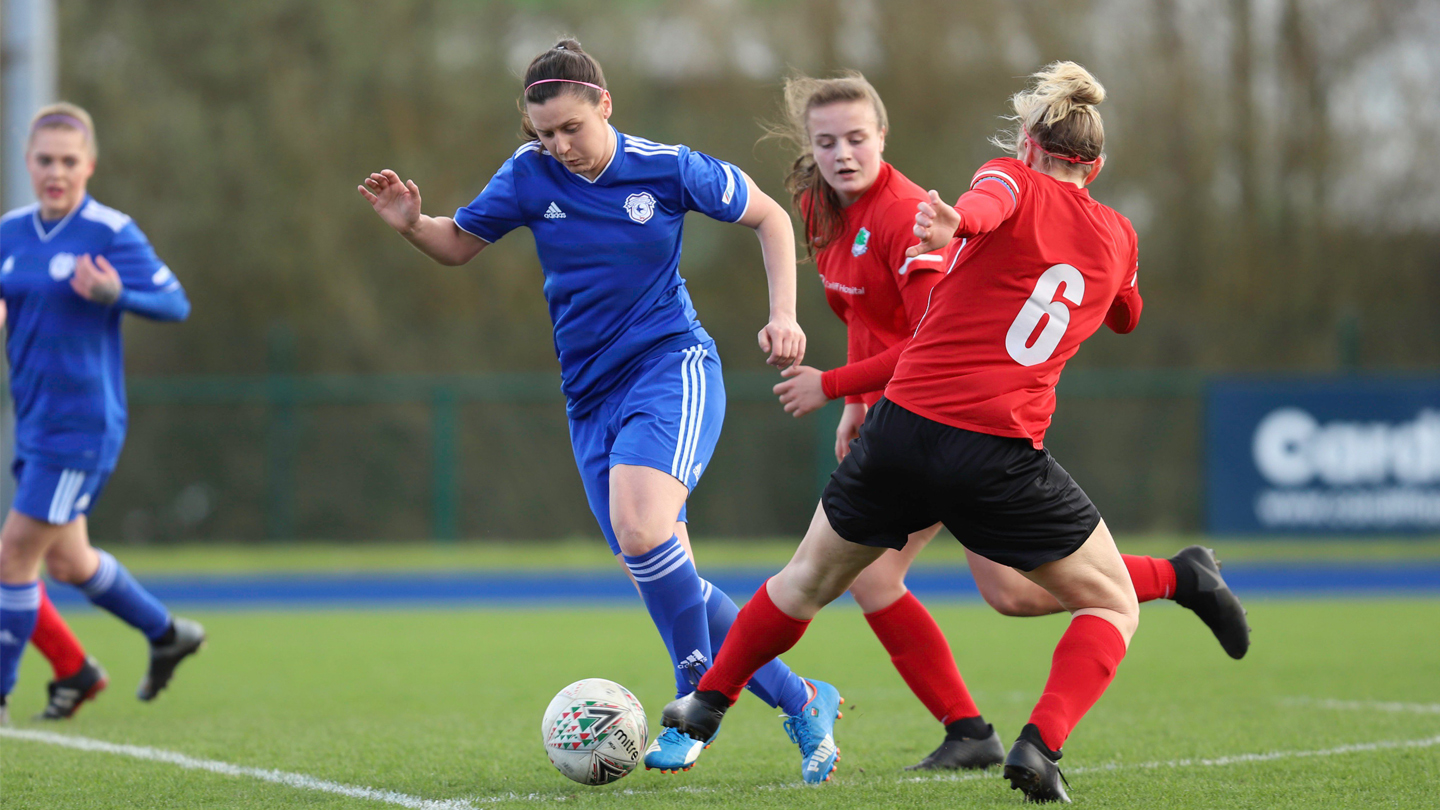 Lisa Bird opened the scoring after 12 minutes, prior to Catherine Walsh heading home a second shortly after. The match tightened in the second period, although the Bluebirds went on to secure a sixth clean sheet in the WPWL and moved up to second in the standings.

Joel Hutton made four changes to the side from last time out, as Claire Skinner, Mollie Jones, Siobhan Walsh and Catherine Walsh entered the starting XI.

City got off to a strong start and put the visitors defence under constant pressure. Three minutes in, Kanisha-Mae Underdown produced a wonderful cross from the right and Catherine Walsh slid in, but couldn’t connect. A minute later, Bird powered into the area, although her shot from an acute angle was blocked by Holly Smith’s sliding challenge.

With 12 minutes gone, Bird made sure to put the ball in the net, her pinpoint touch putting the ball beyond the onrushing Chelsea Herbert, sealing her fourth goal in two games. After 25 minutes, Emily Griffiths’ cross from the left wing found its way to Catherine Walsh and the 24-year-old headed home her ninth WPWL goal of the season, making her the squad’s current top scorer in the league.

The Bluebirds’ final opportunity of the first period went the way of Alana Murphy and the forward composed herself well in front of goal. However, Herbert was swift to close her down and saved the shot. City had been the dominant side and went into the break with a comfortable two-goal cushion.

After the interval, it didn’t take for long for Wales international Claire Skinner to pull off a great stop and keep out former Cardiff City player Lauryn Lyons. Down the other end, Herbert was beaten and Bird sped for the loose ball, but Holly Broad's sliding clearance denied the threatening forward a brace.

Cyncoed continued to push for a way back into the match and had an opportunity after 54 minutes, but Kirstie Pervin-Davies' touch sent the ball into Skinner’s arms. Four minutes later, Bird swiped over off her left foot from the left corner of the area, as the visitors’ defence stood resilient and offered little space.

Play continued to tighten, although the away side missed another chance with 22 minutes of the 90 remaining. Lauren Harris’ effort from inside the area was saved by Skinner, who was proving tough to beat on return from international duty.

The teams continued to attack at each other's defences, but no clear-cut opportunities arose for the remainder and the Bluebirds secured their second consecutive victory in the WPWL, progressing to second place in the league table.