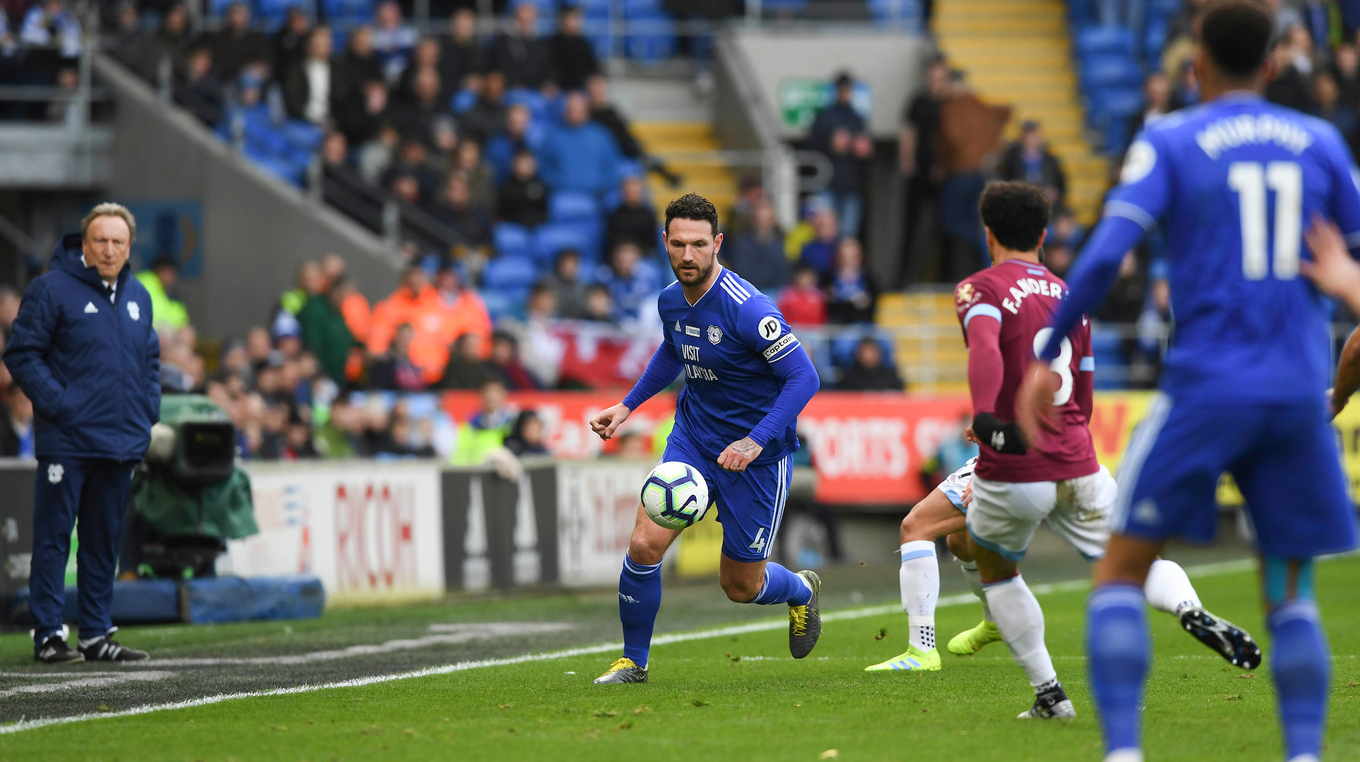 Morrison: The performance showed our unity

The Bluebirds kept an eighth Premier League clean sheet against West Ham on Saturday, with Sean Morrison at the heart of the City defence.

After the match, the skipper spoke to Cardiff City TV, explaining the importance of our victory over the Irons.

“We put in a good performance and got three points, which was our goal,” Mozza began. “It’s going to be a tough final two months – we’ve got eight games left, with some big teams and some tough away games. Every game is a cup final, but we’ve given ourselves a great chance.

“We’ve conceded a lot of goals lately, and the performances haven’t been good enough. We know that as a team, but the way we came back today puts a marker out for the rest of the Premier League.”

As we approach the home straight of the season, Sean continued to focus on the significance of our own performances, rather than worrying about other results.

“When you come in after the game and see the scores from other matches, it just shows how much more meaningful our win was. If we didn’t win, then we could have been five points off, so it was very important.

“We’ve just got to look at ourselves, because we’re still in the fight. We’ve got to keep doing what we are doing, churning out results, and hopefully it will be enough at the end of the season.”

The skipper concluded by praising his fellow Bluebirds, and hailed the spirit and togetherness of the dressing room.

“The performance out there showed how together we are, and the unity in the group.

Watch more from the skipper on Cardiff City TV