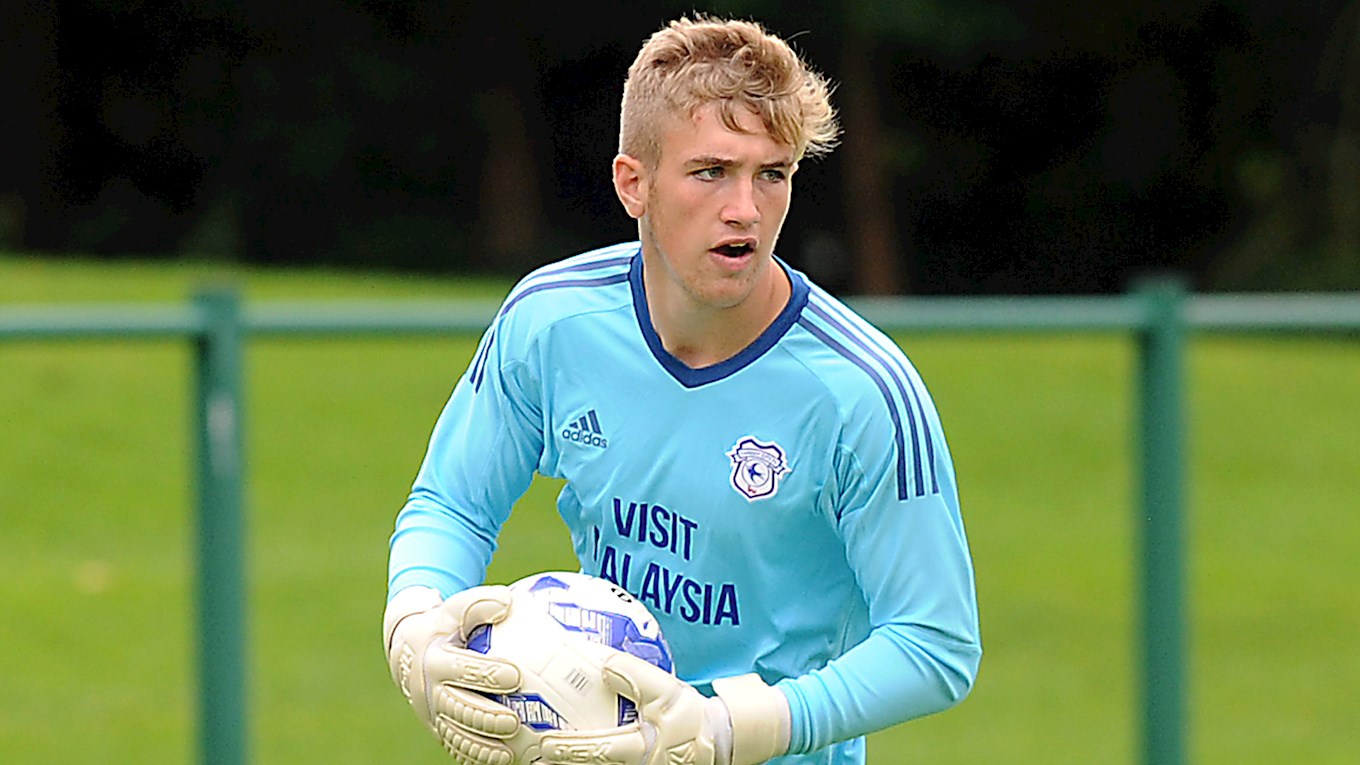 Cardiff City’s U18 side were victorious against their Leeds United counterparts on March 16, 2019, after a double from midfielder Kieron Evans in the second-half.

The victory, which ensured that City kept their four-point lead intact at the top of the PDL2 South, was their sixteenth win of the season against a Leeds United side that currently sit in second place in the PDL2 North.

It would be the hosts who created the first opportunity of the match, as City ‘keeper George Ratcliffe was called into action by Henri Kumwenda in the 12th minute. Ratcliffe would make a good save to keep the scores level against the Whites early on.

Connor Davies caused the opposing defenders a plethora of problems with his direct approach, and almost broke the deadlock with 25 minutes played. His strike from distance drifted just over Josh Rae’s goal.

Cardiff City continued to put pressure on the hosts, who played out the majority of the first half on the back-foot. Keenan Patten went close to scoring on a number of occasions, but the midfielder was unfortunate not to see his efforts find the back of the net.

Just before the interval, Leeds United found themselves down to ten men, after Dan Griffiths was brought down on the counter-attack by Charlie Cresswell with a minute of the half to play. Cresswell had prevented a clear opportunity for Griffiths to score and was dismissed as the sides went into the break level.

Kieron Evans gave City their long sought-after opening goal in the 65th minute. The ever-dangerous threat latched onto a great pass from Harry Pinchard to put his side ahead with a fine finish into the top-left corner, leaving Rae with no chance of preventing the effort.

The visitors continued to dominate and did well with their lead. Moments from time, Evans scored a vital second goal to ensure that all three points would be travelling back to South Wales. Rubin Colwill played a smart lay-off inside Leeds’ box, allowing Evans to score his thirteenth goal of the season only minutes from full-time.

City continued to assert their dominance over ten-man Leeds, and a solid defensive effort from the Bluebirds’ backline ensured that they claimed a well-earned clean sheet as well as all three points.