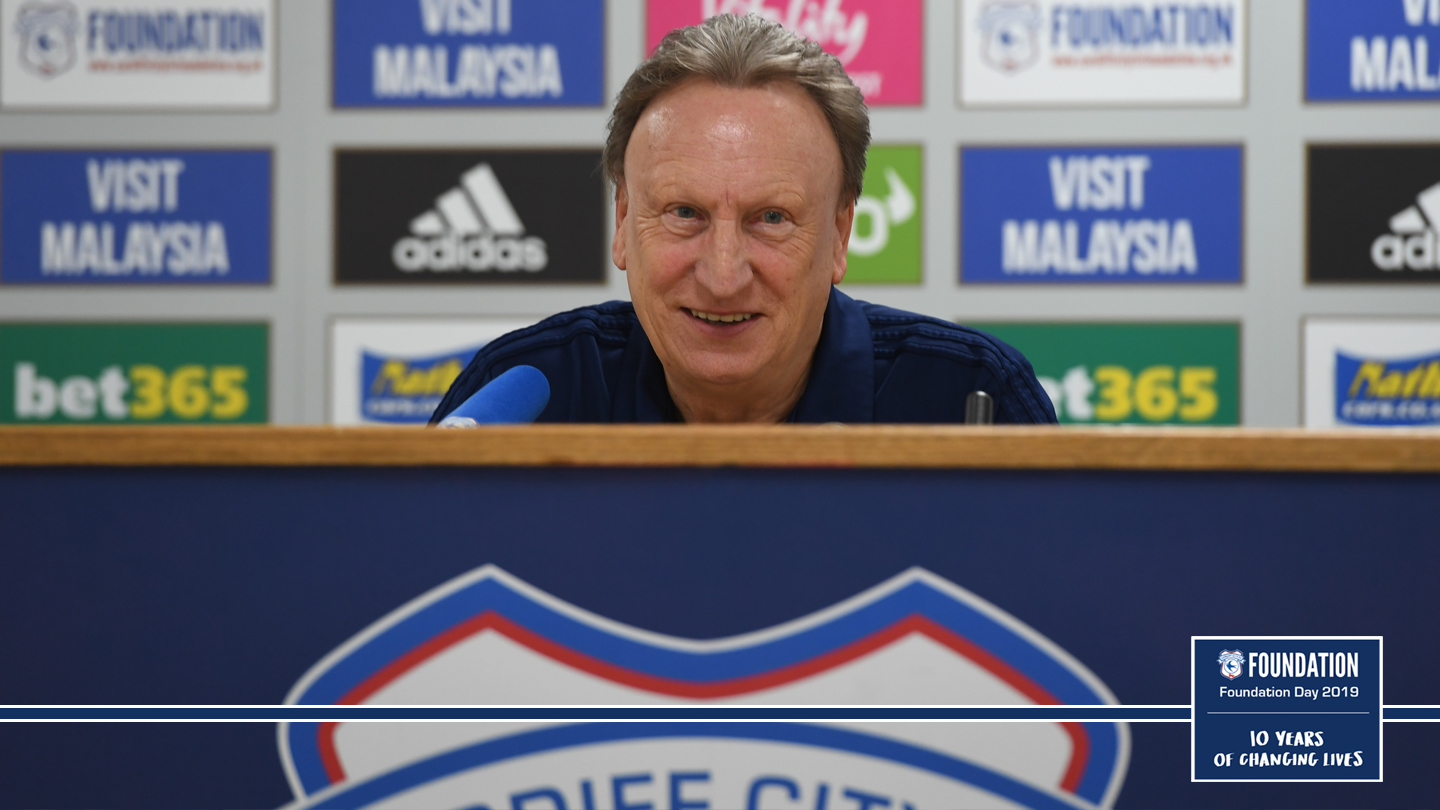 Warnock Pre-West Ham United: It's down to us now

The Gaffer highlighted the importance of putting in a positive performance against the Irons, with City set for an extended break following Saturday’s match.

“It’s not what you’d want really but you can’t do anything about it,” he said of the Bluebirds' fixture list. “I think it’s a very important game in the calendar, but there are other games between now and the end of the season that will become must-win.

“You can see the disappointment amongst the lads of not playing up to their standards. We’ve got to get back to that now. The lads are positive though, and we need our match-winners to hit the heights that they can in the last nine matches.

"We have to go at it from the start. It’s down to us now - we’ve got to focus on ourselves and put pressure on other teams."

Saturday sees us celebrate Foundation Day 2019, as the Bluebirds Charity mark 10 years of changing lives in the Welsh capital.

Neil also praised their work, adding: “I’ve witnessed first-hand what our Foundation staff undertake on a daily basis and they really are helping to change the lives of thousands of people in our local community.

“A few of the lads have been out and about visiting schools and projects this past week and I know that they’re proud of what their club is doing and are more than pleased to play their part.”