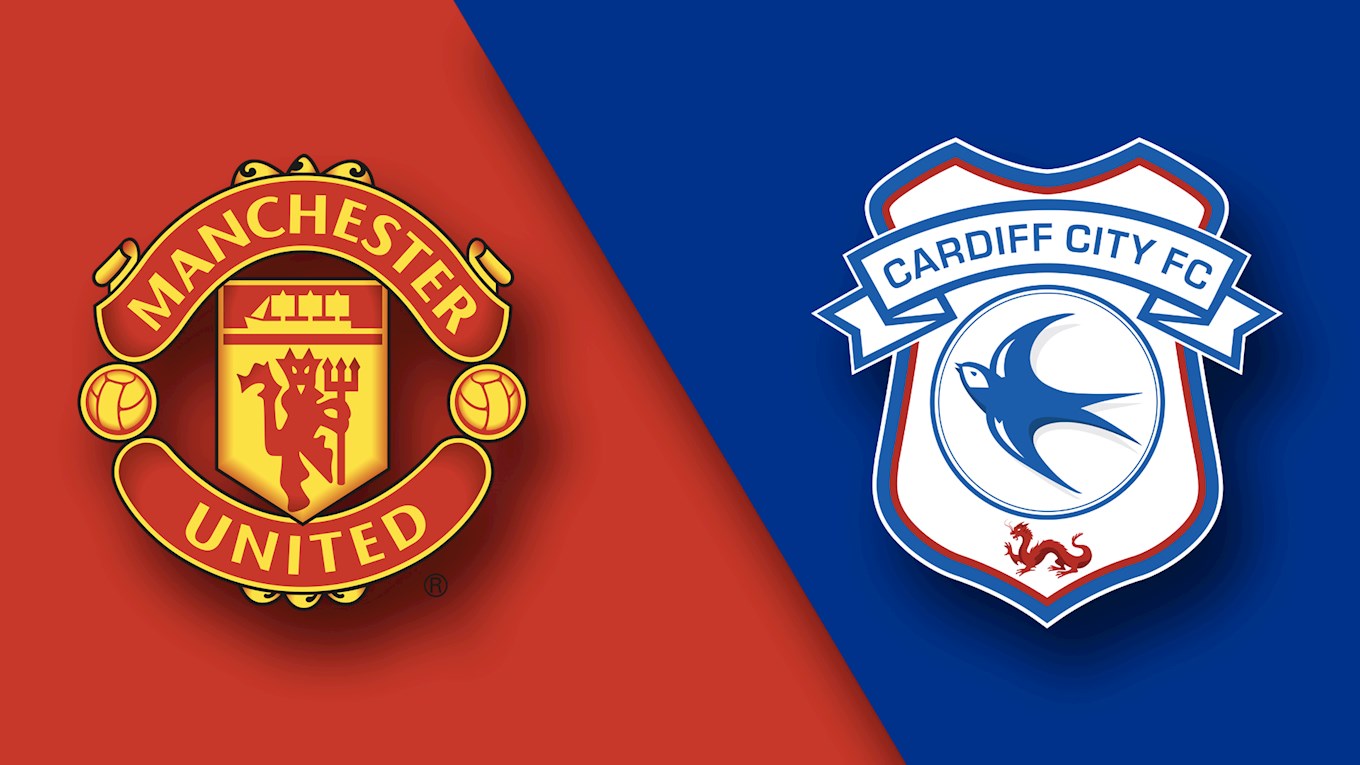 The Bluebirds face the Red Devils at Old Trafford for our final Premier League match of the season..

Cardiff City travel to Manchester to face a United side without a win in their previous four Premier League encounters. Their last taste of victory came at home against Manuel Pellegrini’s West Ham on 13th April. The 13-time Premier League champions’ most recent match saw them draw 1-1 with last-placed Huddersfield Town - the result ending United’s chances of UEFA Champions League qualification.

Earlier in the season, United exited the Carabao Cup and FA Cup at the hands of Derby County and Wolves respectively. Despite a disappointing Premier League campaign, the club reached the Quarter Final stages of this season’s UEFA Champions League, defeating Paris Saint Germain on away goals in the last 16, before bowing out to Barcelona.

On the 19th December 2018, Ole Gunnar Solskjær was unveiled as the club’s caretaker boss, following the departure of José Mourinho.

After a formidable run of form which saw him triumph in his opening six Premier League fixtures, the 46-year-old was handed the role on a permanent basis on 28th March. Since the boss put pen-to-paper to a three-year contract at Old Trafford his side have registered two wins from nine matches in all competitions.

Prior to his current job, the Kristiansund-born boss managed Molde FK, who he guided to two Norwegian First Division titles. He joined the Bluebirds in January 2014, but after a spell which saw him secure nine wins from 30 matches in charge, the Norwegian departed the club and later reunited with Molde FK.

During his playing days, he was a club legend for the Red Devils, with whom he collected six Premier League titles and two FA Cups. His greatest achievement at the club came when his famous winning goal against Bayern Munich in the 1999 UEFA Champions League Final sealed the club’s treble during their 1998-1999 campaign.

The Red Devils are set to be without several senior players ahead of this Sunday’s encounter. Eric Bailly, Sergio Romero, Jesse Lingard, Romelu Lukaku and Antonio Valencia all missed the club’s last Premier League encounter against the Terriers, whilst Alexis Sánchez also remains a doubt after he was forced off through injury against Jan Siewert’s men.

Former Bluebirds fans’ favourite Fábio da Silva made 56 appearances for our opponents, netting 3 times. During his time in Manchester, he won the 2010-2011 Premier League title as well as the Community Shield in the same season. At the end of January 2014, the Brazilian joined the Bluebirds during our 2013-2014 Premier League campaign and represented the club 68 times in all competitions.

Federico Macheda is another to have represented both the Bluebirds and our opposition. The now 27-year-old netted five goals for the Red Devils from 36 appearances. The Italian’s most memorable strike came deep into injury-time against Aston Villa at Old Trafford in April 2009, stealing the headlines in a 3-2 win. In May 2014, he joined the Bluebirds and during his spell in South Wales he netted 8 times in 33 appearances. Macheda is currently plying his trade for Greek outfit Panathinaikos.

Wilfried Zaha won the Community Shield for the Red Devils in 2013, but after a lack of first team football, he signed for the Bluebirds on a season-long loan deal on deadline day in January 2014, going on to make 13 appearances for the Club.