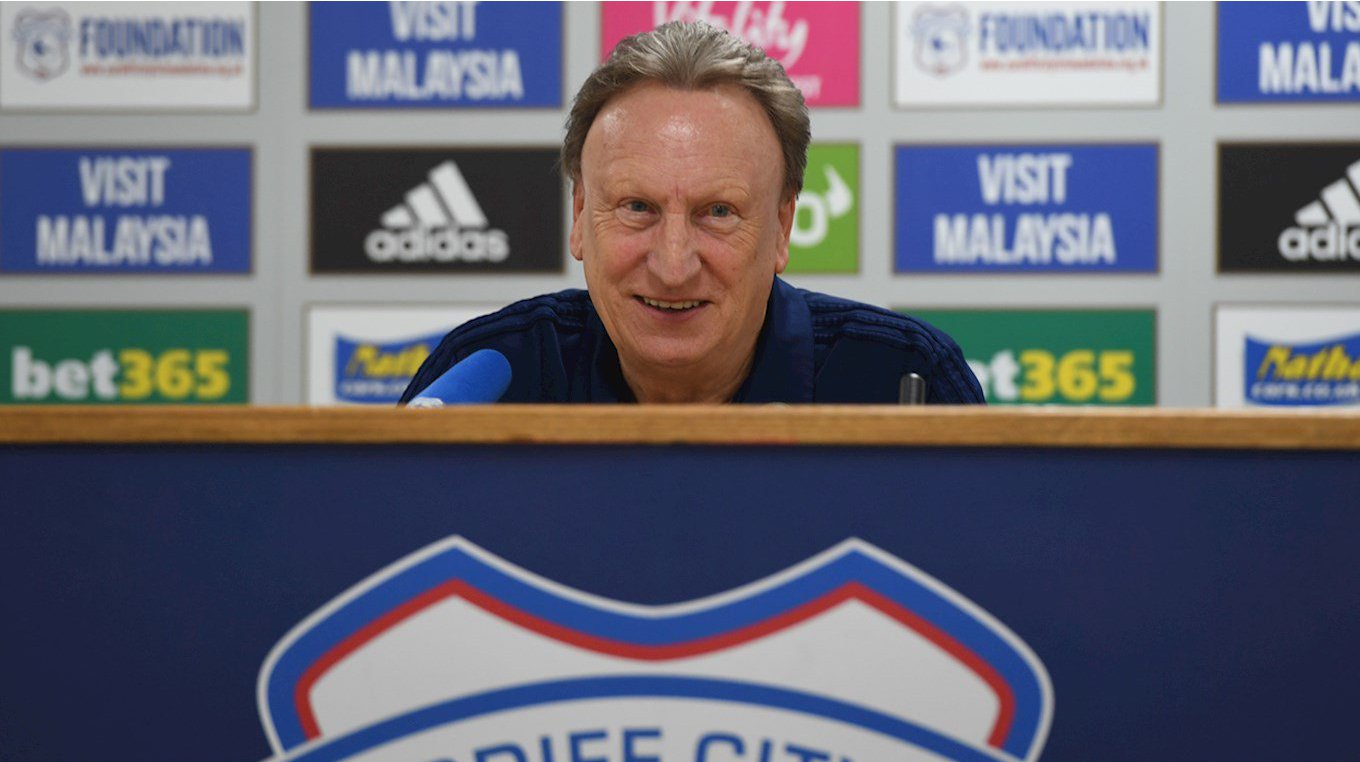 Warnock: I want us to have a real go

Neil Warnock held a pre-match press conference at Cardiff City Stadium prior to the Bluebirds’ last home game of the 2018/19 Premier League season.

Ahead of City’s final matches, against Crystal Palace and Manchester United, the Gaffer explained that his men must put everything into their hunt for victory over the Eagles this Saturday.

“We just concentrate on the Palace game now,” he began. “That’s all we can focus on and we can’t think of anything else.

“It would be nice to go to Old Trafford knowing that a win could keep us up - that’s my main objective at the moment.

“Of course, it’s disappointing that one or two more points could have put us in a better position. However, if you told us we’d still be fighting with a chance with two games to go, I think we may have accepted that earlier on in the season.

“I don’t want us to be tepid on Saturday now. I want us to have a real go.”

Only Manchester City have picked up more away points than Palace since the turn of the year, and the Gaffer went on to assess Saturday’s challenge in front of the Cardiff City Stadium faithful.

“They probably play their best football away from home,” he continued. “They’re set up well, with a solid defence and midfield, and attacking talents further forward.

“I don’t even need to ask the fans to be the twelfth man - it goes without saying. They’ve just been incredible, I think, and I’ve never seen anything like it.”

Finally, with Saturday seeing Aron Gunnarsson’s final home game as a Bluebird, the Gaffer finished by praising Gunnar’s huge impact on the Club over the past eight years.

“He’s been a tremendous servant,” said Neil. “The service he’s given us and the way he’s carried himself on and off the pitch has been a credit to the Club. I think he’ll always be a favourite down here at Cardiff City Stadium.”