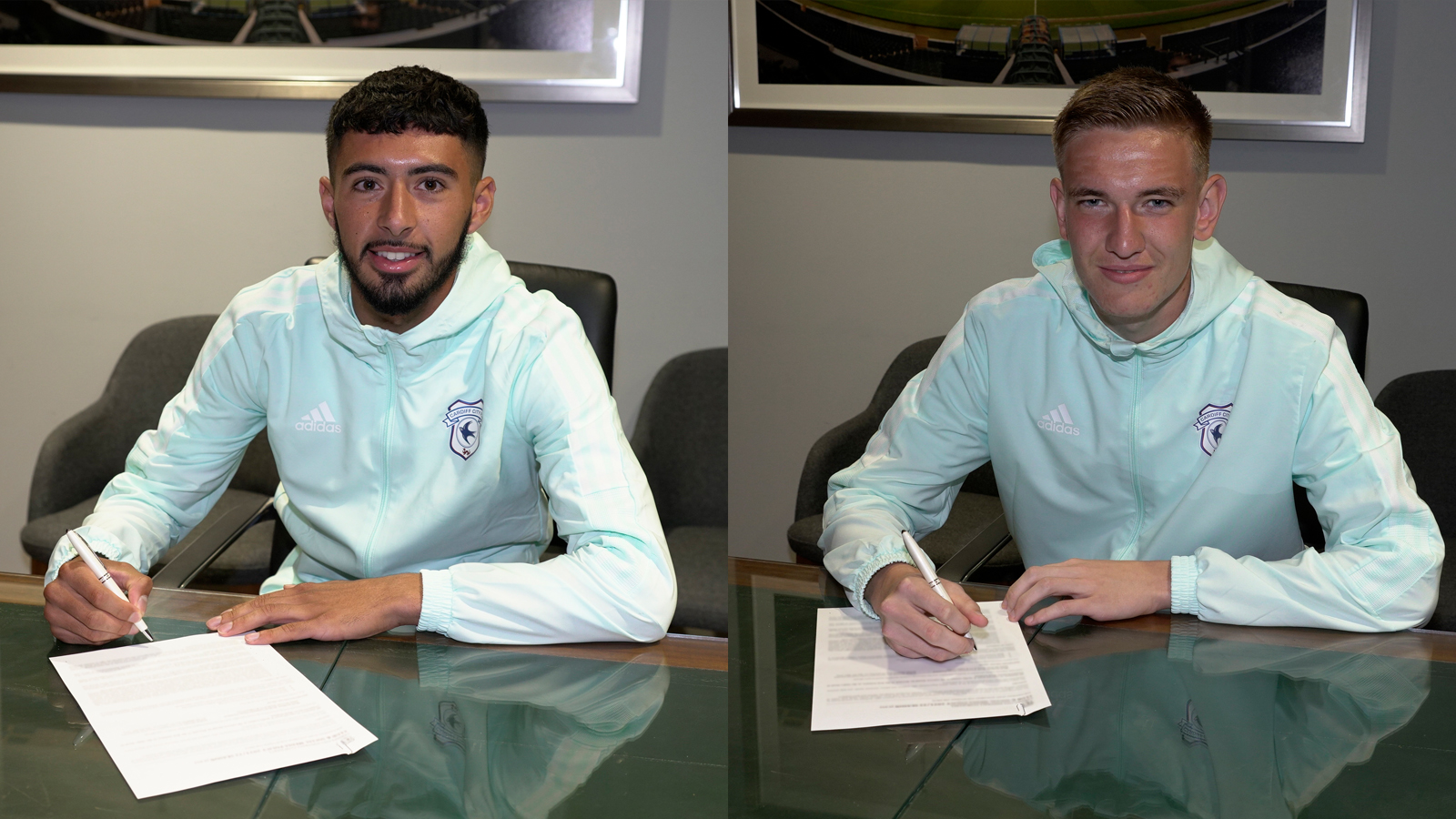 In the last week, two new recruits have joined up with the Bluebirds' Academy for the 2021/22 season.

Following successful trial periods, both Jack Leahy and Matthew Turner have put pen to paper on contracts to join the U23 setup.

Upon his arrival, the 18-year-old said: "It's an overwhelming feeling signing for the Club and I'm ready to knuckle down and put everything into my time with Cardiff City.

"I'm looking forward to working with both Steve Morison and Tom Ramasut, they have a lot of experience and knowledge, and I'm sure that I'll learn a lot from them. Everybody has made me feel really welcome, and I feel like I've been here for ages despite having joined recently!"

Formerly of Leeds United, 18-year-old Turner adds more depth to the goalkeeping ranks in the U23 squad. His contract will see him remain with the Club until June 2023.

The 'keeper also shared his excitement at having linked up with the Academy, saying: "It's a great feeling to get it over the line, having trialled over the last few weeks. It's a proud moment not only for me but for my family as well.

"The coaches have a massive amount of experience throughout the Club, and it'll be really good to learn as much as possible from them. I'm looking forward to the opportunities that will arise from my joining Cardiff City, beginning with looking to play for the U23 side."

U23 Lead Coach Steve Morison also explained his satisfaction with the new additions to the U23 squad, adding: "Both Matthew and Jack were players that were on our radar over the summer, and it was a matter of waiting to get them in on trial.

"We needed another goalkeeper and another wide player to fit into our group and contribute. Jack scored for us whilst on trial and has been excellent, while Matthew also impressed beforehand whilst on loan at Haverfordwest County last season. We're glad to get both contracts over the line.

"As I've mentioned before, we look for players that won't block any existing pathways for development, and that's exactly what we've done here. We want our U23 players to have that clear pathway so that they can develop well into senior professionals."