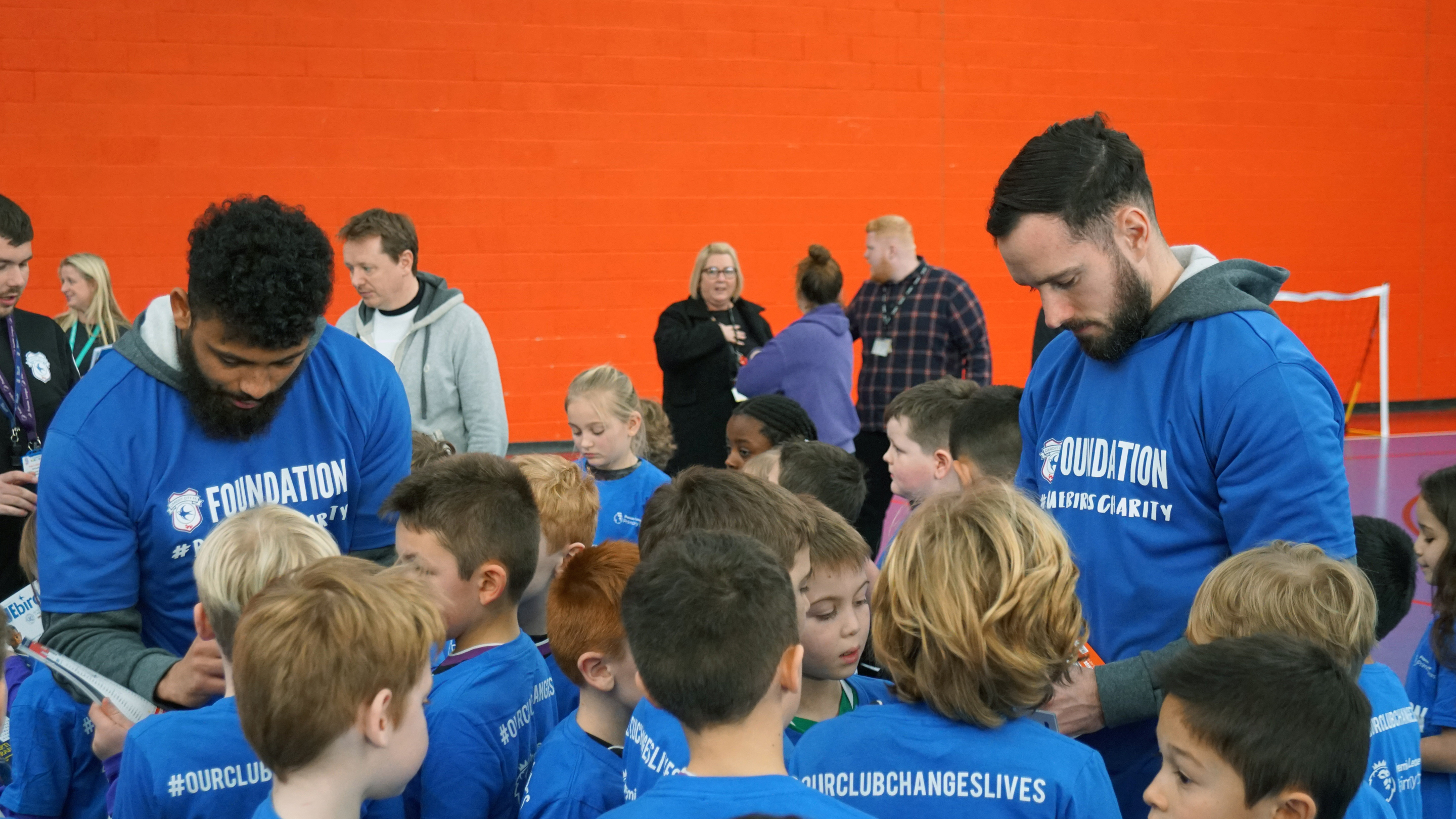 Cardiff City will today be recognised as winners of the EFL Community Club of the Year Award for Wales at the Houses of Parliament.

Chosen for the outstanding impact they have on the people within their communities, Cardiff City are one of six regional winners selected for the programmes they deliver in a number of important areas, including diversity and inclusion, education and health and wellbeing.

These EFL Club Community Organisations (CCOs) are all worthy winners and showcase the quality of delivery taking place across the country at EFL Clubs nationwide. The impact of the work is unparalleled and highlights the power of football as a force for good.

The 2020 regional winners for Community Club of the Year are listed below alongside details of their community impact:

The judges were impressed with Cardiff City FC Community Foundation’s continued commitment to providing an inclusive environment for participation across all areas of their work. Its work engaging over 23,000 individuals has seen the organisation recognised in the industry, receiving a number of high-profile accolades this year.

Middlesbrough FC Foundation launched a new community strategy with a core principle of ‘making a difference by being different.’ Through a number of specific projects, such as RiverSideBySide and ‘The Boro Bus’ it has been able to improve community cohesion, health provisions and education in one of the most deprived areas of the country for over 35,000 people.

Focusing on three priority areas of schools, community development and training and skills, Wigan Athletic have continued to create a stronger community in their surrounding area. The partnership between the CCO and Club is a key factor in the success of Wigan Athletic Community Trust’s programmes and delivery to over 14,000 individuals.

Over 30,000 individuals participated in Derby County Community Trust programmes in 2019 - its highest number to date. Its commitment to creating meaningful experiences, working closely with a range of partners, impressed the judges and the impact of the Club’s work is apparent across the community.

Charlton Athletic Community Trust impressed the panel with its continued ability to increase engagement (to over 46,000 people), participation and investment in programmes and activities within its locality on a huge scale. In particular, their Crime Reduction Project which has significantly impacted the lives of over 2,000 young people in the area by combatting anti-social and criminal behaviour was a standout feature of their entry.

Crawley Town was recognised for its innovative approach to projects and their ability to continually improve programmes and services, particularly within its National Citizen Service delivery. Despite being a smaller CCO in terms of annual turnover than our other winners, Crawley have been able to introduce projects such as the Crawley Old Girls and the CCO was also chosen as one of the 12 EFL Clubs to launch the EFL Trust’s ‘Extra Time Hubs’.

The six Clubs will be honoured and will receive their awards at the House of Commons on Monday 2 March.

The overall winner of the 2020 Community Club of the Year Award will be announced at the EFL Awards on Sunday 19 April in central London.