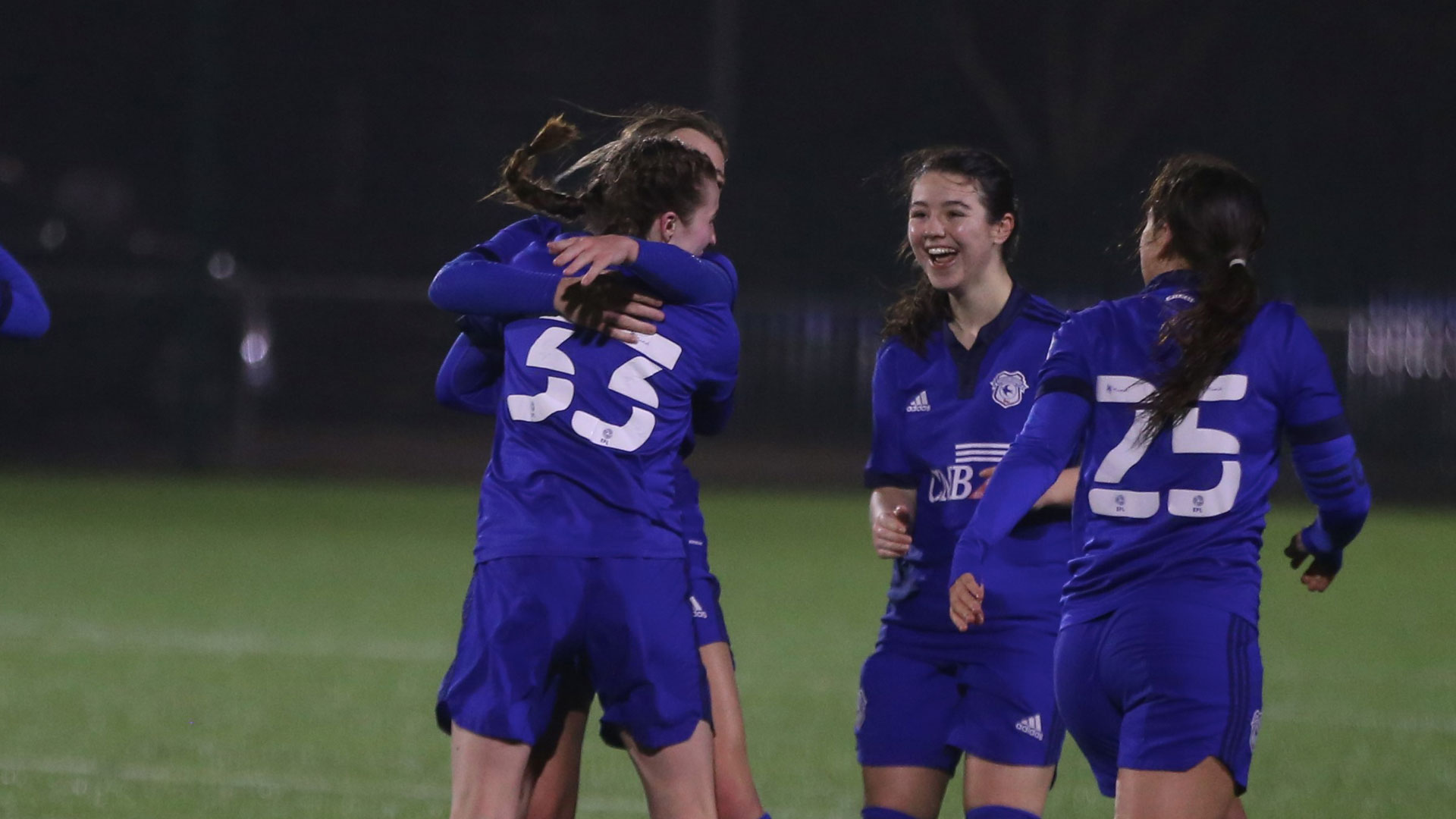 One week ago, Cardiff City FC Women U19s were crowned champions of the Adran South U19s after a stellar campaign for City’s exciting prospects.

After a competitive opening period, Scott Davies’ side found a key breakthrough just before the break, as Michaela Major and Eliza Collie, who have both impressed this campaign, found the net to give City control.

Winger Mikayla Cook added a third in the second-half, before Major and Collie both secured their braces to give the Bluebirds the title.

The victory marks a great season so far for the women’s programme, with the U16s and first team also taking huge strides.

Boss Davies expressed that the feeling at the full-time whistle was one of huge pride.

“As soon as the final whistle went, I was just full of pride,” he began. “The team have worked so hard for the past two years, those that have been here since day one when we started the under 19s and all the additions along the way. This squad is fully deserving of the success, it’s a special group with a special bond, which I am so lucky to be able to coach.”

The U19s setup was introduced at the Club two years ago and has since been gradually improving. After working tirelessly as head coach under difficult circumstances due to the pandemic, to now guiding the side to top spot, the title win means a great deal to Davies.

“It really means the absolute world to me. There had been so much uncertainty around the initial set up of the U19s league. From starting the recruitment of the team two years ago whilst being in lockdown and then to find out there would be no competitive football for the first year was very challenging.

“It has probably been one of the hardest things I’ve had to do so far in my coaching career to keep a group of players engaged week in week out without any competitive football. But again, huge credit should go to all the girls for their resilience and character to work hard in training every week. Last night was the perfect reward for all the hard work. We look forward now to the national final on 10th April against Wrexham."

He continued: “I think it’s a massive step for the women’s programme at this Club. Coming towards the end of my fifth season here, it has never been in such a healthier place, it makes me so proud to be a part of it. You can already see how much the U19s have developed this season with a lot getting first team opportunities.

“Huge credit should go to Iain (Darbyshire), whom without, none of this would be possible. We are all very grateful for the hard work and dedication he gives to this Club every day.”

It’s been a hugely successful season for the women’s programme across all age groups, with the U16s  competing admirably in their inaugural season in the SWWGL U16 Division One, along with reaching the final of the prestigious FAW Girls’ Cup.

The first team have also seen huge improvements this term, ending Swansea City Ladies’ three-year unbeaten run and reaching two domestic cup finals. With one trophy now under the belt, Davies stressed a desire to make it a memorable campaign across all age groups.

“Winning silverware a been a long time coming, that’s for sure. Since myself and Iain joined the club five years ago we’ve always said we would love to add more silverware.

“To now finally get the chance to do so feels incredible. We have such talented squads across the U16s, U19s and first team, which you are seeing with the potential of winning plenty of trophies this season across the whole club.”