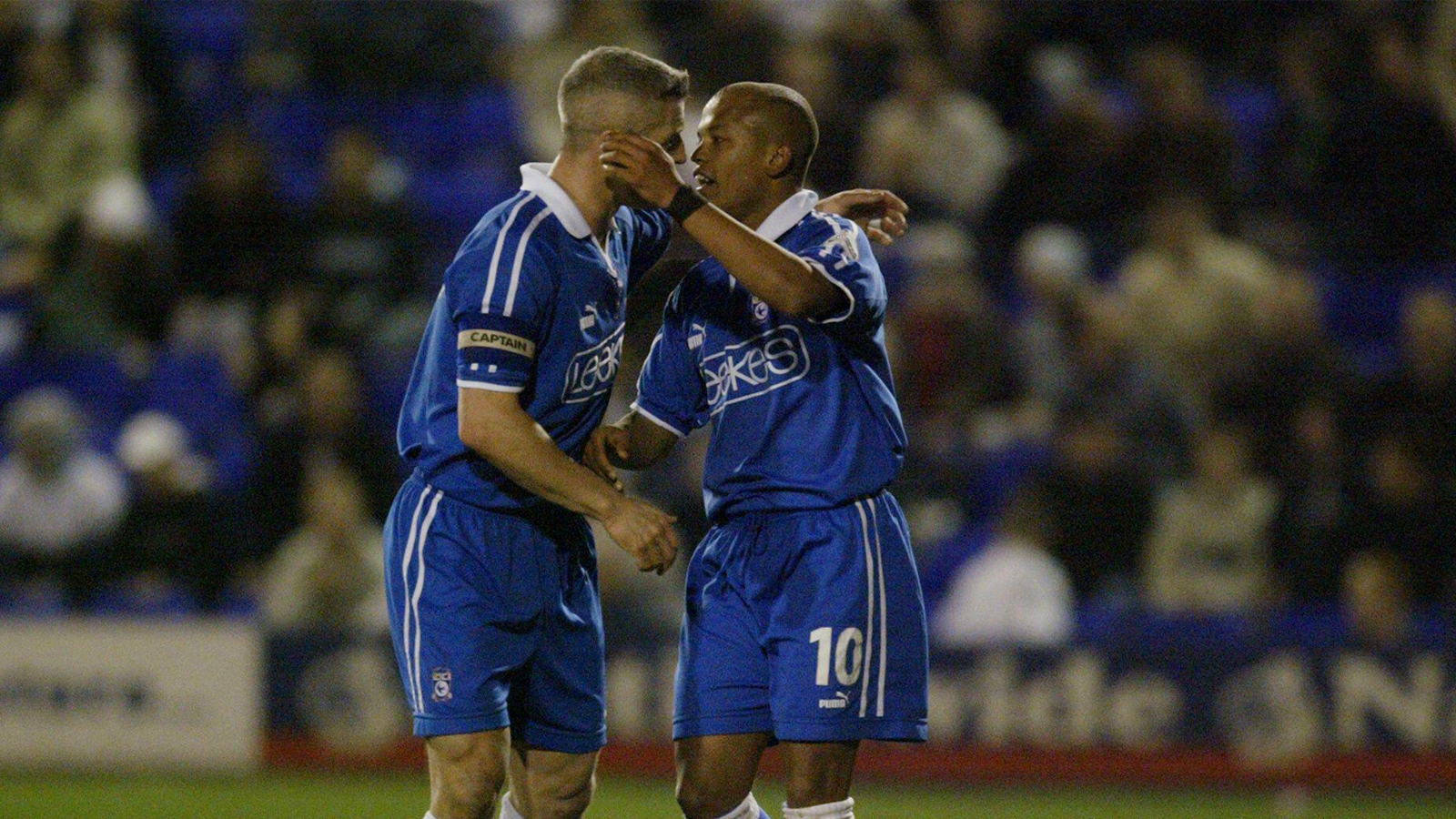 As the Bluebirds prepare to face AFC Bournemouth in our final game of the calendar year on Thursday, we take a look back at a fine away display against the Cherries in 2002.

Alan Cork’s side travelled to Dean Court on February 5th, 2002, having made a positive start to the new year with back-to-back wins over Wycombe Wanderers and Stoke City.

A narrow 1-0 defeat at Brighton & Hove Albion halted City’s progress however, meaning that the 10th-place Bluebirds were looking for a reaction on the south coast.

In front of 4,336 fans, including a strong away following, City did just that, with a fantastic away performance securing an important 3-1 victory.

Former Republic of Ireland international Graham Kavanagh netted the first goal for Cork's men after 15 minutes, one of 13 league strikes for the midfielder that season.

it was a prolific campaign for Kavanagh, who impressed throughout the term and went on to finish the year as the club’s top scorer with 16 goals in all competitions, including a memorable free-kick against Leeds United in the Third Round of the FA Cup.

City showed their quality to find a second goal six minutes later through striker Robert Earnshaw, who, playing in his fifth season as a Bluebird, netted on 15 occasions.

It was the following year in which Earnshaw would go on to make history at the club, scoring a remarkable 35 goals in 2002/03 to break both the 56-year record of 30 league goals held by Stan Richards and the record of Hughie Ferguson of 32 goals in all competitions.

The Bluebirds made sure of the three points in the second half, with Irish midfielder Willie Boland adding a third. Boland went on to make over 200 league appearances for the club over seven seasons, departing in 2006.

In the following weeks of the campaign, defeats to Brentford and Wigan Athletic saw Cork replaced as manager by Lennie Lawrence, who led the Bluebirds on a promotion charge.

City were hugely impressive in the season’s remaining fixtures, with Lawrence’s men finishing the campaign with a 13-game unbeaten run.

With the club finishing fourth in the table, Stoke City were the opponents in the Division Two Play-Offs, with the first leg at the Britannia Stadium.

The Bluebirds put in another fantastic away performance, with Earnshaw and Leo Fortune-West’s goals giving City a 2-1 advantage at the halfway point.

In the reverse fixture at Ninian Park, Lawrence’s side fell to a 2-0 defeat, with Stoke going on to earn promotion to Division One.

Despite the Play-Off disappointment at the end of the campaign, the Bluebirds’ fantastic away performance at Bournemouth played a part in City’s fourth-placed finish, and set the wheels in motion for a successful campaign the following year, which culminated in a famous 1-0 victory over Queens Park Rangers at the Millennium Stadium.