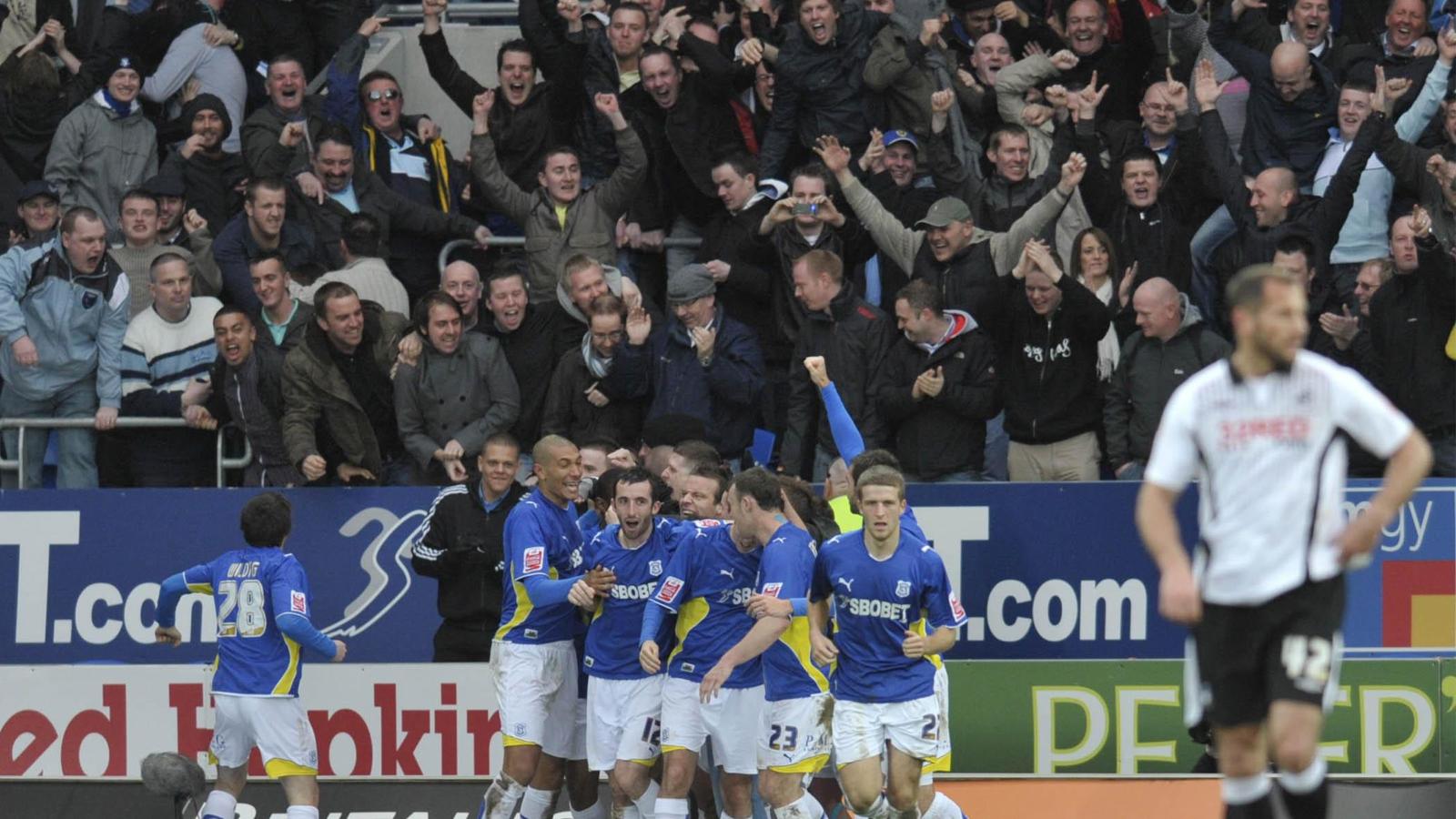 As the Bluebirds prepare for the South Wales derby at Cardiff City Stadium on Saturday, we take a look back at an iconic goal against the Swans back in 2010.

In 2010, @MichaelChopra netted a stoppage time winner in the South Wales derby! 💙#CityAsOne

City came into the match sitting in 4th position in the Championship table, with the visitors just behind in 5th. The Bluebirds held a three-point lead over the Swans in the race to secure a Play-Off spot, adding an extra incentive to the first South Wales derby to be played at Cardiff City Stadium.

The Bluebirds had not tasted derby victory since 1997 and hadn’t beaten the Swans at home for 17 years, but the hosts stepped up admirably.

Spaniard Andrea Orlandi gave the visitors the lead in the 28th minute, as his right-wing corner found its way past everyone in the box and flew straight into the net.

The Bluebirds’ reaction was hugely impressive however, with Michael Chopra, who had returned to the club from Sunderland the year prior, poking the ball home from Jay Bothroyd’s knock-down header to level proceedings after 42 minutes.

It had been a prolific campaign for Chops, who had netted 14 goals for the Bluebirds before the derby clash. However, after a wonderful start to the season, the striker had been without a goal since late January, but took his chance well from close range to send the teams in at the break with the score tied.

In the second period, another memorable moment was provided by City legend David Marshall. Swansea striker Shefki Kuqi thought he had snatched victory with a downward, goal-bound header, only for Marshall to produce a top-class save with his feet to keep the score at 1-1.

The Scottish goalkeeper’s brilliant stop gave Chopra the platform to steal the headlines in added time. With two minutes of second-half stoppage time played, the striker pounced on substitute Aaron Wildig’s header inside the Swansea box and clinically finished past Dorus de Vries to give the Bluebirds a dramatic derby-day win.

As City saw out the final few phases of play, 25,130 Bluebirds supporters erupted in celebration in the highest-attended South Wales derby in over 50 years.