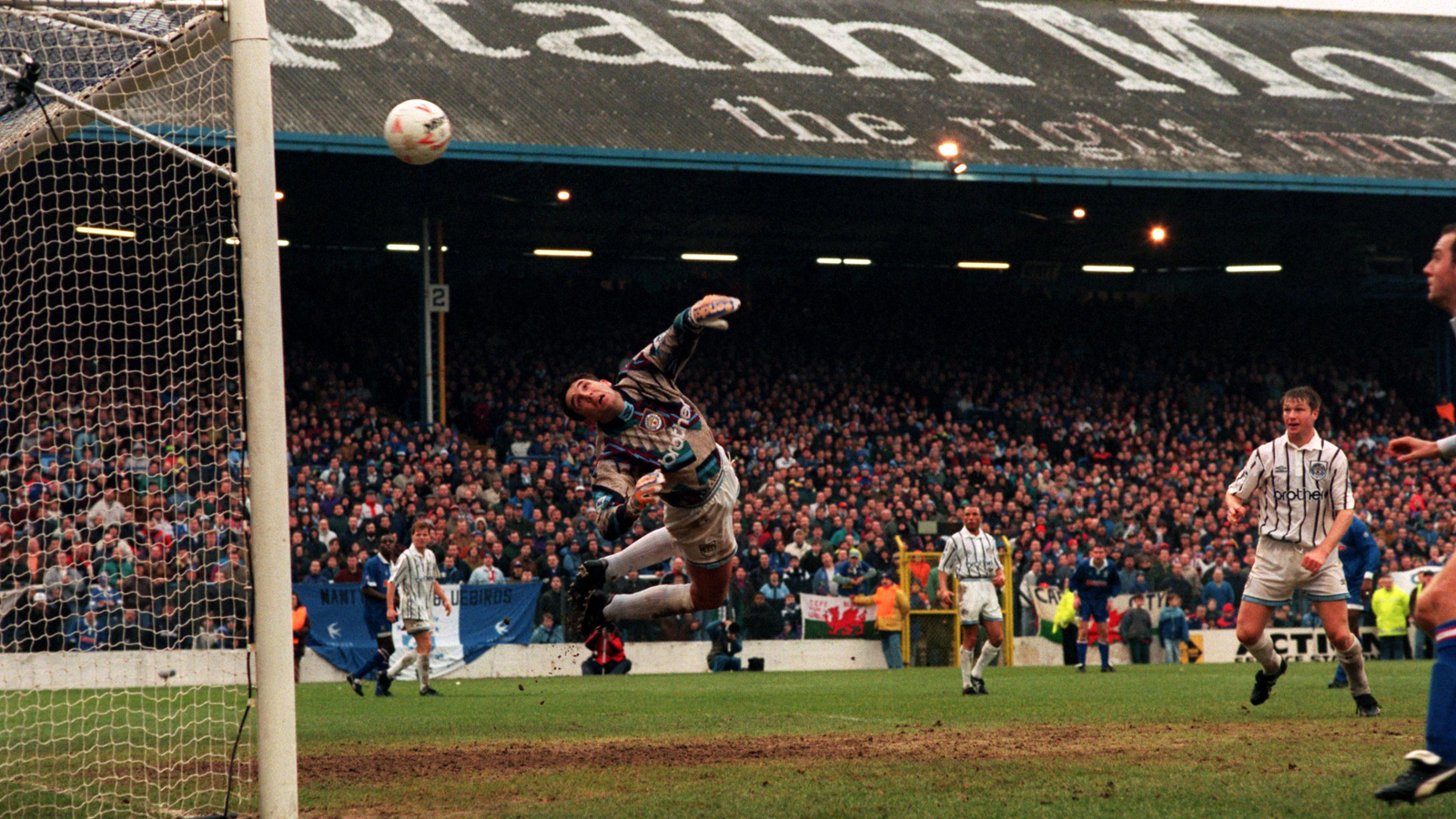 Ahead of City's FA Cup Third Round tie against Carlisle United on Saturday afternoon, we take a look at a notable FA Cup run in the Club's history... 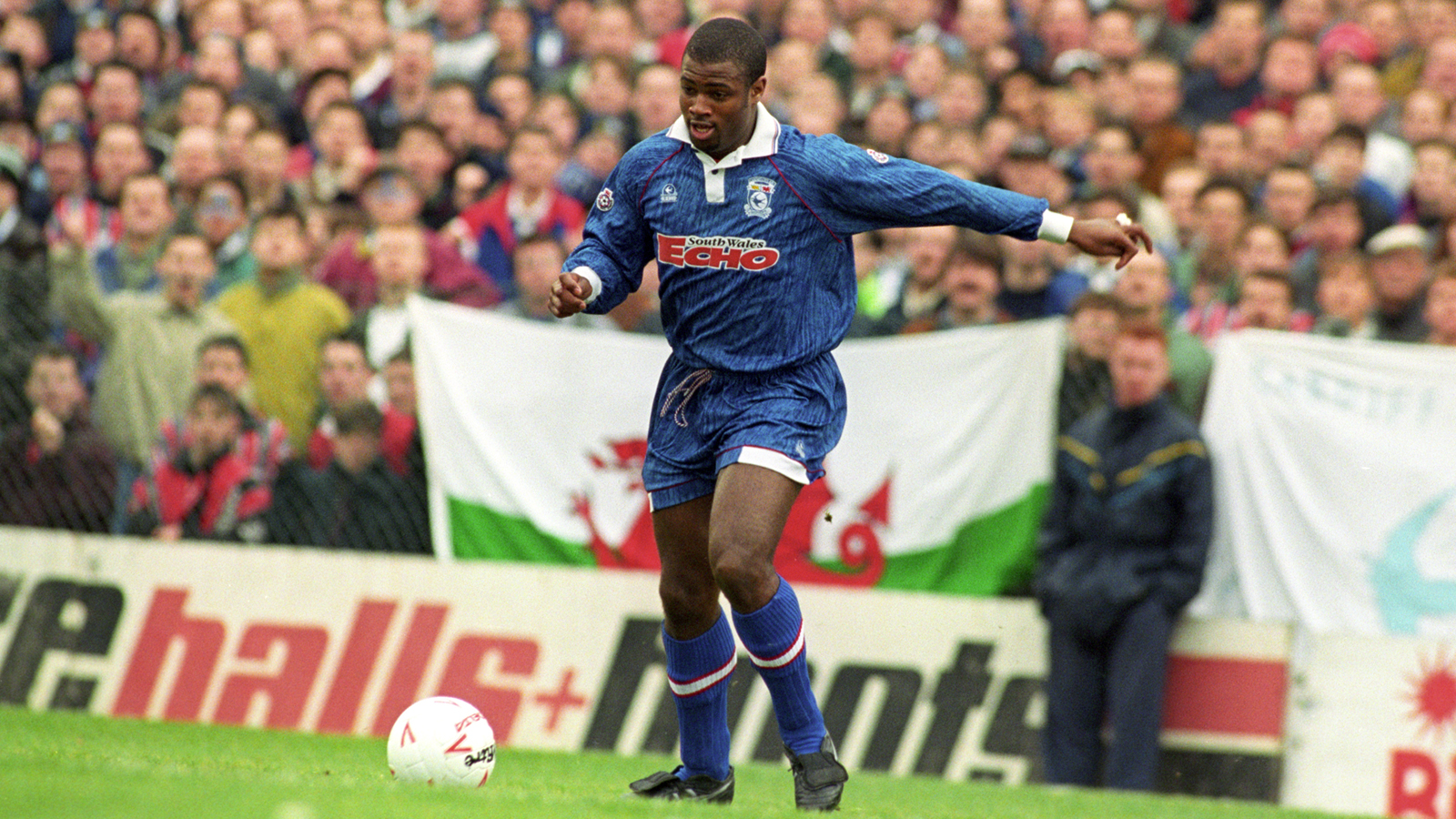 The Bluebirds were a side that had recently been promoted to Division Two as they started out on their FA Cup campaign for the 1993/94 season. Having returned to the third tier for the first time since 1990, City began what would turn out to be a notable run in the competition in the First Round, drawing against non-league Enfield away from home before then defeating the E's 1-0 at Ninian Park through Nathan Blake.

Set to play against Brentford in the Second Round, their trip to Griffin Park was the second in as many months, having previously drawn 0-0 against the Bees in a league fixture in November 1993. With the Bluebirds eager to break the deadlock, it was an unlikely source that opened the scoring for the Bluebirds, however.

Brentford defender Shane Westley opened the scoring for City with an unfortunate own-goal before the interval, with Phil Stant and Anthony Bird each finding the net in the second half to beat the hosts, with Damon Searle, Jason Perry and Lee Baddeley putting in a solid defensive effort on the other end as City progressed to the Third Round. 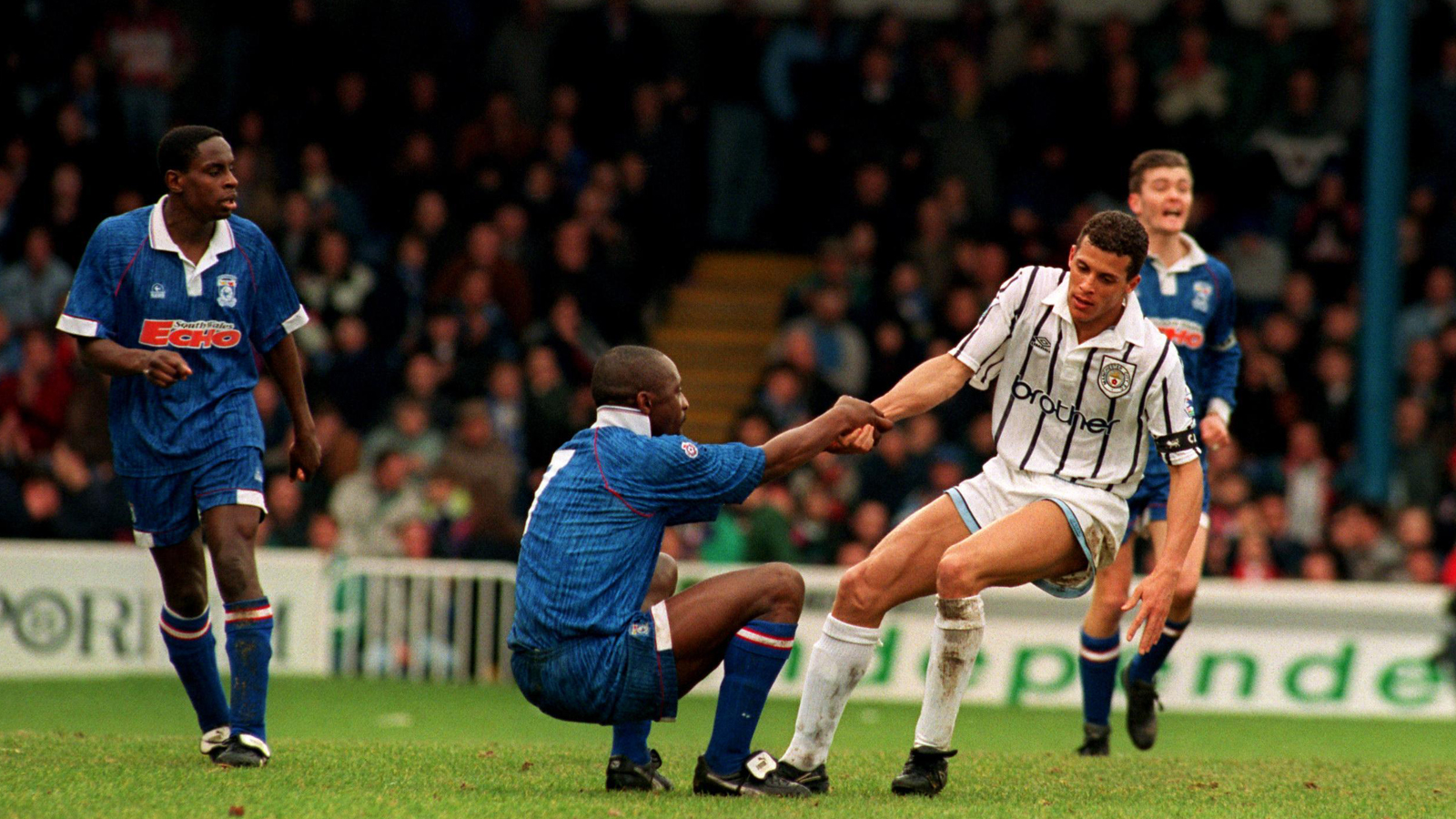 A match against Middlesbrough left the Bluebirds undaunted by the challenge of playing against a side from the division above, as they welcomed Boro to Ninian Park on January 8th, 1994.

Boro went ahead in the first half with a goal from Paul Wilkinson, though the Phil Stant was quick to equalise for the hosts. Once again the visitors took the lead in the 82nd minute, but Garry Thompson was on hand to equalise yet again for City, securing a replay at Ayresome Park 11 days later.

For the 13,000 who attended Ninian Park to spur on the Bluebirds that day, their support didn't go unnoticed. Even Boro manager Lennie Lawrence, who in his own time would become more acquainted with the atmosphere generated in South Wales, commented after the match that "It was like Wales vs. England for a bit in the second half."

The Bluebirds made their first trip to Ayresome Park in nearly 10 years as they succeeded in reaching the Fourth Round in extra time. Phil Stant opened the scoring for City, only for Boro's Graham Kavanagh to equalise with ten seconds of normal time remaining.

For the second time in the campaign, it came down to Nathan Blake to find a winner as he had against Enfield, surprising the hosts as the Bluebirds reached the Fourth Round for the first time since 1987. 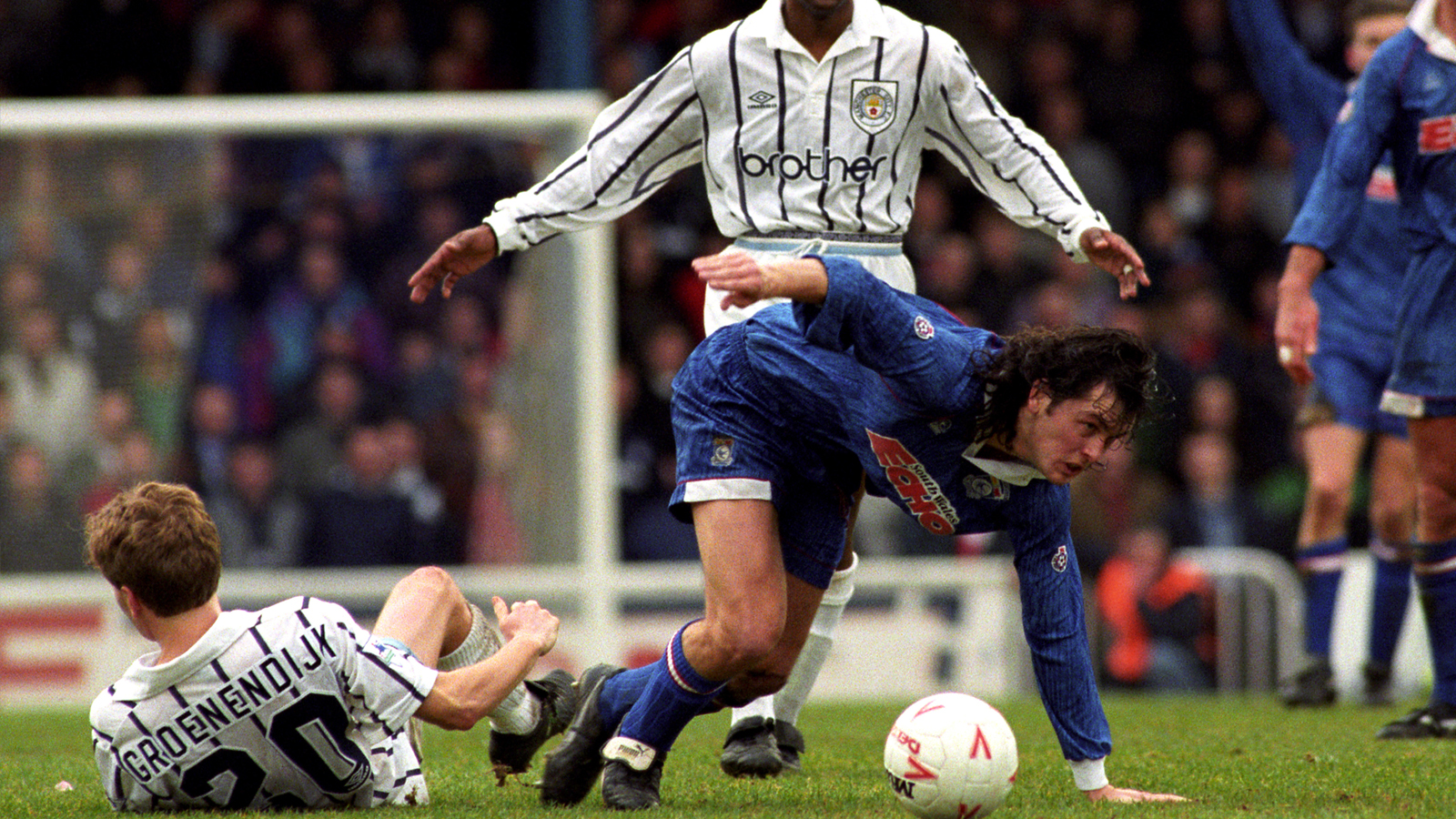 City's good run only got better as they looked to host Premier League club Manchester City on January 29th, 1994. With huge anticipation for the upcoming fixture, tickets at Ninian Park sold out within four hours.

In front of 20,486 in the stands at Ninian Park, the stage was set for the Bluebirds to pull off a historic result against the Citizens.

The hosts fought to keep the visitors from gaining the advantage throughout the first half, pressing to keep on top of their opponents and cut out their chances from shooting, with the back line holding strong against the visitors.

Following their fine performance against the Premier League side, the Bluebirds took their lead in incredible style thanks to the left foot of Nathan Blake. The forward, who had turned 22 years old only days earlier, dribbled past two defenders before curling home in the 63rd minute, finding the top left corner as his effort flew past Tony Coton in goal.

There was more drama with only ten minutes remaining as the visitors were awarded a penalty kick after David Rocastle went down inside City's area. England international Keith Curl stepped up to take the kick from the spot, only for it to be saved by City 'keeper Mark Grew.

The final whistle blew and an overjoyed home crowd rushed onto the pitch to celebrate; Cardiff City had defeated a giant in South Wales. 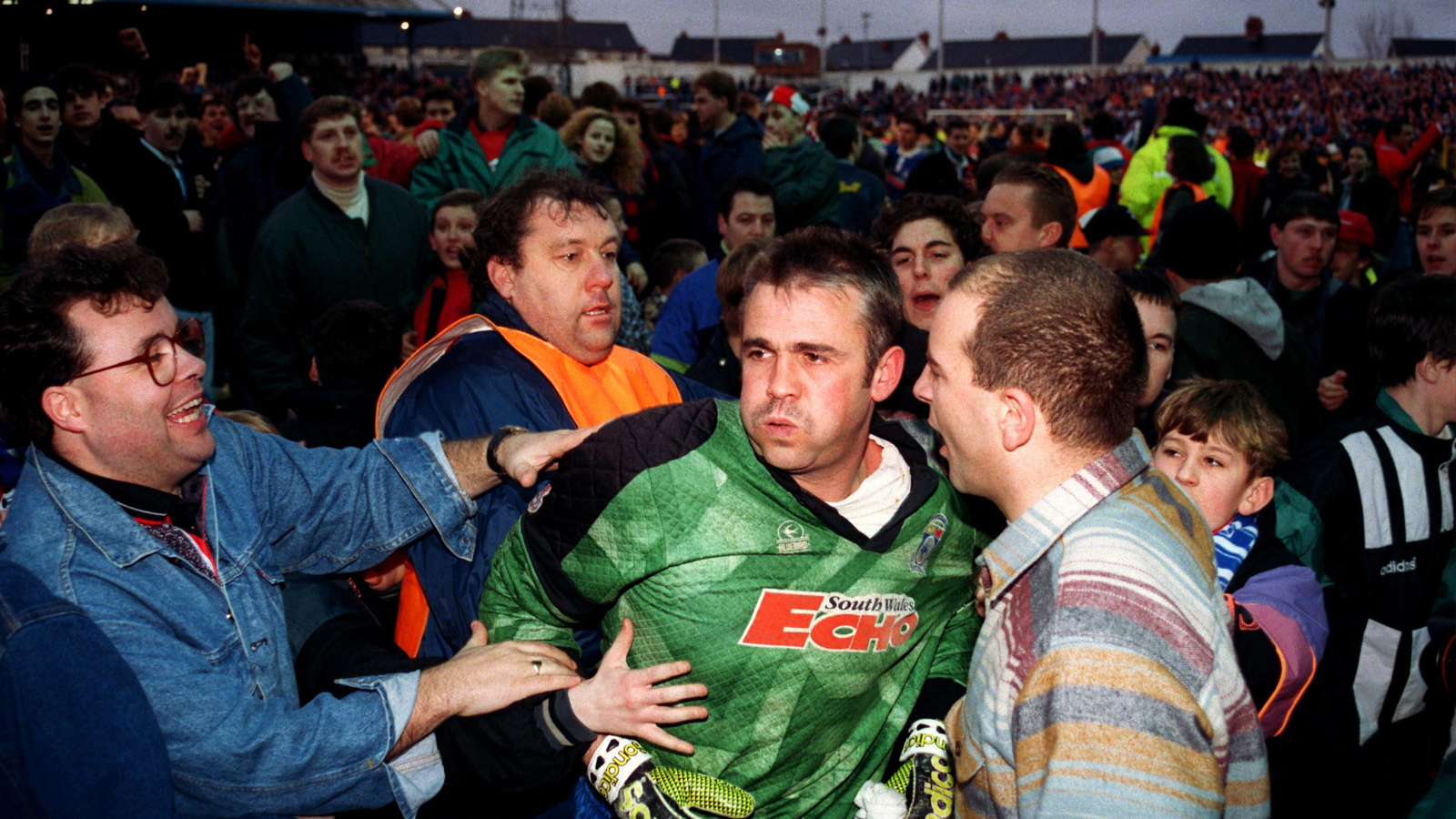 Though the Bluebirds would go on to lose the following round against Luton Town a few weeks later, the Division Two side had overcome many challenges and surpassed all the other teams at their level in the tournament, attracting thousands to Ninian Park and giving Bluebirds everywhere a campaign for the history books.