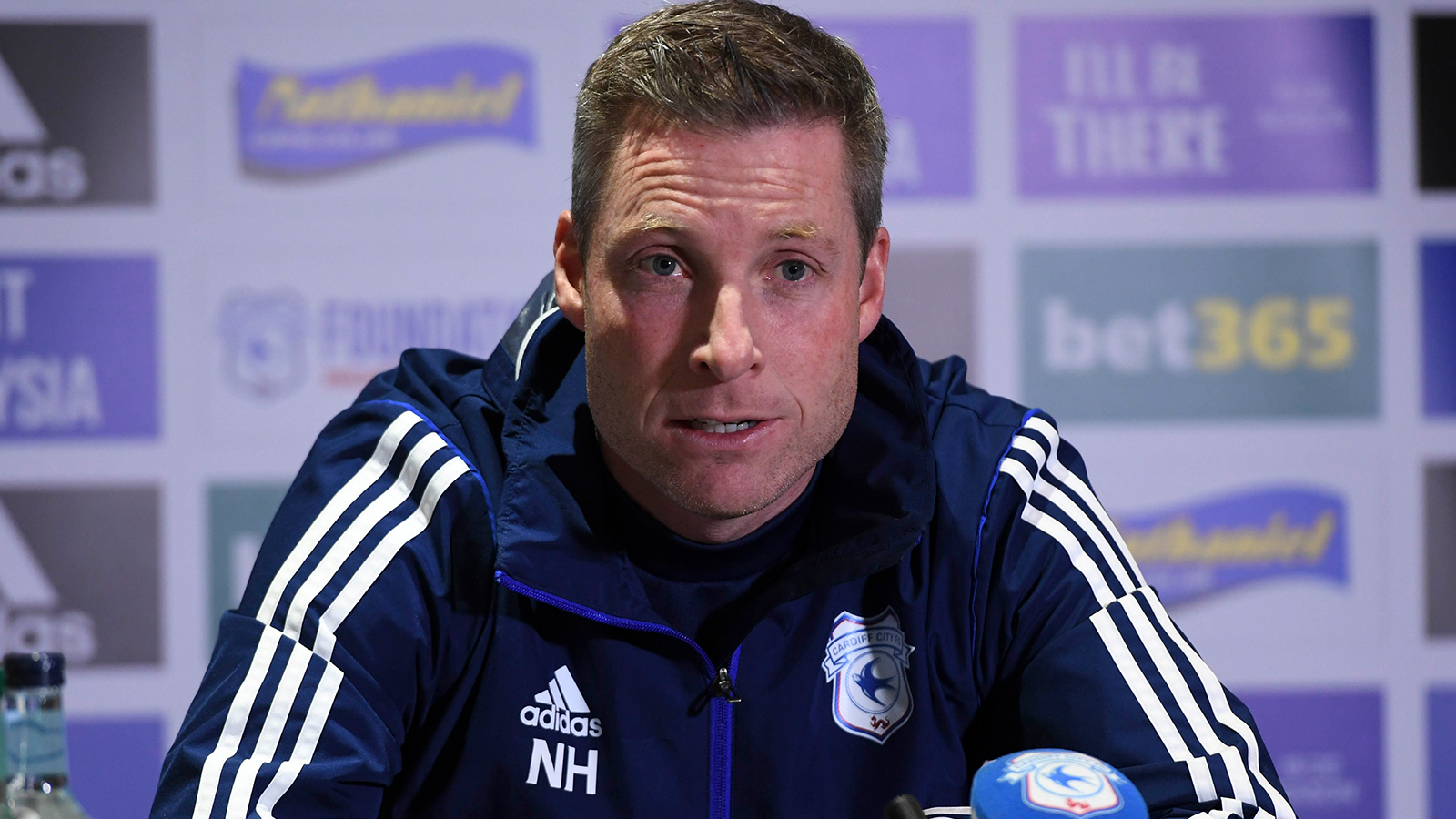 Harris | I want to see a hunger from my group

Ahead of City's FA Cup Third Round tie with Carlisle United on Saturday afternoon, City boss Neil Harris spoke to the assembled press at the Vale Resort.

Harris began his press conference by eyeing a response to the Bluebirds' hugely disappointing defeat to Queens Park Rangers on New Year's Day.

"We should have done better, both individually and collectively," he began. "It's something that hasn't just happened in the match against QPR, but throughout the season.

"We have to improve, and we will improve. It can't happen again, though you could isolate the incident given that three days earlier we were superb against Sheffield Wednesday.

"We are fully aware that we need to improve in certain areas on the pitch, and we do need to be better. We need to take on board that it happened and not brush it under the carpet. I want to see a hunger and mentality in my group tomorrow."

Looking ahead to Saturday's fixture, which will see the Bluebirds host the Cumbrians, Harris eyed the chance for his side to return to winning ways at CCS.

"It's a great game for Carlisle to come and play us," he continued. "And for us it's an opportunity to progress, with full respect to a team who are two divisions below us.

"It will be tough and competitive, and I will be looking at the balance between trying to keep a sense of flow and continuity to the team whilst giving the opportunity for people who need the minutes on the pitch.

"There may also be room for one or two youngsters to come into the group and be given the opportunity because they've done well over the last six months.

"The clear message is that I want to win the game and get in the Fourth Round draw – I'll pick a team accordingly to do that."

With notable runs in the competition as both a player and a manager, Neil shared his excitement at the prospect of another FA Cup campaign.

"I love it," Harris explained. "I think that it's a great competition, certainly one of the best in the world.

"If you get through into the Fourth Round and beyond it can really build the excitement in the city and is great for the changing room."

Harris concluded by providing an injury update, including some disappointing news regarding the fitness of Nathaniel Mendez-Laing: "Joe Ralls is edging closer, and has an outside chance for next week.

"We've had some really bad news with Nathaniel Mendez-Laing though. He probably won't play again this season, which is a real disappointment to us as he's been in some great form in recent weeks.

"We're continuing to assess Joe Bennett daily. He's been out on the grass but we're still making sure that he's able to play given the nature of his injury."