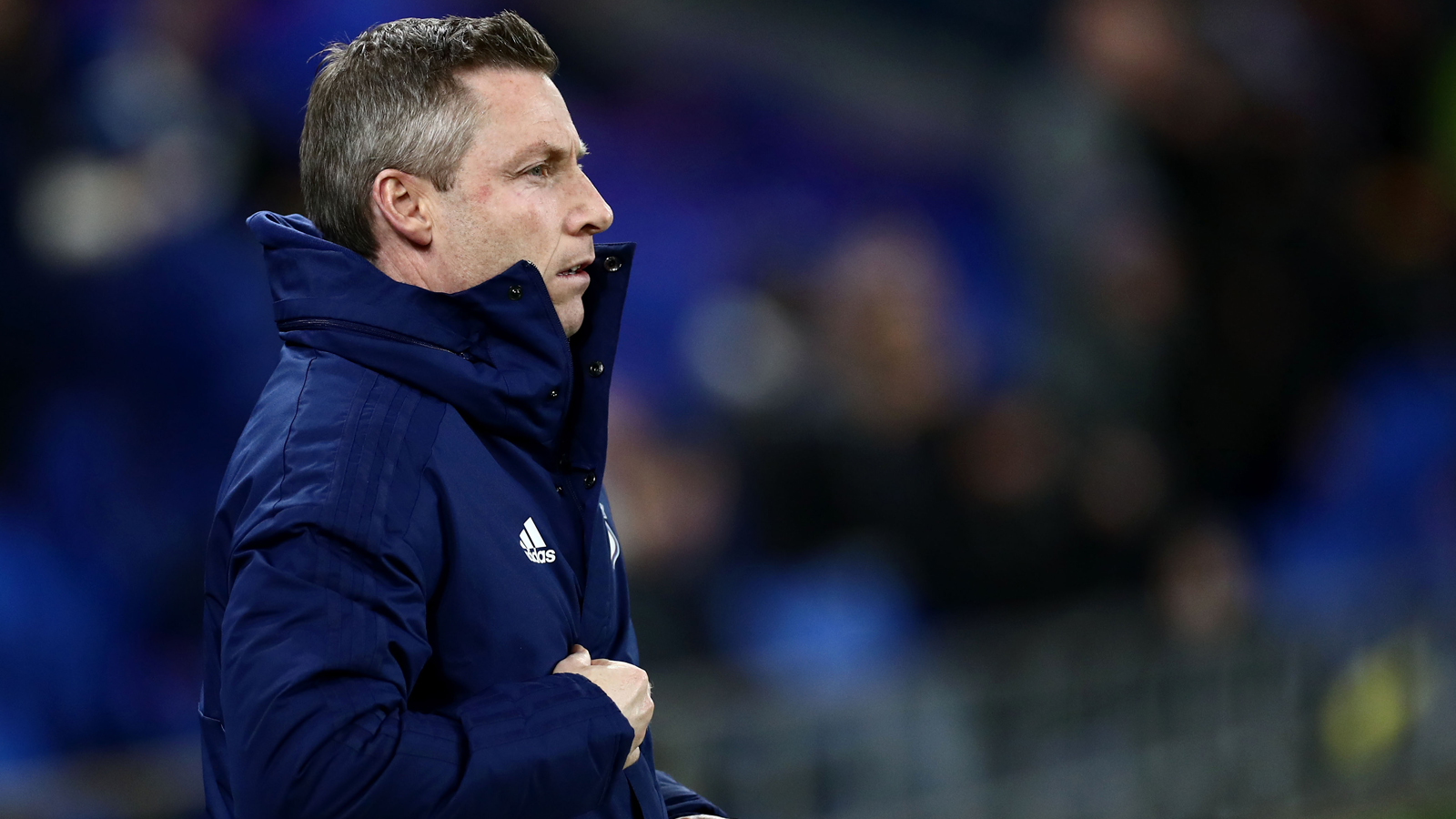 Harris | We missed that golden touch

The Bluebirds suffered just their second home defeat of the season on Tuesday evening, falling to a narrow loss against Nottingham Forest.

Upon the final whistle, Neil Harris expressed his frustration with the result, following an improved performance from his men.

“I definitely got a response from Saturday,” he began. “We were certainly much better with the ball, and there is plenty that I’m pleased with. We had a lot of possession, moved the ball well and got into some great areas.

“The goal was the only difference between the two teams. We played right into their hands by giving the ball away cheaply and not tracking the runners into the box. It was a good, composed finish, with quality in the penalty area. We didn’t have a game-changing moment, and that was the difference. We just missed that golden touch.”

On the stroke of half-time, Josh Murphy was seemingly upended in the penalty area, but City's penalty appeals were waved away – a decision that Harris questioned after the match.

“In real time I thought it was a penalty, and now I’ve seen it from two other angles, it’s a penalty for me," he said. "The player makes the challenge from the wrong side of Josh Murphy and doesn’t get the ball, so it has to be a foul.

"Anywhere else on the pitch, I’m sure the referee would have given it. It was a key moment in the game, right on the stroke of half-time. A lot of big moments in the last two games here have gone against us, unfortunately.”

Dion Sanderson made his first appearance as a Bluebird against Forest, and Harris was full of praise for the 20-year-old’s debut performance for the Club.

“I thought Dion was excellent," he added. "He played with real character and heart. He looked like he had played hundreds of Championship matches. He stepped up tonight for his league debut, so I’m chuffed for him. He’s athletic, composed on the ball, and willing to get forward. He should be a proud young man this evening.”

With Brentford up next on Saturday, the Manager concluded: “We have to turn the draws and defeats into victories. The gap isn’t too far, and we’ll always chase it. Saturday becomes majorly vital for us having a real chance, now.

"I wanted to see a reaction, and today was much better. But we need to become the complete package, mixing the clean-sheet mentality with quality in the final third.”