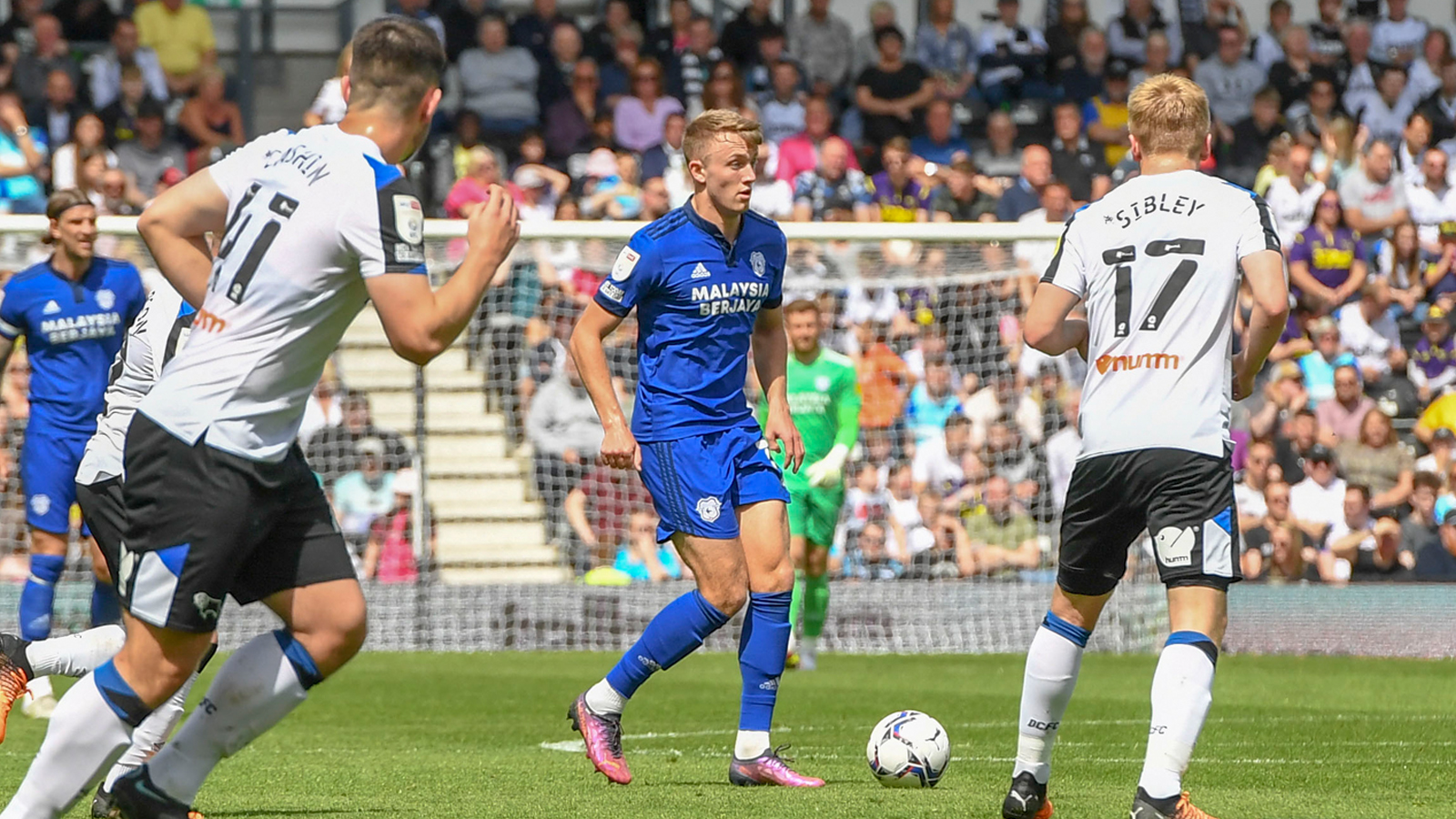 Eli King spoke to Cardiff City TV after the Bluebirds ended the campaign with a 1-0 win at Derby County, opening with his assessment of the fixture at Pride Park.

“It was a tough first half,” the midfielder began. “We didn’t have a lot of the ball. I thought it was a penalty incident that we could have had, which was unlucky.

”In the second half I thought we counter-attacked well. Rubin came on and gave us a bit of energy.

"I’m buzzing to get a win after not winning the last couple of games, especially in front of 1,600 travelling fans, it’s amazing. Giving the fans what they wanted was the main thing today.

"Every game presents different challenges, and I think all of them combined have given me a better perspective on what the Championship is like, and that’s definitely going to help me going into next season."

The 19-year-old played an instrumental role in City's winner, setting up Jordan Hugill with a composed assist. Eli went on to discuss the goal, and how he's found his recent time in the starting eleven.

He said: "I could see Cody Drameh bombing forward, and knew he was going to put a ball into the box. I knew that Jordan was going for the back stick, so I thought I’d drift towards the front post, if the ball was under hit a bit.

"Luckily my touch was decent. I knew the defender was going to go to the floor, so I took it around him, and obviously Jord was there just for a tap in. I'm buzzing for him as well, because he’s been class with me and all the boys this season, so for him to end on a goal is great as well.

"Every single minute I play is valuable to me. I’ve learnt so many different things in all the games I’ve played, from the Liverpool game to this one, to last week.

"In the second half I was put in the ten position on my own, and given even more license to make runs forward. It’s definitely something that I need to add to my game. I think I’ve got it in me, I just need to unlock it now and then.

"I’m definitely excited to get a rest, and then looking forward to next season. It’s going to be a newer team, with different players, but I’m pretty sure we can give it a right go."