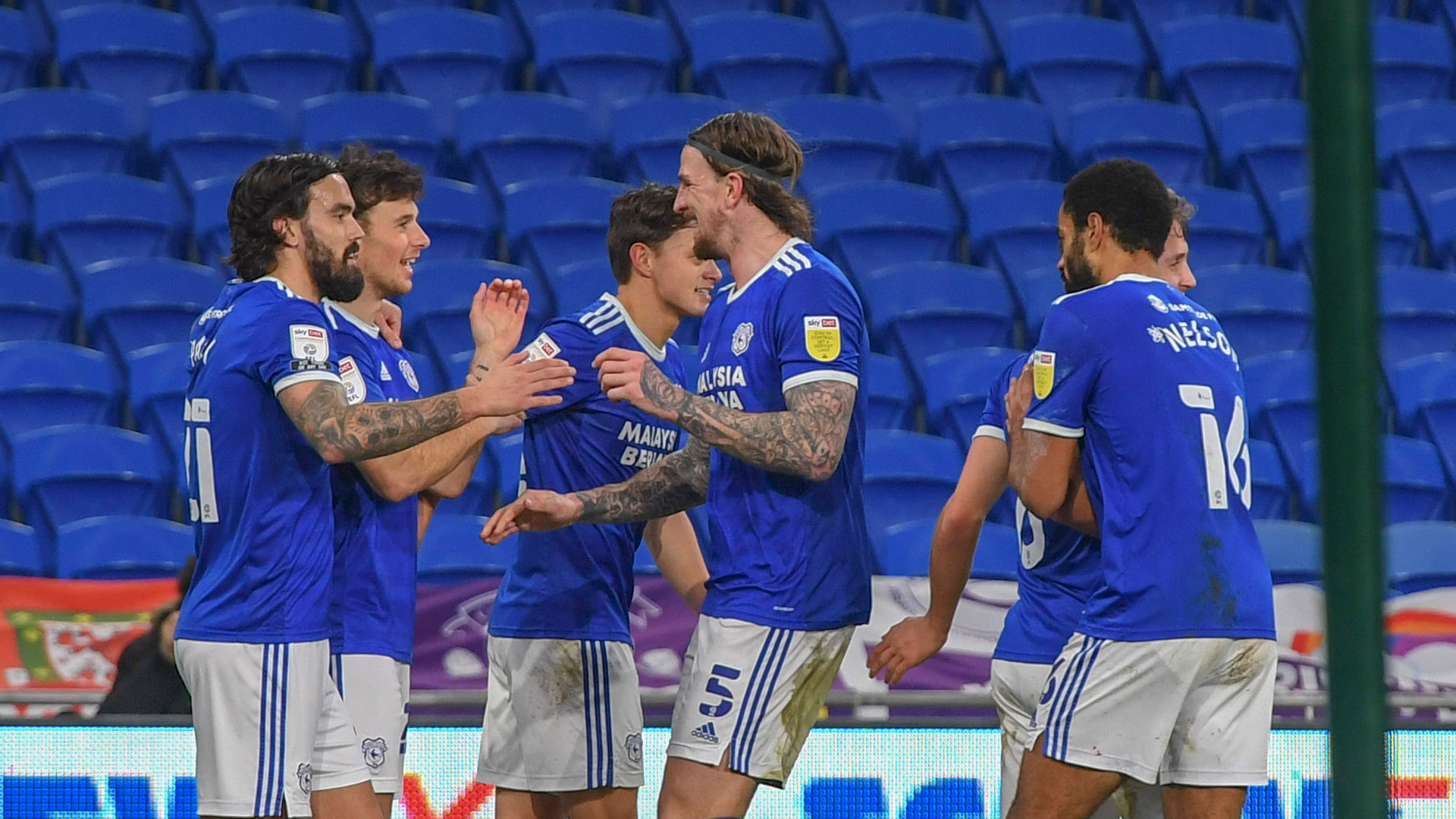 The Bluebirds head to the South Coast on Wednesday, February 24th, facing sixth placed AFC Bournemouth. Mick McCarthy’s men will take on the Cherries at the Vitality Stadium, with a 7:45pm kick-off.

A Cardiff City TV Match Pass can be purchased now for just £10 in the UK & Ireland. International Match Passes are available for just £7 per game, with Season Passes also available.

Despite their recent dip in form, Bournemouth still occupy a Play-Off place in the Championship table, and will be looking to regain their early-season spark throughout the final few months of the campaign. The Cherries currently sit in 6th position, one place and three points ahead of Mick McCarthy’s men, with 13 wins, 10 draws and 8 defeats from their league fixtures so far.

After spending much of 2020 in the automatic promotion places, the Cherries have slipped away from the top of the table since the turn of the year. A run of four straight defeats saw them fall three places, causing manager Jason Tindall to be relieved of his duties at the Vitality Stadium. Jonathan Woodgate was appointed to the hot seat on a temporary basis, but, after winning three games in all competitions since his arrival, the former Middlesbrough boss secured the job on a permanent basis ahead of Wednesday's crunch match.

Since Woodgate took charge of the club, Bournemouth have recorded two league victories, which both came at home. Birmingham City were beaten 3-2 on February 6th, and, following a goalless draw with Nottingham Forest, the Cherries saw off Rotherham United on February 17th, with Phillip Billing netting the only goal of the game. Woodgate suffered his first defeat as Bournemouth boss on the weekend, falling to a 2-1 loss against Queens Park Rangers at Loftus Road.

Bournemouth added three new faces to their ranks during the January window, but also bode farewell to four members of the first team squad. On January 18th, the club announced the permanent return of Jack Wilshere, who previously spent the 2016-17 campaign on loan at the Vitality Stadium. The former Arsenal midfielder, who has 34 England caps to his name, departed West Ham United at the start of the campaign after suffering a number of injuries, and will be hoping to revive his career with the Cherries.

Ten days later, midfielder Ben Pearson arrived at the club, joining from fellow Championship side, Preston North End. The 26-year-old racked up 165 appearances at Deepdale, and adds second tier experience to the Cherries’ midfield. On Deadline Day, Bournemouth completed their business with the acquisition of veteran forward Shane Long. The Republic of Ireland international joined the club on loan until the end of the season, and got off the mark against QPR last time out.

Three first team players departed the club during January, all leaving the Vitality Stadium towards the end of the window. Midfielder Dan Gosling, who spent six-and-a-half seasons with the Cherries, joined promotion rivals Watford, whilst defender Jack Simpson signed for Rangers. In the final hours before the deadline, forward Josh King left the club, joining Everton for the remainder of the season. One senior player did depart the club on loan, only to be recalled by Bournemouth; goalkeeper Mark Travers joined Swindon Town on January 6th, but returned to his parent club on February 11th.

Junior Stanislas has been a consistent threat in front of goal this season, and reached double figures for the campaign earlier this month. The 31-year-old has scored nine goals during his 23 Championship appearances this term, with one additional strike coming during Bournemouth’s FA Cup win over Burnley. The winger, who can operate on either flank, has also recorded three assists this term, and will be required to continue his fine attacking form in the absence of striker Dominic Solanke.

Adam Smith is enjoying his eighth season since permanently arriving at the Vitality Stadium, and continues to offer an attacking threat from his position at right-back. The marauding defender has provided five assists in all competitions, a club-high for the current campaign, and set up the winner during Bournemouth’s most recent victory, over Rotherham United. The 29-year-old has also helped the Cherries record 12 clean sheets this term, the joint-third highest tally in the division.

Sam Surridge has made just five starts for the Cherries this season, recording a further 15 appearances as a substitute. The striker has netted five goals in all competitions, including three Championship strikes during a four-match period in early December. Aged 22, Surridge has created three goals this term, and made an instant impact from the bench on the weekend, setting up Shane Long’s strike against QPR within two minutes of coming onto the pitch.