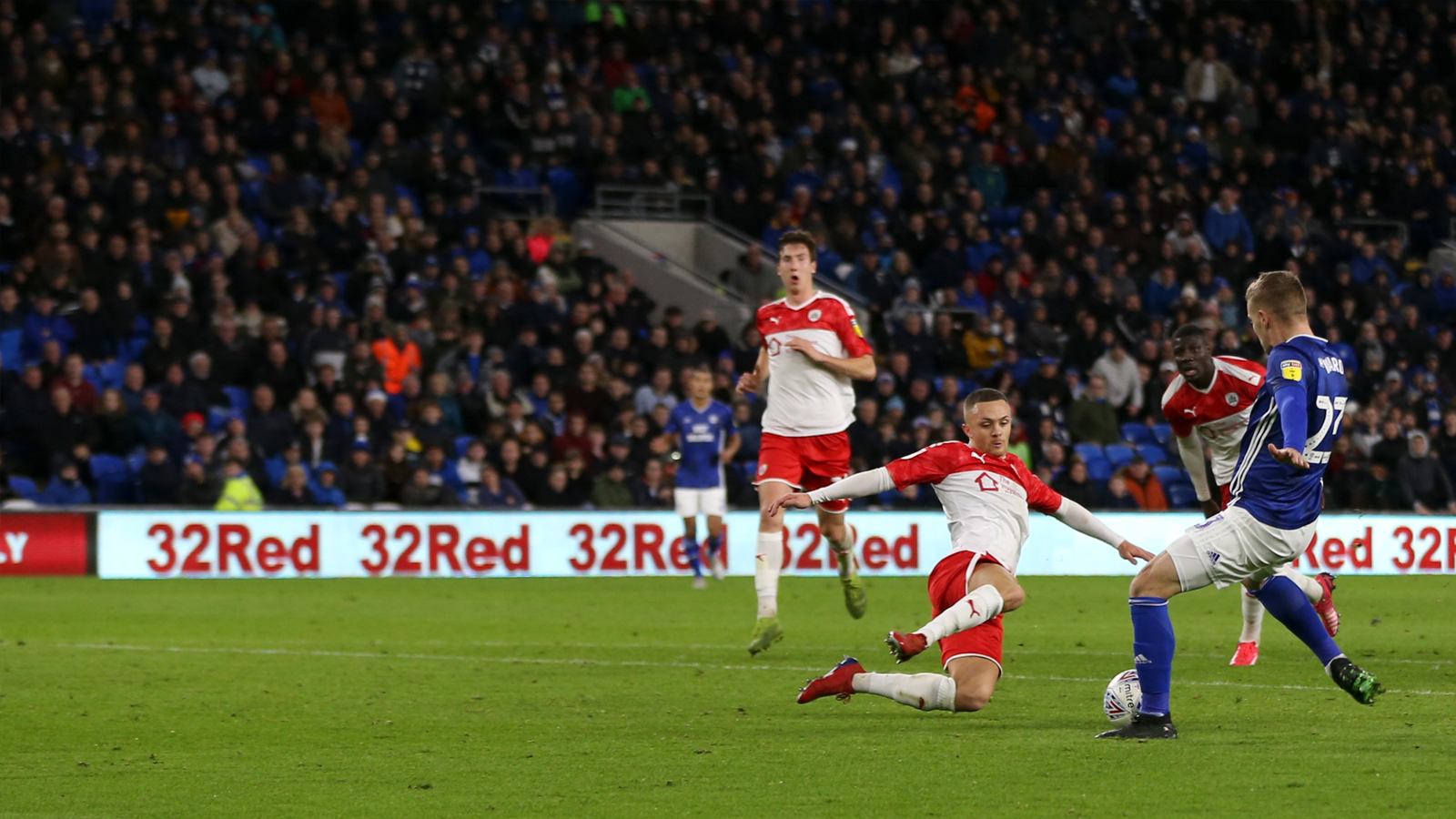 The Bluebirds' 2019/20 Sky Bet Championship campaign continues on Saturday afternoon as they head to Oakwell to face the Tykes - kick-off at 3pm.

Barnsley are currently in 23rd place on the Sky Bet Championship league table, with 34 points to their name thus far in their current campaign. The Tykes are level on points with fellow newly-promoted team Luton Town, with Middlesbrough four points above them in 22nd and Stoke City one point beyond that.

Despite their current position, the South Yorkshire club have won three of their last four matches, adding a total of ten points to their tally throughout February with an additional draw against Sheffield Wednesday.

On February 15th, the side defeated Fulham at Craven Cottage, forcing the promotion contenders to their first loss since their meeting with Reading on New Years Day.

Cauley Woodrow opened the scoring for the visitors in the 24th minute with a penalty-kick, sending 'keeper Marek Rodak the wrong way from 12 yards. Jacob Brown doubled the lead within the first ten minutes of the second half, lobbing the ball over the 'keeper to put the Tykes ahead by two goals.

Extending the lead even further later on in the second half, Woodrow bagged his brace with a clinical finish inside the area. The forward had scored twice against his former club, having moved from Craven Cottage to Oakwell permanently in 2019 following a loan spell with the Tykes.

In their most recent outing against Reading on Saturday, 29th February, Barnsley's three-match winning streak came to an end at the Madejski Stadium. Losing 2-0 against the Royals, one goal in either half from Yakou Méïté and George Pușcaș proved the difference as the Berkshire side picked up their first win in six home league matches.

Barnsley's head coach is Gerhard Struber, who took over at Oakwell on November 20th. The Austrian had previously enjoyed a career playing for several Austrian and German clubs, including Red Bull Salzburg, and began coaching in 2007.

Having a successful term at Wolfsberger AC as he guided the club to the Europa League at the end of the 2018/19 season, Struber's move to South Yorkshire comes following the departure of Daniel Stendel in November 2019.

Since taking charge at Oakwell, seven of Barnsley's eight Championship wins this season have been during his tenure at the club.

With three goals from his last five matches, Cauley Woodrow has continued his goalscoring form established earlier in the season. Joining the Tykes in January 2019 following a loan spell with the club from the beginning of the 2018/19 season, Hemel Hempstead-born Woodrow was an important factor in the Barnsley's promotion to the Sky Bet Championship, netting 16 times in League One from 31 appearances, behind only Kieffer Moore, who scored 17.

Prior to his time with Barnsley, Woodrow began his footballing career with Luton Town, before transferring to Fulham in 2011. Over the course of eight seasons, the 25-year-old made 54 league appearances for the Cottagers, scoring eight times across campaigns in the Sky Bet Championship and Premier League.

Following loan spells with Burton Albion, Southend United and Bristol City, his move to Barnsley proved his most prolific, with the young forward now having scored 14 league goals in his second season as a permanent member of the Tykes' squad.