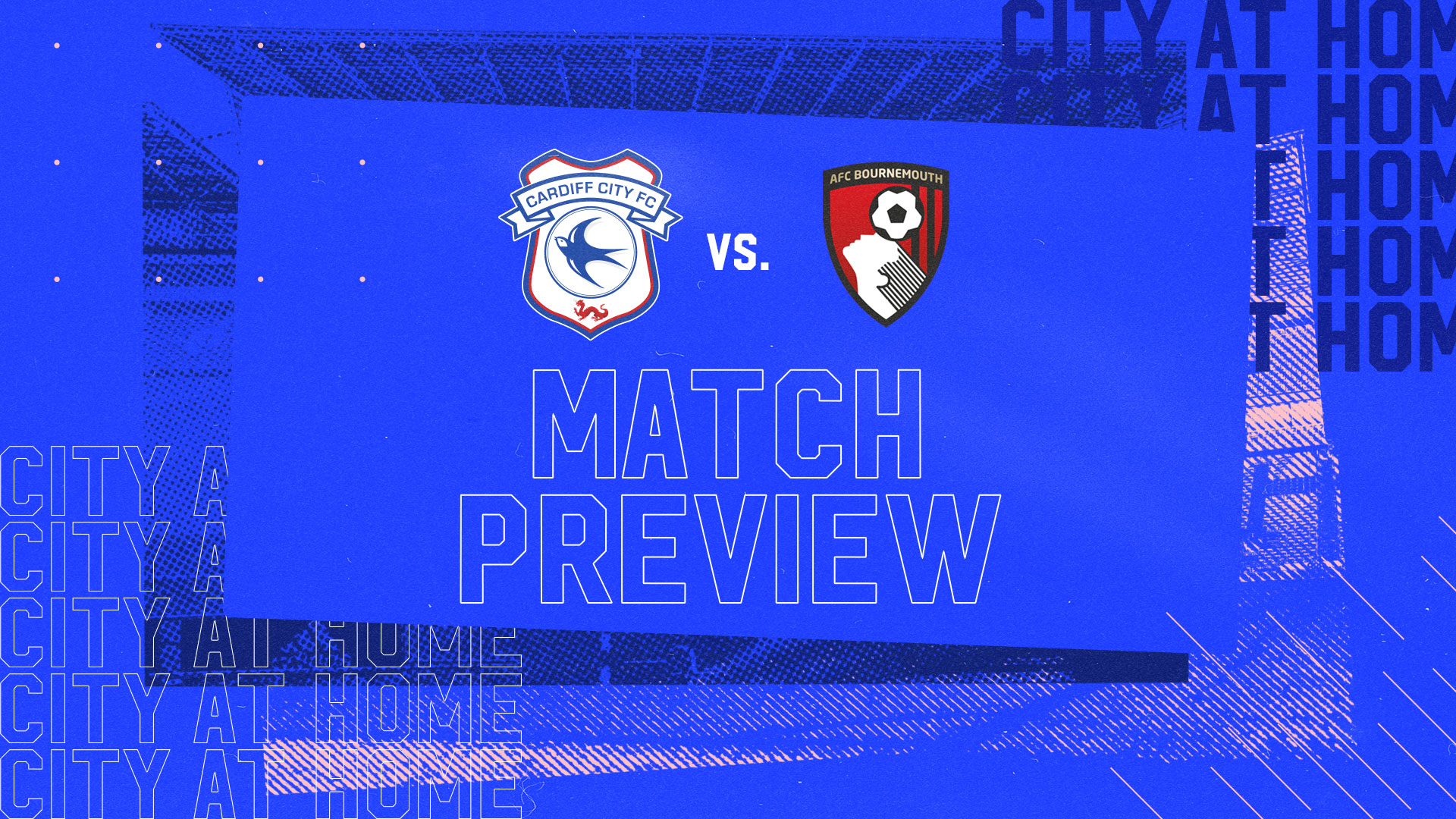 The Bluebirds are back in action at Cardiff City Stadium this weekend, taking on high-flying AFC Bournemouth. Scott Parker’s side travel to South Wales on Saturday 18th September for a 3pm kick-off.

Get hold of the Cardiff City vs. AFC Bournemouth matchday programme this weekend, with Rubin Colwill as cover star and feature interview!

The Bluebird will be available to purchase from selected programme booths and retail departments around CCS.

The Cherries moved to joint-top of the division following their victory over Queens Park Rangers on Tuesday evening, extending their unbeaten start to the campaign to seven matches. Dominic Solanke and Jaidon Anthony got the goals for Scott Parker’s side at the Vitality Stadium, only for Parker’s former team Fulham to oust the Cherries at the Championship summit, defeating Birmingham City on Wednesday evening to claim top spot coming into this weekend’s round of fixtures.

Nevertheless, it has been an excellent opening to the campaign for Bournemouth, who suffered Play-Off heartache at the end of last season, falling to a 3-2 aggregate defeat in the Semi Finals against eventually promoted Brentford. With Parker replacing Jonathan Woodgate at the helm for the new season, the Cherries have won four and drawn three of their opening fixtures, taking 15 points from a possible 21.

Bournemouth have won two and drawn one of their three away fixtures thus far, with victories against Nottingham Forest and Birmingham City in the early weeks of the campaign. The Cherries have conceded just one goal on the road this term, which came during their win at the City Ground on August 14th, with a 2-0 victory at St. Andrews and a goalless draw against Hull City on August 28th.

Gary Cahill dropped down into the Championship having spent the past 14 years as a Premier League player, making almost 400 top flight appearances throughout his career. The former Chelsea captain became a Bournemouth player in August following the expiration of his contract at Crystal Palace, and has since made two appearances for the Cherries. The 35-year-old central defender has two Premier League titles and a UEFA Champions League winner’s medal to his name, alongside 61 caps for the England national team.

Emiliano Marcondes scored for Brentford in their Play-Off Final triumph over Swansea City back in June, but was released by the Bees at the end of their successful campaign. Bournemouth wasted no time in snapping up the 26-year-old’s services, with the Dane agreeing a three-year deal at the Vitality Stadium on July 2nd. The forward has scored four goals and provided 12 assists during his Championship career to date, and netted his first for the Cherries in their 2-1 victory over Nottingham Forest on the second weekend of the campaign.

Ryan Christie joined Bournemouth from Celtic on Deadline Day, and made his debut for the club during their 3-0 victory over Barnsley last weekend. The midfielder came through the youth ranks at Inverness Caledonian Thistle, before moving to Glasgow in 2015. In total, Christie made over 140 appearances for the Hoops, being part of the squad which won the ‘Quadruple Treble’ between 2016 and 2020. The 26-year-old also has 23 caps for Scotland, with four goals for the national team.

Dominic Solanke scored just four Premier League goals during his time in the top flight with Chelsea, Liverpool and Bournemouth, but has certainly found his feet in the second tier. The once-capped England striker netted 15 times in 40 Championship appearances last season, and has started the new campaign in fine form. Solanke has already scored five goals in seven games this term, also providing one assist. The 24-year-old is currently occupying second spot in the overall Championship goalscoring charts, with Reading’s John Swift ahead on seven goals.

Jaidon Anthony came through the Arsenal academy alongside the likes of Emile Smith-Rowe and Reiss Nelson, before moving to the Vitality Stadium at the age of 17. The winger made his First Team debut for the Cherries last season, and has broken into Scott Parker’s starting eleven this term. Anthony has started all seven of Bournemouth’s league fixtures this term, creating three goals and scoring two himself. The 21-year-old netted his first professional goal against Birmingham City back in August, and struck the winner against QPR in midweek.

David Brooks will need little introduction to the majority of City supporters, having starred at Cardiff City Stadium for the Welsh national team over the past four years. The playmaker signed for the Cherries from Sheffield United in 2018, and made his debut for the club against the Bluebirds on the opening day of the 2018/19 Premier League season. This term, Brooks has scored three goals in all competitions, including a brace during Bournemouth’s 5-0 victory over MK Dons in the Carabao Cup.