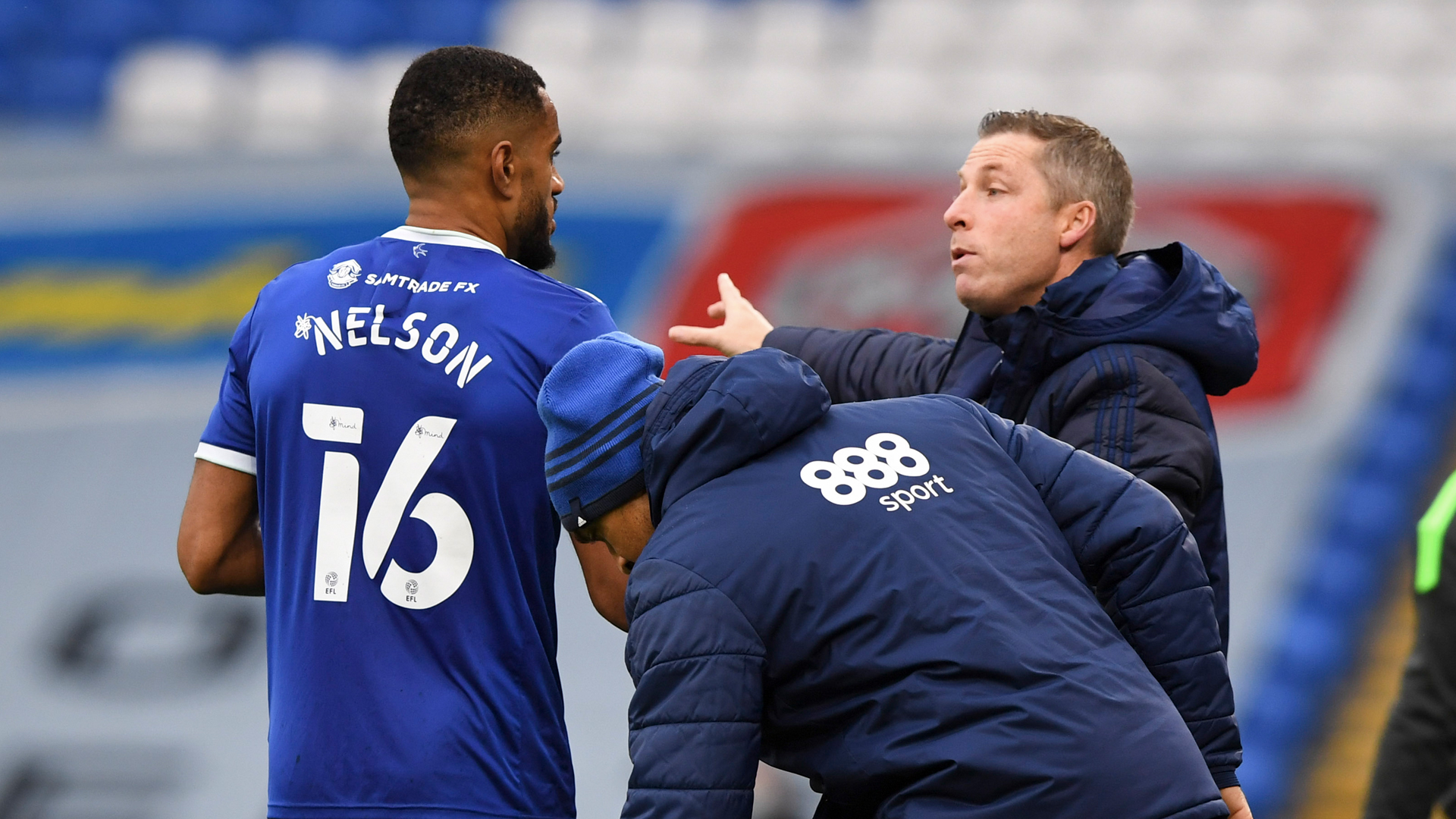 Having faced consecutive matches away from home, the Bluebirds return to the Welsh capital this week. Neil Harris’ side will begin November against Barnsley on Tuesday evening, with a 7:45pm kick-off.

Match Passes can be purchased from Cardiff City TV in order to watch City’s clash with Barnsley from the UK or Ireland. They are available for the price of £10.

City fans overseas can purchase an individual Match Pass for £7, or a monthly Video Pass for £20. International supporters can tune into the Bluebirds’ matches with a seasonal Live Video Pass for just £140. 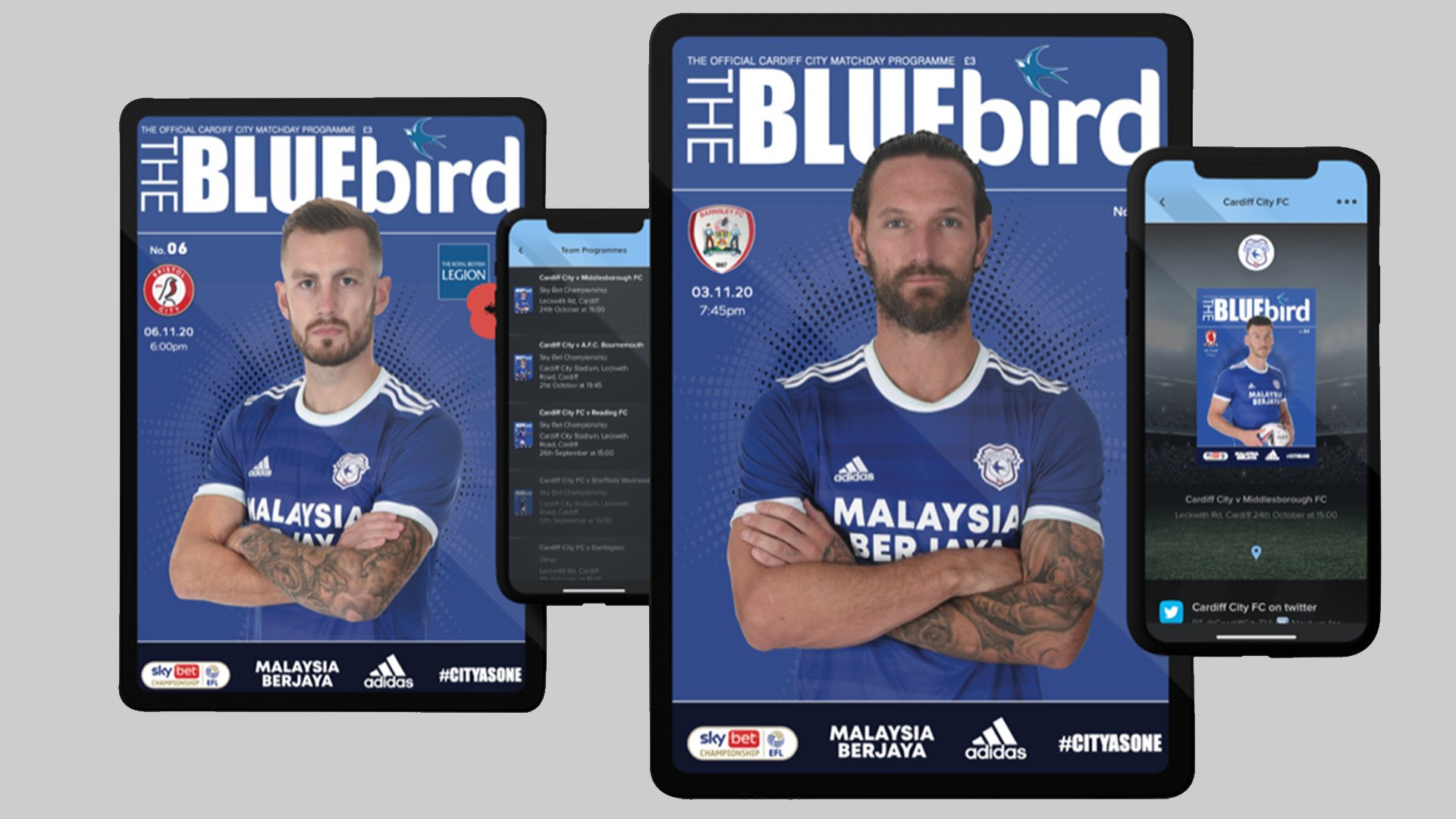 The Bluebird recently became available digitally as well as in its traditional print format. City Season Ticket Holders can redeem their free Barnsley (Nov 3rd) & Bristol City (Nov 6th) editions of The Bluebird by downloading the MatchDayInfo App on either iOS or Android.

To redeem your free programmes simply find the programme you wish to download, click the ‘redeem voucher’ button and input your Bluebirds Club Account Fan Number.

If you are not a current Season Ticket Holder, Digital programmes can be purchased for a reduced cost of £1.99 per edition.

Sean Morrison is the cover star and feature interview for our clash with Barnsley. 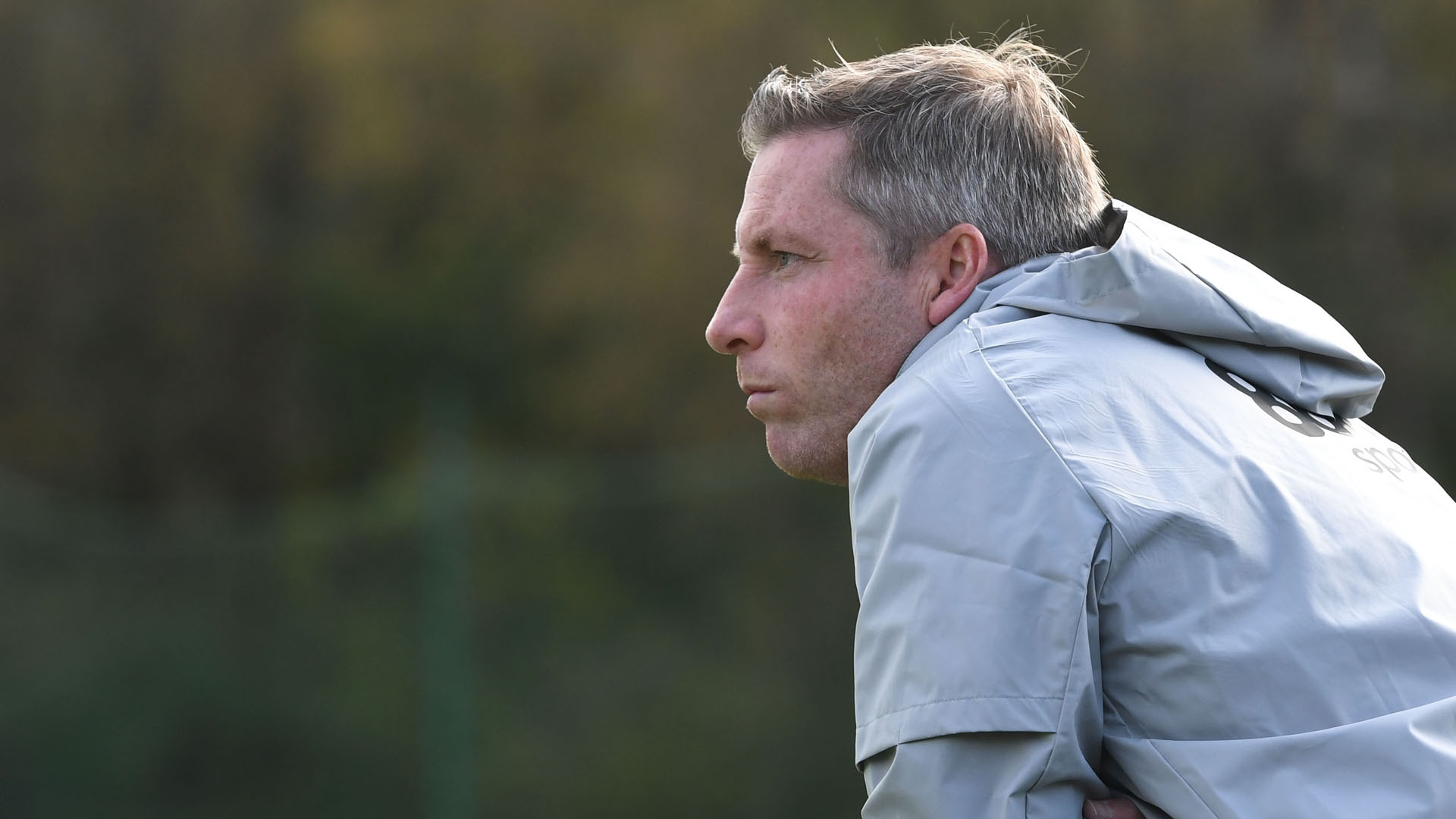 Neil Harris provided his thoughts to the press and media ahead of Tuesday’s fixture, and urged his men to get back to winning ways against the Tykes.

“At the start of the season, we've not been consistent enough and that's the bottom line.” the Bluebirds’ boss began.

“You can talk about the short turnaround, the amount of games we've had compared to everyone else in a short space of time, players that we've had missing. They're all valid reasons, but we should have had a better start than we have and I'm the first to admit that.

“I expect better performances, consistent performances over a 90-minute period and certainly results to improve because of that.” 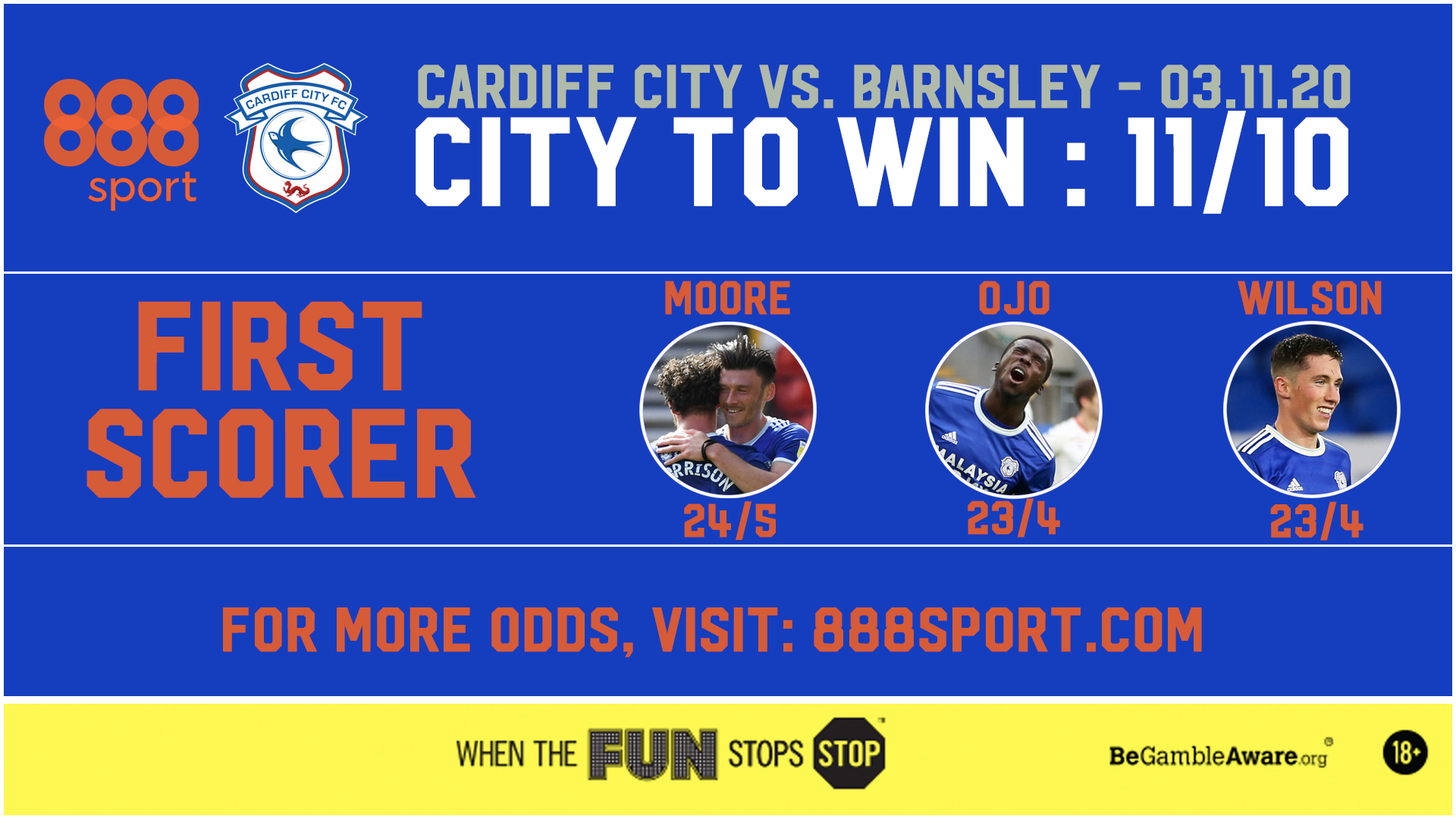 Valérien Ismaël was appointed as the new Barnsley boss on October 22nd, following the departure of Gerhard Struber. Ismaël enjoyed a fruitful playing career, which began in his native France with RC Strasbourg. In 1998, the defender signed for Crystal Palace for a then club-record fee of nearly £2.75m, but his unsuccessful spell at Selhurst Park lasted less than a year. Ismaël returned to France with RC Lens, before moving to Germany in 2003 with Werder Bremen. Winning the Bundesliga and DFB Pokal double in 2003/04, his impressive stint with Die Werderaner earned a transfer to Bayern Munich in 2005, where he added another German league and cup double to his medal collection. Following a two-year spell at Hannover 96, the Frenchman retired from playing in 2009.

Having gained managerial experience with the reserve teams at Hannover and VfL Wolfsburg, Ismaël became the boss of 1. FC Nürnberg in June 2014. The Frenchman lasted just five months in the job before returning to Wolfsburg. His successful second tenure as coach of the reserve team saw him promoted to First Team duties, becoming interim manager of Die Wölfe. His position was made permanent in November 2016, but he was dismissed in February 2017 after a poor run of results. Following a one match stint as boss of Apollon Smyrnis in Greece, Ismaël took charge of Austrian side LASK Linz, leading them to the Champions League Play-Offs in 2019.

The Barnsley boss spoke to the press and media ahead of Tuesday’s match, commenting: “It is the next tough game, against a strong opponent. They have a big target they hit in former Barnsley player Kieffer Moore. So, we have to stand up in our duels. We have to be on the second balls and of course, be aware at set-pieces. We have worked very well in training today and will enter the game with a plan to get another positive result.”

Following last season’s narrow survival, the Tykes have not enjoyed the best opening to the current campaign. Barnsley went the first seven matches of the season without tasting victory, picking up just four points from those games. Adding further to the slow start, Gerhard Struber, who helped the Tykes avoid relegation last term, left the club on October 6th to take up the vacant managerial position at New York Red Bulls in the MLS.

Since the appointment of Valérien Ismaël, however, Barnsley have enjoyed a new lease of life. The Tykes have won their opening two matches under the new boss, with both victories coming at Oakwell. A resounding 3-0 win over Queens Park Rangers was followed up with a 1-0 victory against high-flying Watford, lifting Barnsley up to 15th in the Championship table. Crucially, the Tykes kept two clean sheets during those wins, something they had managed only once in their previous fixtures.

The club added several new signings during the summer months, including winger Dominik Frieser. The Austrian has featured in all nine of Barnsley’s league matches thus far, scoring once. On Deadline Day, midfielder Matty James returned to Oakwell on loan. The Leicester City man previously featured for the Tykes in 2017 during a temporary spell, making 18 appearances. A Premier League winner with the Foxes, James has played in three matches since his return to Barnsley, starting twice.

Alex Mowatt (pictured above) was named as Barnsley’s club captain in November 2019. The midfielder enjoyed a stellar season with the armband last term, netting three Championship goals as the Tykes narrowly avoided the drop. The 25-year-old was named as both the Fans’ and Players’ Player of the Season, and has begun the new campaign in similar fashion. Mowatt has scored twice in the past three matches, and his most recent effort, a superb strike from distance following a strong run from deep, echoed a fine goal he netted for Leeds United against the Bluebirds back in 2015.

Another midfield man to keep an eye on is Barnsley’s newest arrival, Herbie Kane. The 21-year-old signed for the Tykes from Liverpool, where he had progressed through the academy ranks since the age of 15. In January, he joined Hull City on loan from the Reds, and produced several impressive performances. Before injury prematurely ended his season, Kane netted two eye-catching goals in his final two matches for the Tigers. Having attracted plenty of transfer attention over the summer, the midfielder landed his move to Oakwell on Deadline Day.

With top scorer Cauley Woodrow expected to miss the clash with the Bluebirds through injury, the majority of Barnsley’s goalscoring responsibility will fall to Patrick Schmidt. The striker joined the Tykes from Admira Wacker in 2019, and netted three goals during his debut campaign in the Championship. An Austria-U21 international, Schmidt lead the line for Barnsley against Watford last time out, and will be looking to add to his solitary goal this season, which came against Middlesbrough in the Carabao Cup.