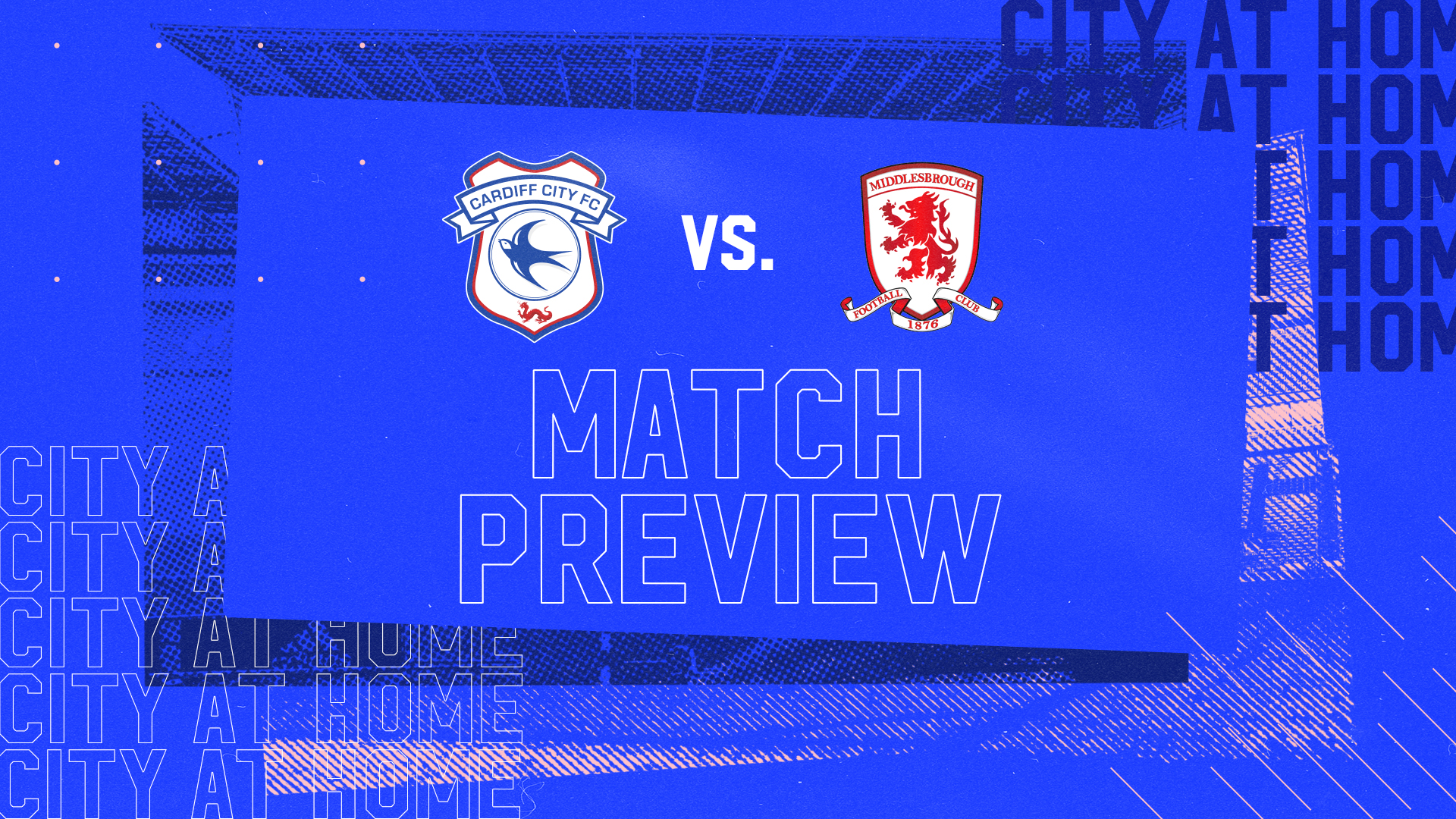 Mick McCarthy’s men face Middlesbrough at Cardiff City Stadium this weekend, with an early kick-off in the Welsh capital. Boro arrive in South Wales on Saturday, October 23rd, with kick-off at 12:30pm.

Proof of COVID-19 status may be presented to stadium support staff in the following ways:

The Bluebird | Cardiff City vs. Middlesbrough

Following a mixed start to the campaign, Middlesbrough head to South Wales having won both of their matches since the international break. Neil Warnock’s side currently sit in 10th position in the Championship table, with 18 points from their 13 fixtures. Boro have tasted success on five occasions this term, drawing three matches and losing a further five.

Middlesbrough’s inconsistent opening to the 2021/22 season was characterised from their opening seven fixtures, which saw them win just twice. Boro picked up their first victory of the campaign with a home triumph over Bristol City, but then went four matches without a win, suffering defeats to Queens Park Rangers and Coventry City and drawing with Derby County and Blackburn Rovers. Their second win of the season came at the City Ground, with a 2-0 victory over Nottingham Forest in mid-September.

After a disappointing run of results, Boro have enjoyed a recent run of strong form, winning three of their past four matches to slowly climb up the league table. A 2-0 home victory against recently relegated Sheffield United was followed by a disappointing 2-0 loss to Hull City before the international break. Another set of 2-0 victories have followed since the return of domestic action, with Boro leaving it late to defeat Peterborough United last weekend before a commanding win over Barnsley in midweek.

Uche Ikpeazu scored six goals for Wycombe Wanderers during his debut season in the second tier, with his performances catching the eye of the Boro boss, who brought the forward to the Riverside Stadium in early July. The 26-year-old featured for Reading and Watford early in his career, before enjoying a prolific spell with Cambridge United between 2016 and 2018. After a stint in Scotland with Hearts, Ikpeazu returned to the EFL with the Chairboys ahead of their maiden season in the Championship. Since arriving at Middlesbrough, the striker has netted two goals and provided one assist.

Matt Crooks joined Middlesbrough in late July, after enjoying a standout 2020/21 campaign with Rotherham United. Despite suffering relegation from the second tier, Crooks scored six goals and recorded three assists from 40 Championship appearances, attracting plenty of interest after the Millers returned to League One. The 27-year-old, who came through the ranks with Huddersfield Town, netted a late goal on Wednesday evening as Boro dispatched Barnsley on home turf, securing three points with the second in a 2-0 win for Warnock’s side.

Martín Payero began his career with Banfield in his native Argentina in 2017, and made 11 appearances in the Argentine Primera División in 2020/21. The creative midfielder, who had previously impressed on loan at fellow Argentine side Tallares, was announced as a Boro player in early August, days after returning from the 2020 Toyko Olympic Games, where he played in Argentina’s three group matches. The 23-year-old has made five appearances in a Middlesbrough shirt this season, playing the full 90 minutes in their last two league matches.

Paddy McNair has been an integral member of the Middlesbrough squad since his arrival on Teesside in 2018, and has made 124 appearances in total for the club. A product of the Manchester United academy, McNair has operated in central defence and central midfield throughout his career, and has developed a sturdy partnership alongside Jonny Howson in the centre of Boro’s midfield. A Northern Ireland international, the 26-year-old has netted ten goals during his time at the Riverside, including a match-winning penalty against Peterborough United last weekend, and also provided two assists in Middlesbrough’s midweek win over Barnsley.

Andraž Šporar has made an instant impact at the Riverside after joining Boro on loan from Sporting Lisbon. The 27-year-old striker has made eight appearances for Neil Warnock’s side and has netted twice, including the opening goal against Barnsley in midweek. Šporar, who has 33 caps and five goals for the Slovenian national team, signed for Middlesbrough on a season-long loan deal back in August, having spent the latter half of the 2020/21 campaign on loan with S.C. Braga. In 2019, the forward scored 34 goals in 36 games to help Slovan Bratislava win the Slovakian league title.

Isaiah Jones has broken into the First Team fold at Boro this season, featuring on twelve occasions in the Championship this term. The London-born winger made the move to Teesside in 2019, and made his First Team debut for the club in an FA Cup tie in January 2020. So far this season, the 22-year-old has made seven starts and five substitute appearances for Boro, recording three assists in the first three matches of the campaign. After a run of appearances from the bench, Jones played the full 90 minutes in Boro’s midweek win over Barnsley.