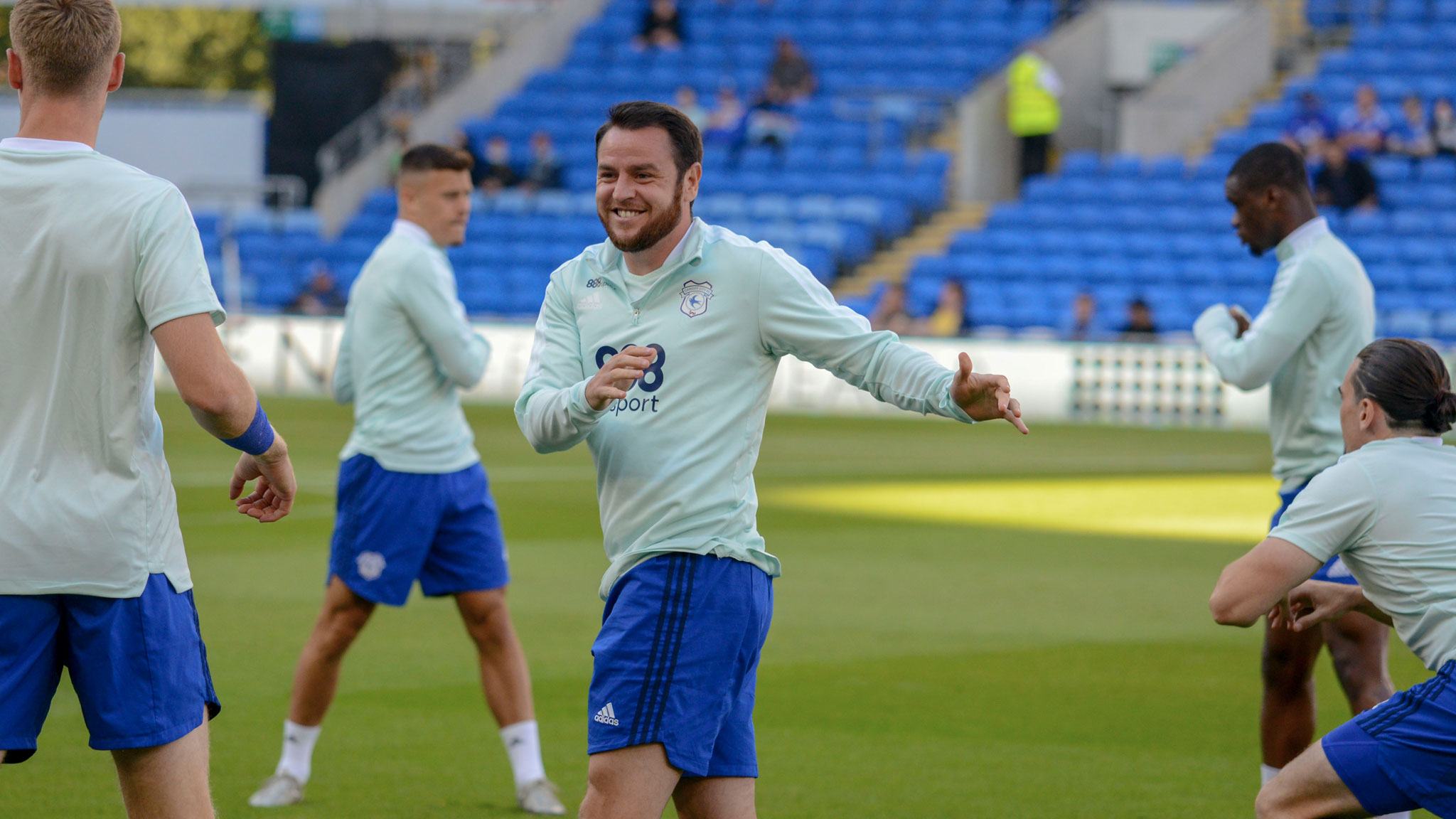 Our final pre-season fixture ahead of the return of competitive football comes against Newport County on Saturday, July 31st (1pm KO).

The Bluebirds' pre-season game against Newport County will allow us to welcome a limited number of supporters back to Cardiff City Stadium for live football.

Tickets are priced at £10 for adults and £5 for juniors under the age of 16, and are available to purchase here.

If you are unable to attend the fixture in-person, you can watch Mick McCarthy’s side in action on Cardiff City TV for just £3!*

Please note, face masks must be worn when queuing for entry, food/beverage facilities and toilets in the stadium concourses. We also encourage supporters to wear face masks at all times whilst at CCS.

Stadium entry will be via Reception and Gates 2, 3, 8, 12, 15 and 16. Please arrive at the time selected upon purchasing your ticket/s.

Hand sanitiser will be available in convenient locations around CCS. Please make use of these facilities to protect yourself and fellow supporters.

Due to COVID‐19 regulations, alcohol will not be available in general admission areas for this friendly fixture.

Click here for full details of all protocols in place at Cardiff City Stadium for this fixture.

After another gruelling League Two campaign, the Exiles suffered end-of-season heartache for the second time in two years, as they lost out on a place in League One in agonising fashion. Mike Flynn’s side fell to a 1-0 defeat against Morecambe in the Play-Off Final at Wembley, with Carlos Mendes Gomes scoring the only goal of the game from the penalty spot deep into extra time.

Flynn’s men have enjoyed a successful pre-season so far, with three victories and one defeat from their four matches. A youthful County side kicked-off proceedings with a 5-1 victory over local side Undy AFC, before the Exiles suffered a 4-0 defeat at the hands of Swansea City. Newport have recorded two wins from their two most recent matches, defeating Chippenham Town 2-1 on 20th July and Cinderford Town 6-1 on 27th July.

Joe Day returned to Rodney Parade this summer, having spent the past two seasons here in the Welsh capital. The 30-year-old made over 250 appearances for the Exiles between 2014 and 2019, helping Mike Flynn’s side reach the League Two Play-Off Final in 2019. Day joined the Bluebirds soon afterwards, making two appearances in a City shirt. With Tom King recently swapping Newport for Salford City, Day is likely to reclaim his starting spot between the sticks upon his return to the club.

James Clarke joined County on June 25th, after featuring for Walsall over the past two seasons. A central defender, Clarke has amassed plenty of experience in the third and fourth tiers, having played for Bristol Rovers in both divisions during recent years. The 31-year-old, who was named as Walsall’s club captain within weeks of his arrival at the Banks’ Stadium back in 2019, will link up with his former Saddlers defensive partner, Cameron Norman, whilst at Rodney Parade.

Finn Azaz became a Newport player on July 26th, signing a loan deal from Aston Villa. Aged 20, Azaz came through the youth ranks at West Bromwich Albion, but made his professional debut for Cheltenham Town whilst on loan last season. The midfielder caught the eye as Cheltenham won the League Two title, making 37 league appearances, and was soon snapped up by Villa on a permanent basis. The Premier League side immediately agreed a loan deal with the Exiles, which will see Azaz pull on the amber shirt this season.

Pádraig Amond was Newport’s top scorer last season, netting nine goals in all competitions for the Exiles. The 33-year-old has been mainstay in Michael Flynn’s side since his arrival at the club in 2017, and boasts an impressive goal tally during his County career, with 59 goals in 202 appearances. The forward will be no stranger to City boss Mick McCarthy, who handed Amond his first international call-up for the Republic of Ireland national team back in March 2019.

Mickey Demetriou is another of County’s stalwarts, having joined the club during the 2016/17 season. A left-sided defender, Demetriou has since featured on 208 occasions for the Exiles, scoring 19 goals and producing five assists. Comfortable in central defence or at left-back, the 31-year-old scored a penalty during Newport’s famous ‘Great Escape’ victory over Notts County, which helped Flynn’s men avoid relegation from League Two, and played the full 120 minutes in both of County’s recent Play-Off Final defeats.

Kevin Ellison recently signed a new contract at Rodney Parade, having featured for the Exiles during pre-season as a ‘trialist’. An EFL veteran, the 42-year-old initially joined Newport last season, having previously possessed an impressive record of scoring against County for his former club, Morecambe. During the 2020/21 campaign, Ellison made 23 league appearances, scoring twice, and also netted a stunning goal during the Play-Off Semi-Final second leg against Forest Green Rovers in May, helping Newport to reach the Wembley final.