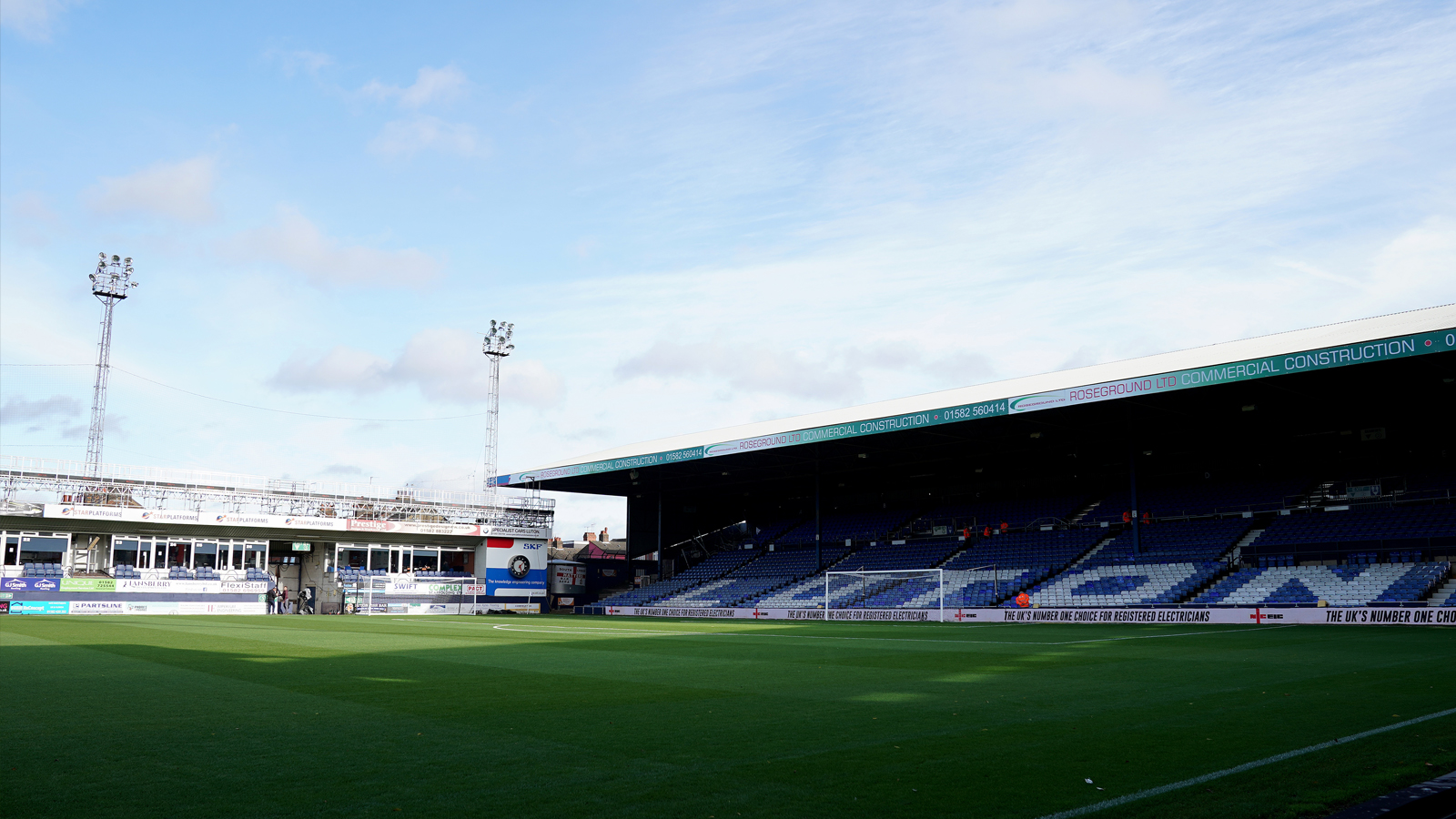 The Bluebirds continue their Sky Bet Championship campaign against the Hatters on Saturday afternoon - kick-off at 3pm.

Access to the away supporters stand is via Oak Road, please note there are c25 steps in order to access the stand from Oak Road.

Wheelchair users should enter the stadium via an alternative entrance at Maple Road East. Ambulant disabled supporters who prefer step free access can use this access as well. Please see Luton Town stewards for directions and any specific questions on Saturday.

Coaches will park on Oak Road and there is no charge for coaches to park.

Please note that some of the tills at the food kiosks/bars in the away concourse are card only.

Beach Hill Conservative Club (5 mins from ground) and the Waggon & Horses (20 mins away) are the designated away friendly bars.

Luton Town are currently at the bottom of the Sky Bet Championship league table, with 24 points attained so far in their current campaign. In their last outing, the side met West Bromwich Ablion, and were defeated by the Baggies at the Hawthorns as the hosts retook their place at the top of the league table.

Following a goalless first half, the Rams took the lead thanks to a goal from January signing Wayne Rooney, who struck home from a free-kick at over 20 yards out. However, the hosts struck back not long after, as Pelly Ruddock's equaliser was followed up by Donervon Daniels' 73rd minute strike to put the Hatters ahead.

With Derby County seemingly having settled the score through Chris Martin's 85th minute leveller, there was to be another twist to the tale, as Derby right-back Jayden Bogle scored an own-goal to give the hosts all three points one minute later.

James Collins is currently Luton Town's top scorer this season. Having played with the Hatters since he joined the club in time for the 2017/18 season from Crawley Town, the Irish international made the step up from League Two to League One.

During the Hatters' promotion season last year, the forward was the club's top goalscorer, netting 25 league goals, including five scored in the final six matches of the campaign.

Making yet another step up to the Sky Bet Championship this season, Collins began the campaign with five goals scored in ten appearances for the Hatters, including an 85th minute equaliser against Middlesbrough on the opening day of the 2019/20 season.

Forward Izzy Brown is another Luton Town player who has had a big impact on the Hatters' performances this season. The Chelsea loanee joined the club in time for the current season, and has since set up six goals in league matches, including both in a 2-1 victory over Blackburn Rovers in September.

The 23-year-old missed out on several fixtures at the start of 2020 due to injury, though he made a return in time for the Hatters' most recent victory against Derby County.