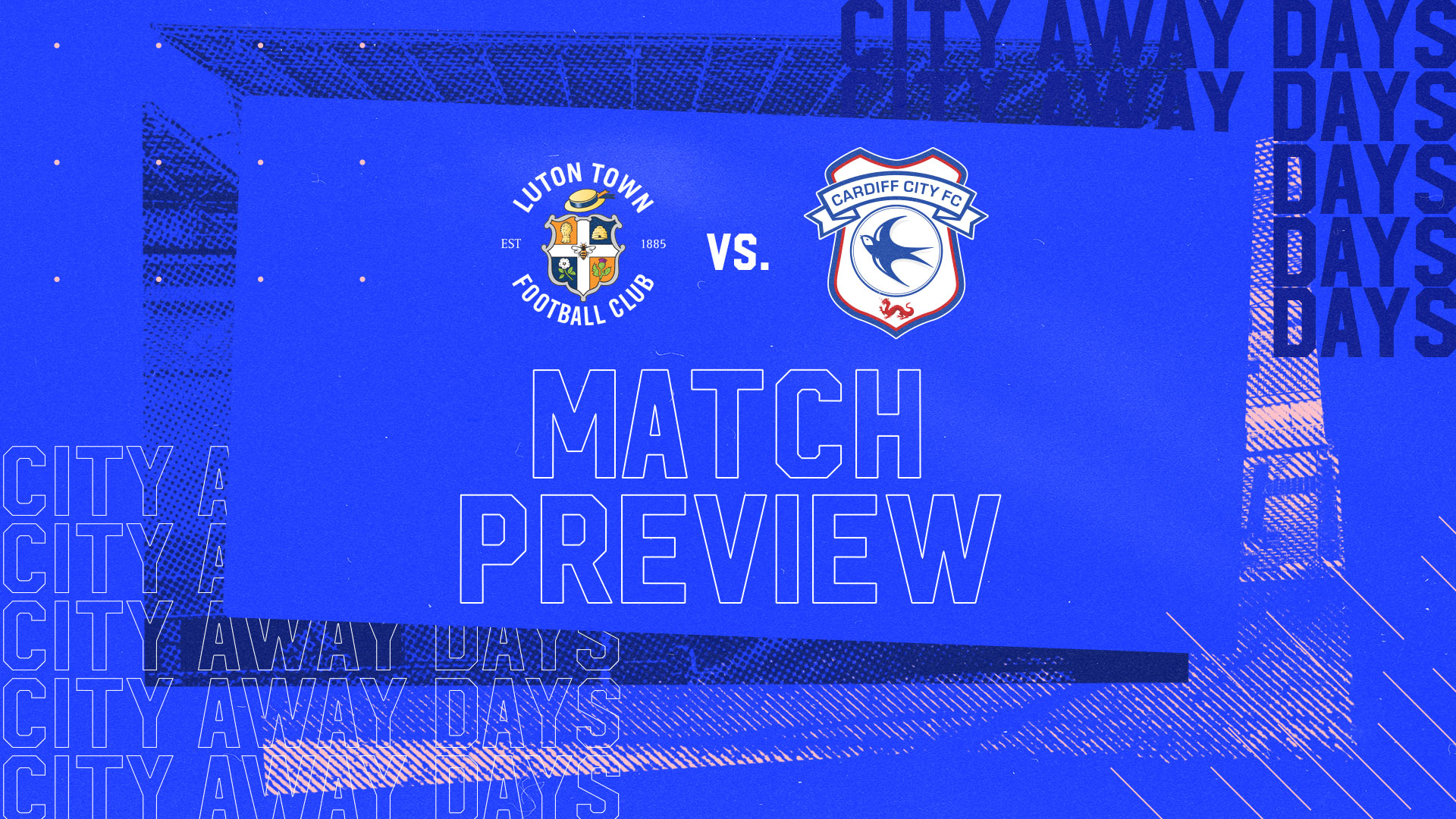 Sadly, this game cannot be streamed in Wales, England or Northern Ireland as all live football is prohibited from being broadcasted between the hours of 2:45pm-5:15pm on Saturday afternoons. Supporters in the UK can purchase a Monthly Audio Pass to listen in for just £5! For audio throughout the season, purchase an Audio Only Season Pass for £45.

This fixture is available to watch live on Cardiff City TV for supporters based overseas.

Luton Town, managed by Nathan Jones, are 12th in the Sky Bet Championship after 19 games, having picked up six wins, seven draws and six defeats.

Their home form this term has seen the highs of a 5-0 victory over Coventry City, to the lows of a 5-0 home defeat to Birmingham City. Overall though, the Hatters have won four of their nine home fixtures this term, only being beaten on their own turf on two occasions.

Jones is currently in his second spell as the man in charge at Kenilworth Road. The Welsh manager oversaw promotion from League Two in 2017/18, before leaving for Stoke the following season with the Hatters flying high in second position in League One. His return in May 2020 surprised some, but Jones managed to keep Luton in the Championship, despite the Club sitting in 23rd place when he re-took over. In 2020/21, the former Merthyr Tydfil man led his team to a 12th place finish, earning their highest second tier points total since 1981/82.

Jones celebrated his 250th match in charge of Luton Town on Tuesday with a 0-0 draw against Nottingham Forest.

Elijah Adebayo made the move to the Championship in January, joining Luton Town from Walsall. He scored five times in 18 appearances during the second half of the 2020/21 campaign but the forward has already managed to better that this time around. In 17 2021/22 league games, Adebayo has already hit the net on eight occasions.

Not far behind Adebayo in the scoring charts is Harry Cornick. The 26-year-old has played for Luton in League Two, League One and now the Championship since signing for the Club in early August 2017. His best scoring season at this level came in Luton's first campaign back in the second tier, hitting nine efforts in 45 games. Last season wasn't a strong one for Cornick on the goal front with only one registered, but he's enjoyed a more favourable return this time around. Cornick has seven league goals from 19 games thus far.

Between the sticks, goalkeeper Simon Sluga may return for the Hatters, having missed the midweek match with Forest due to COVID isolation. The shot stopper's run of 43 competitive matches was ended due to this missed game, but he has been in goal for Jones' side for 18 of the 19 league games this season.

Forward James Collins opened his City account last weekend at Preston North End. At Deepdale, the 30-year-old forward netted his first competitive goal for the Bluebirds since signing from the Hatters on a free transfer last summer. 'Collo' had a four-year spell at Kenilworth Road, having joined the Club in 2017. He helped them to promotion from League Two to the Championship scoring 68 goals in league action across the four seasons.

Andy Dibble is a Luton Town hero. The City goalkeeping coach was between the sticks for the Hatters in the 1988 League Cup Final, saving a Nigel Winterburn penalty as Luton came from behind to defeat Arsenal, 3-2, and win the cup!