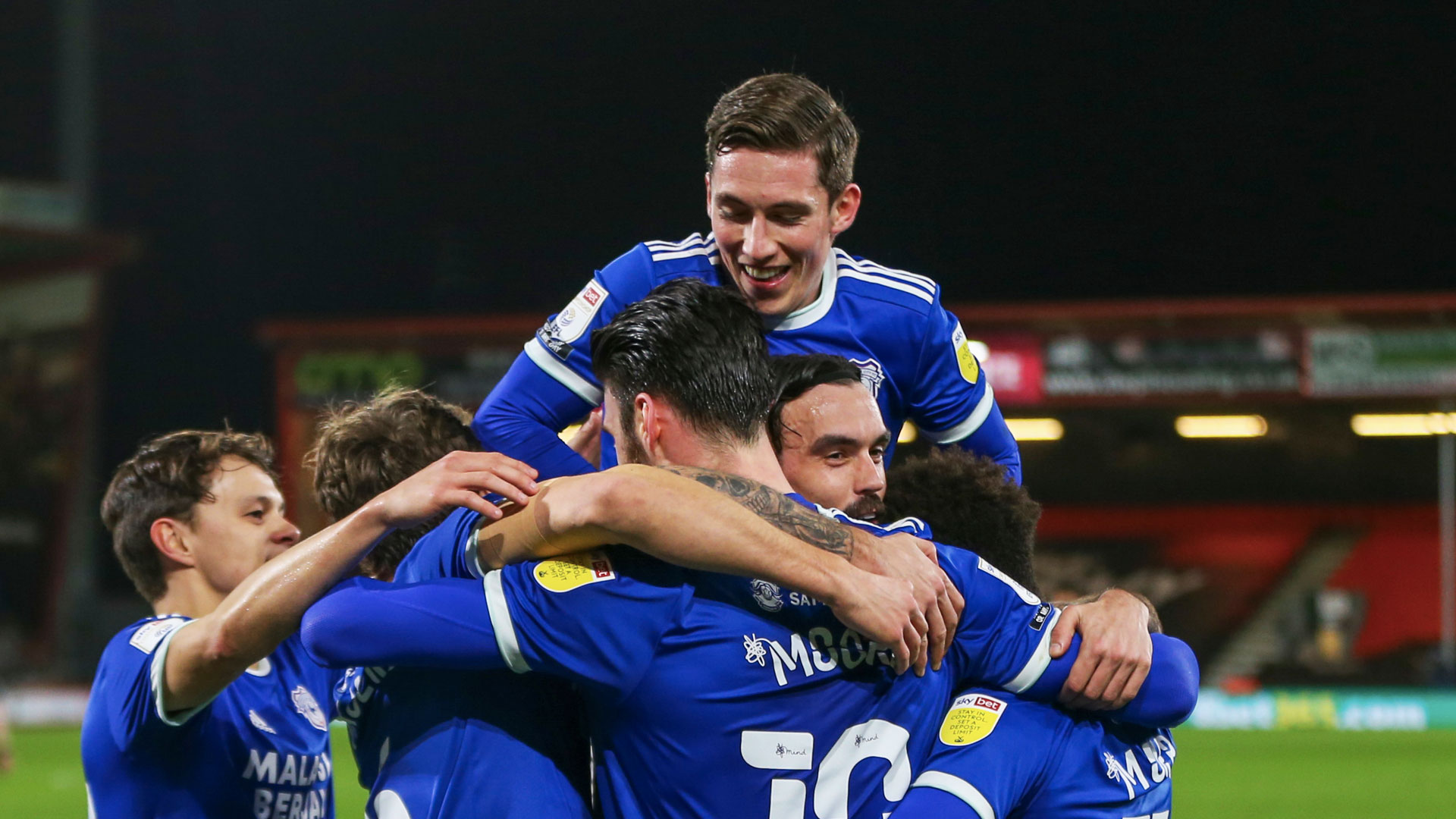 Mick McCarthy’s men will face off against Middlesbrough this weekend. The two sides meet at the Riverside Stadium on Saturday, February 27th, and the match will get underway at 3pm. 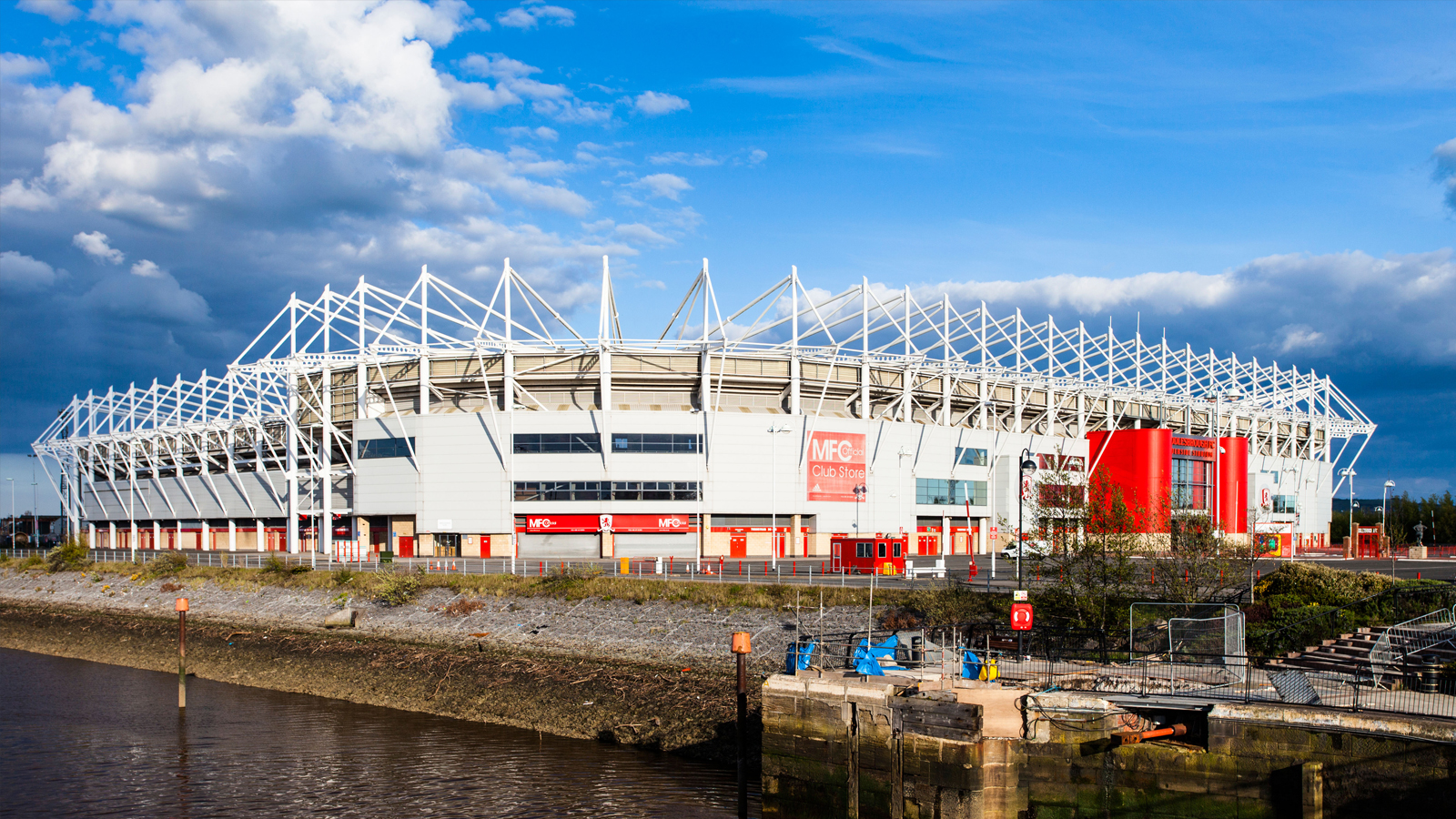 As this fixture has been selected for international broadcast, International Match Pass availability may vary depending on your overseas location. The match is available for streaming in several exempt countries, including Malaysia and many more.

Bluebirds boss Mick McCarthy spoke to the press and media ahead of City’s trip to the Riverside, giving his thoughts on our upcoming opponents.

“We’ve got to travel up there, and I know we’ll be expecting a really tough game. They got beaten by Bristol City in midweek, so they’ll be wanting a reaction.

Kieffer Moore also looked forward to the fixture as he eyed a continuation of both his and his teammates' form on Teesside.

"We're full of confidence and that's definitely showing on the pitch. Coming off the back of six wins, you don't think too much about the travelling – you're just excited to get back out there and keep on producing performances.

"We want to keep moving up the table. We need to keep churning out wins and points as that's the direction we want to be going in.

"We know what to expect and we have a game-plan to execute to go there and try to come away with the three points."

Middlesbrough have recorded 13 wins, seven draws and 12 defeats during the campaign, a tally which has seen them pick up 46 points from their 32 league matches. Boro come into this weekend’s fixture occupying 9th position in the Championship table, three points and three places behind Mick McCarthy’s Bluebirds. Neil Warnock’s side will look to overtake in-form Barnsley with a victory, but could themselves be leapfrogged by Stoke City and caught up by Millwall by the end of play on Saturday.

Boro made their top six ambitions clear with an impressive unbeaten run early in the campaign, going ten matches without defeat between mid-September and early-November to cement their place as Play-Off contenders. However, a recent spate of indifferent form has seen Warnock’s men drop out of the top six, winning just three of their 11 league fixtures since the turn of the year. Remarkably, Boro have recorded just one draw since November 7th, which came in the form of a goalless meeting with league leaders Norwich City at the end of January.

Since that stalemate at Carrow Road, Middlesbrough have won two and lost three of their Championship fixtures. After suffering a 4-1 defeat to promotion chasing Brentford on February 6th, Boro then fell 2-1 to Derby County at Pride Park, with Colin Kazim-Richards netting the winner. Two consecutive victories followed, against Huddersfield Town and Reading, though Boro were put to the sword by Bristol City in midweek, falling to 9th place for the first time since December 29th.

In his press conference ahead of the match, the former City boss said: "Mick was my apprentice at Barnsley. We've always stayed in touch. I've got so much time for him. Management is all about getting the best out of the players, and I'm so pleased for him."

Middlesbrough made three permanent signings during the January transfer window, and also added two new faces on loan. Neil Warnock kicked off his winter recruitment by purchasing former Millwall goalkeeper Jordan Archer on January 5th; the 27-year-old, who arrived from Scottish side Motherwell, is yet to displace Marcus Bettinelli between the sticks. On January 28th, right-back Darnell Fisher arrived at the Riverside from Preston North End, whilst Nathaniel Mendez-Laing teamed up with his former Bluebirds’ boss on February 2nd.

Boro strengthened their attacking options during the final few days of the windows by acquiring two wingers on loan from Premier League opposition. Firstly, Yannick Bolasie, who previously worked with Warnock at Crystal Palace, signed for Middlesbrough on loan from Everton until the end of the season. Another wide player with plenty of second tier experience, Neeskens Kebano, then joined Boro on Deadline Day, arriving from Fulham on a temporary basis.

Four first team players left the Riverside during the month, with one permanent exit and three loan departures. On January 22nd, goalkeeper Tomás Mejías made a permanent move to Turkish side Ankaraspor, with fellow stopper Dejan Stojanović joining FC St. Pauli in the 2. Bundesliga until the end of the campaign. Two outfield players left the club on Deadline Day; midfielder Lewis Wing joined fellow Championship side Rotherham United, whilst Nathan Wood moved to Crewe Alexandra.

Duncan Watmore arrived at the Riverside back in November, and has made an electric start to life on Teesside. The former Sunderland man netted five goals during his first eight appearances for Middlesbrough, a record which earned him the Sky Bet Championship Player of the Month Award for December. The 26-year-old, who has been operating as a centre-forward in recent matches, last scored during Boro’s 2-1 win over Huddersfield Town on February 16th.

Dael Fry came through the youth ranks at the club, and has become a first-team regular over the past three seasons. A central defender, Fry has been a consistently high performer under Neil Warnock this term, and has helped to keep ten clean sheets from his 26 Championship appearances during the campaign. The 23-year-old has also contributed in front of goal in recent weeks; he provided an assist for Ashley Fletcher during Boro’s win at Reading, and found the back of the net against Bristol City last time out.

George Saville has been a central figure in Neil Warnock’s midfield this term, having missed just one Championship fixture all season. The all-action 27-year-old has scored four goals and provided four assists throughout the campaign, whilst also picking up six yellow cards. Having played the full 90 minutes in 11 consecutive league fixtures across December and January, Saville has been introduced from the substitutes’ bench during Boro’s past three matches.