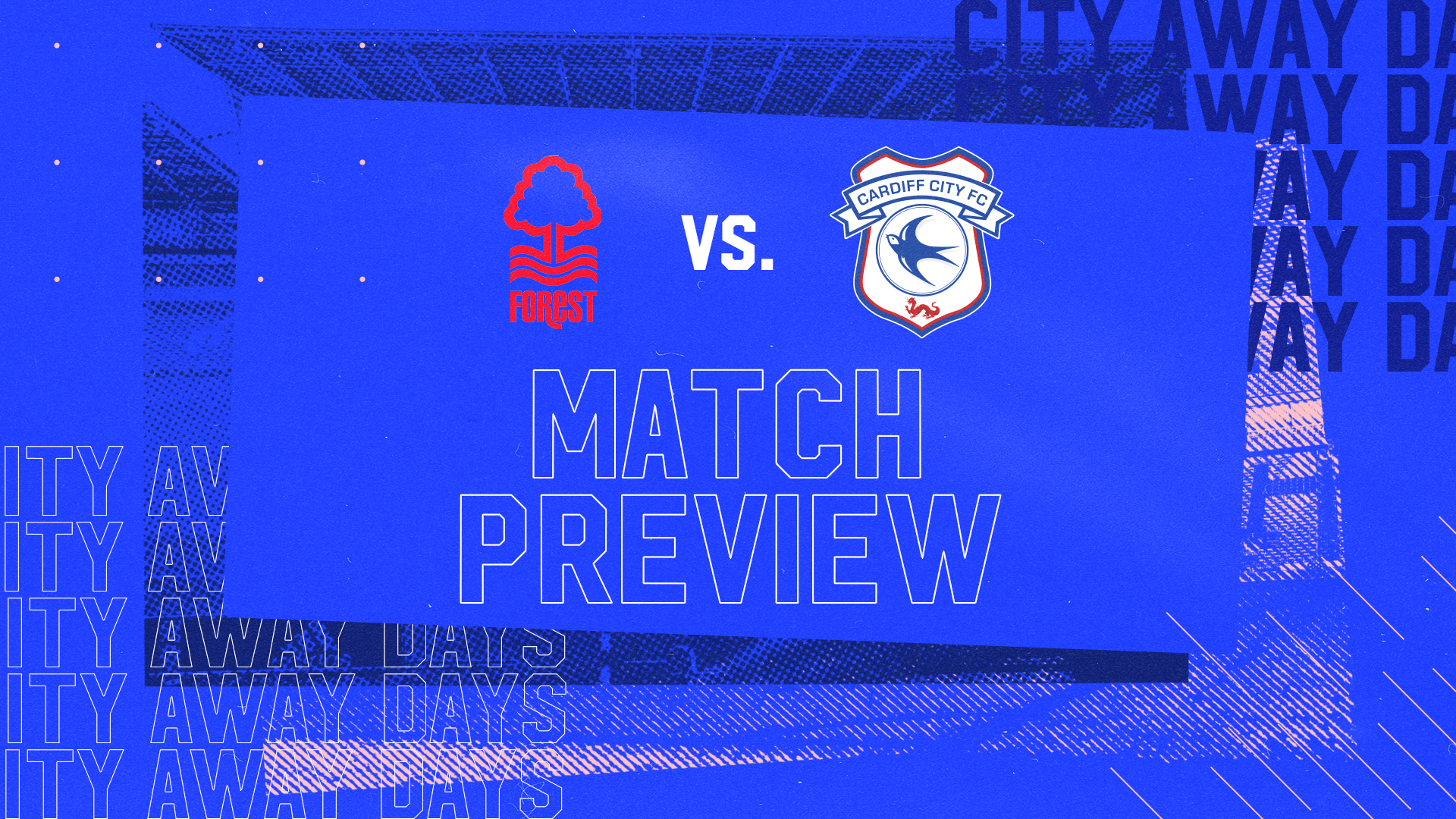 The Bluebirds are back in action after a two-week break for international fixtures, travelling to the City Ground on Sunday, 12th September. Mick McCarthy’s men face Nottingham Forest in front of the Sky Sports cameras, with a 2:30pm kick-off.

Away ticket sales will stop at 2pm on Friday, September 10th, 2021. Forest will not be selling away tickets on the day.

This fixture has been selected for television broadcast domestically and internationally.

As such, Cardiff City TV are offering Audio coverage only in UK & most international countries, with Video Passes available in dark markets (click here for more information). 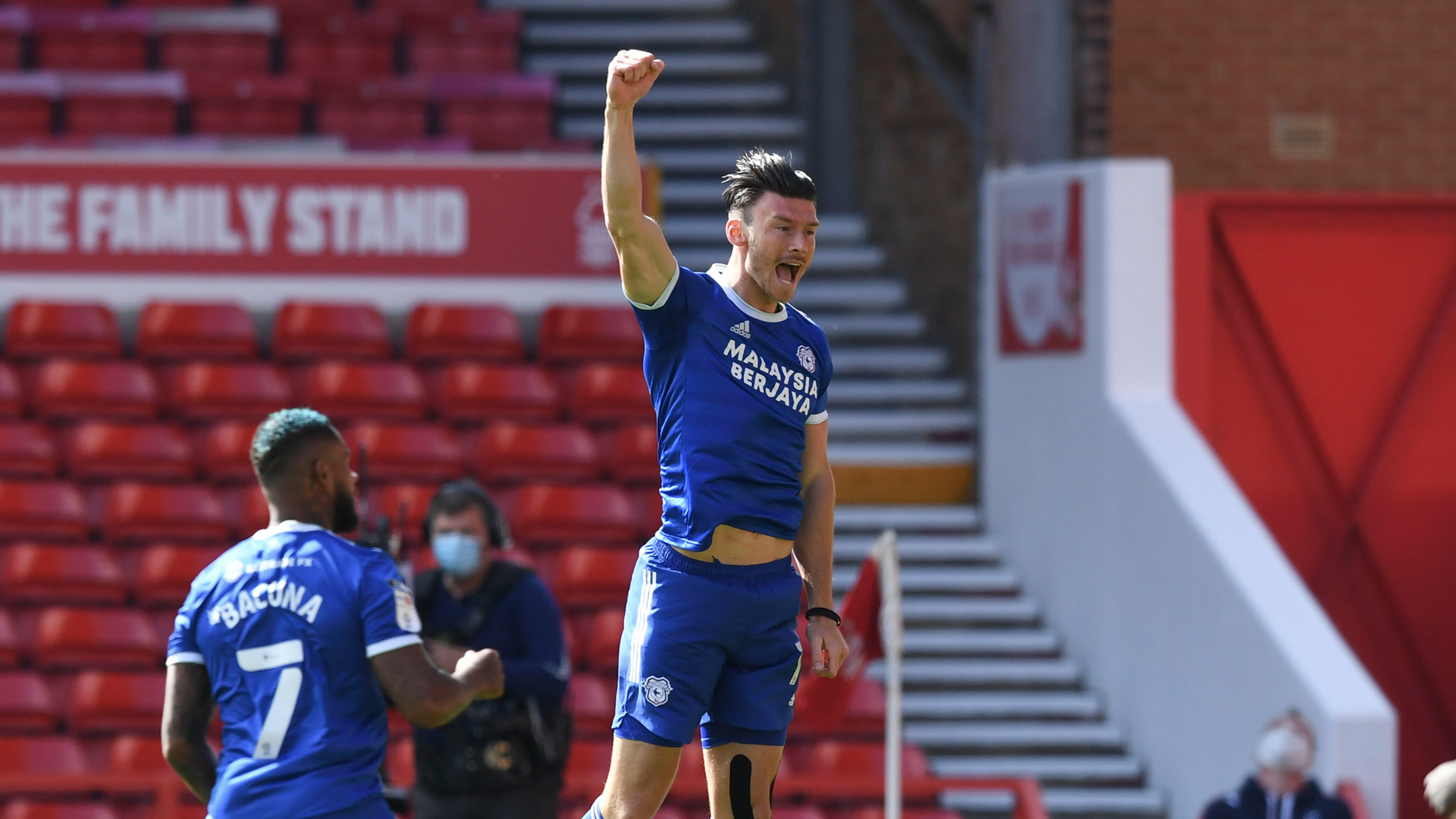 Away Days Gone By | City @ Forest

Ahead of our return to domestic action following the international break, read up on several memorable meetings between the Bluebirds and Forest at the City Ground in recent years.

It has been a difficult start to the campaign for Chris Hughton’s side, who find themselves sitting at the bottom of the Championship table coming into the weekend’s fixtures. Forest have suffered defeat in four of their five league matches this term, drawing only once, leaving them with just a single point at this stage. Hughton’s men have scored on four occasions this season, conceding eight times.

Forest began their campaign with a trip to the Coventry Building Society Arena, falling to a 2-1 defeat against the Sky Blues. Lyle Taylor had given the Garibaldi the lead, before goals from Kyle McFadzean and Viktor Gyokeres turned the contest around. Hughton’s men then suffered another loss, this time on home soil, to AFC Bournemouth. David Brooks and Phillip Billing were on target for the Cherries in another 2-1 scoreline, with Scott McKenna netting for Forest.

A third consecutive 2-1 defeat occurred on August 17th, as Hughton’s side lost at the City Ground one again. Blackburn Rovers were the triumphant side, with Darragh Lenihan scoring the late winner for the visitors. A narrow 1-0 loss at Stoke City followed, before Forest finally got a point on the board in their clash with Derby County. Two Welshmen were on the scoresheet at Pride Park, with Brennan Johnson netting a late equaliser after former Bluebird Tom Lawrence had broken the deadlock.

Philip Zinckernagel signed for Forest on a loan deal from newly promoted Watford, having only joined the Hornets in January. The 26-year-old winger, who hails from Denmark, has spent the majority of his playing career in Scandinavia, turning out for the likes of SønderjyskE and Bodø/Glimt. Zinckernagel scored one goal in 20 Championship appearances for Watford last term as Xisco’s team earned a spot in the top flight, and has hit the ground running at his new club. The forward has netted one goal and recorded three assists in all competitions so far this season, proving to be Forest’s most potent attacking threat.

Max Lowe is another loanee who arrived on loan at the City Ground this summer, signing from recently relegated Sheffield United for the duration of the campaign. The left-back began his career with Forest’s local rivals, Derby County, making 41 senior appearances for the Rams between 2016 and 2020. A move to the Premier League with the Blades followed, though Lowe only featured on eight occasions as United suffered relegation last season. The six-times capped England U20 international could make his Forest debut against the Bluebirds this weekend; despite being eligible, the defender did not feature against his former club Derby in the final fixture before the international break.

Rodrigo Ely joined Forest on a free transfer on September 2nd, having recently departed from Deportivo Alavés. The 27-year-old came through the ranks at Gremio in his native Brazil, before earning a transfer to Serie A with AC Milan in 2012. Loan spells with Reggina and Varese followed, before Ely spent one season with Avellino. He returned to Milan in 2015, but was again limited to just three first team appearances. In 2017, the central defender swapped Italy for Spain, joining Alavés on an initial loan deal which was soon made permanent. Ely also made three appearances for the Brazil U23 side, the last of which came in 2016.

Brennan Johnson spent the 2021/22 campaign on loan in League One with Lincoln City, and has made a telling impact since returning to the City Ground. The 20-year-old netted 13 goals in 49 appearances for the Imps, including a first career hat-trick in April. Now a key part of Chris Hughton’s First Team squad, Johnson has scored one goal and provided one assist from his five league appearances this term, netting a late leveller against arch-rivals Derby County last time out. During the international break, the attacker made his first start for the Welsh national team, winning a penalty during the 0-0 friendly draw with Finland.

João Carvalho scored both goals during Forest’s only win of the season so far, a 2-1 victory over Bradford City in the First Round of the Carabao Cup. The Portuguese midfielder has made 72 appearances for the club since joining in 2018, scoring eight goals and contributing nine assists, but spent last season out on loan in Spain with UD Almeria. In league action this term, Carvalho has made two starts for Chris Hughton’s side, and has also been introduced as a substitute on two occasions.

Lyle Taylor scored four goals during his debut campaign at the City Ground, and will be hoping to equal the 11 goal haul he recorded for Charlton Athletic two seasons ago. The Montserrat international has started four of Forest’s five league games so far this term, and netted in the opening-day defeat to Coventry City on August 8th. The 33-year-old completed the full 90 minutes for the first time this term against Derby County just before the international break.