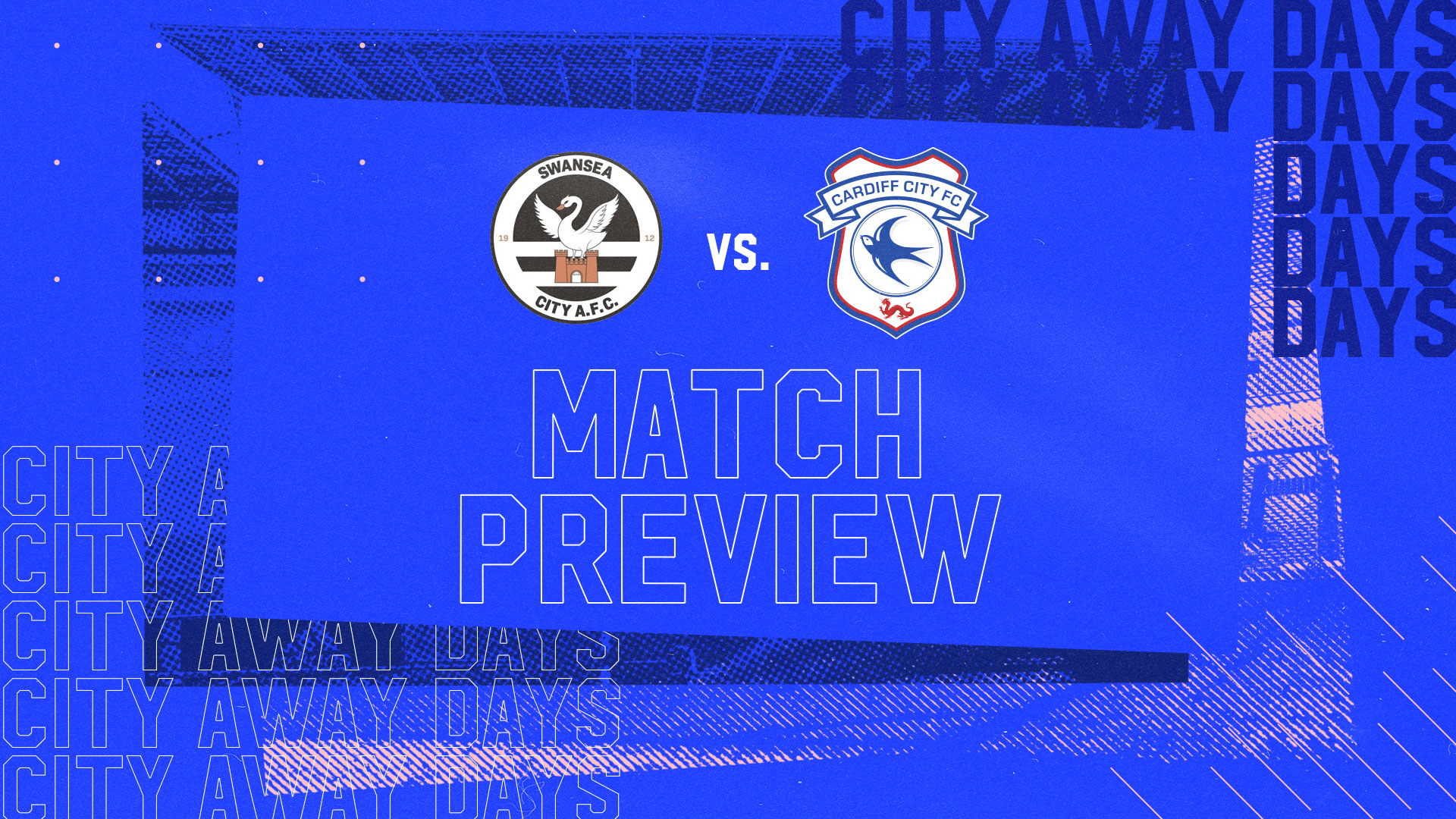 The Bluebirds will contest the South Wales derby in our first fixture following the October international break. Mick McCarthy’s men will travel to the Swansea.com Stadium on Sunday, 17th October, with kick-off taking place at midday.

🎙 If you can't make it to the https://t.co/RRV9vPsvu8 Stadium then tune in to #CardiffCityTV for live commentary!

This fixture has been selected for television broadcast domestically and internationally. As such, Cardiff City TV can only offer Audio coverage in the UK & most international countries.

Supporters based in the UK can purchase Audio Passes covering this match for just £2.50!

Ahead of Sunday's trip to the Swansea.com Stadium, we take a look at some notable derby meetings between Cardiff City and Swansea City.

The last time that both sides met was in March 2021, when the Bluebirds made the trip across South Wales towards the then-named Liberty Stadium…

After reaching the Play-Off Final last term, it has been a tumultuous start to the new season for the Swans. Manager Steve Cooper departed the club during pre-season, leaving the newly-renamed Swansea.com Stadium on July 21st. Six days before their Championship opener, Swansea appointed MK Dons boss Russell Martin to the hot seat. The 35-year-old made over 300 appearances at right-back for Norwich City during his playing days, and moved into management with Milton Keynes after concluding his playing career there in 2020.

Having also seen a number of players depart the club throughout the summer, including highly-rated loan duo Marc Guehi and Freddie Woodman and attacking pair Andre Ayew and Jamal Lowe, the Swans have endured a mixed start to the campaign, with just two victories from their opening 11 fixtures. Martin’s side suffered early defeats to Blackburn Rovers and Stoke City before recording their maiden victory of the season, a narrow 1-0 win over Bristol City at Ashton Gate.

Since then, Swansea have only lost one match, a 3-1 defeat to Fulham, but have recorded four draws from six fixtures. Three of those draws finished goalless, with stalemates against Hull City, Millwall and Derby County. However, the Swans did show a glimpse of their goalscoring ability during a 3-3 draw at Luton Town, which saw Martin’s men score three late goals to snatch a point having been 3-0 down inside 23 minutes.

Flynn Downes joined the Swans from Ipswich Town in early August, signing a four-year deal and inheriting the number four jersey at the Swansea.com Stadium. The midfielder came through the ranks with the Tractor Boys from the age of seven, and made his professional debut at Portman Road in 2017, having been brought into the first team fold by Mick McCarthy. Other than a loan spell with Luton Town in 2018, during which he featured on 10 occasions as the Hatters earned promotion to League One, Downes made a total of 99 appearances for Ipswich before his move to South Wales.

Michael Obafemi came close to a move to Swansea back in January, but injury scuppered his loan deal from Southampton. Undeterred, the Swans made another move for the forward this summer, with the 21-year-old signing a permanent, three-year contract for an undisclosed fee. Obafemi made his Premier League debut for the Saints in 2018, and went on to feature on 35 occasions at St. Mary’s, scoring five goals. The striker has earned one cap for the Republic of Ireland national team, being handed his international debut by Martin O’Neill during a goalless UEFA Nations League draw with Denmark in November 2018.

Olivier Ntcham enjoyed his first taste of football in Britain at Manchester City, after arriving at the Etihad Stadium in 2012 as a 16-year-old. The Frenchman was loaned to Genoa on a two-year deal in 2015, making 41 appearances at the Stadio Luigi Ferraris. A midfielder, Ntcham then moved to Celtic, winning three Scottish Premiership titles between 2017 and 2020, with a further two Scottish Cups and three Scottish League Cups. In total, the 25-year-old made 150 appearances for the Hoops, before an ill-fated loan spell with Marseille, which saw manager André Villas-Boas losing his job at the Stade Veledrome after voicing his disapproval at the acquisition of Ntcham.

Joël Piroe has hit the ground running at the Swansea.com Stadium after making a summer move from PSV Eindhoven. A relatively unknown quantity, Piroe scored 14 goals in 56 appearances for the ‘Jong’ PSV youth side, before a loan spell with Sparta Rotterdam in 2019/20. The striker netted twice in 11 appearances for PSV’s first team last term, and has made a fine start to life as a Swansea player. The Netherlands U20 international has scored six goals in 11 appearances in all competitions, with five in the Championship, including an August run of three goals in three games against Stoke City, Bristol City and Preston North End.

Ethan Laird came through the academy ranks at Manchester United, and joined the Swans on loan from the Red Devils this summer. The 20-year-old has made two senior appearances at Old Trafford, both coming in the UEFA Europa League, but impressed during a loan spell with MK Dons during the latter half of last season. Operating at right-back, Laird recorded four assists in 24 appearances, earning himself a move to the second tier this term. Since joining Swansea, the defender has featured on ten occasions in all competitions, recording two assists.

Jamie Paterson spent five years as a Bristol City player before making the switch from the South West to South Wales, signing for the Swans on a free transfer this summer. The former Walsall and Nottingham Forest man scored 26 goals in 157 matches for the Robins, and featured in their 2017/18 run to the Semi-Finals of the Carabao Cup. The 29-year-old has made ten Championship starts since arriving in Swansea, netting three goals and providing one assist. Operating as an attacking midfielder, Paterson has scored in three away matches – at Blackburn Rovers, Luton Town and Fulham, and is still looking for his first goal on home soil.