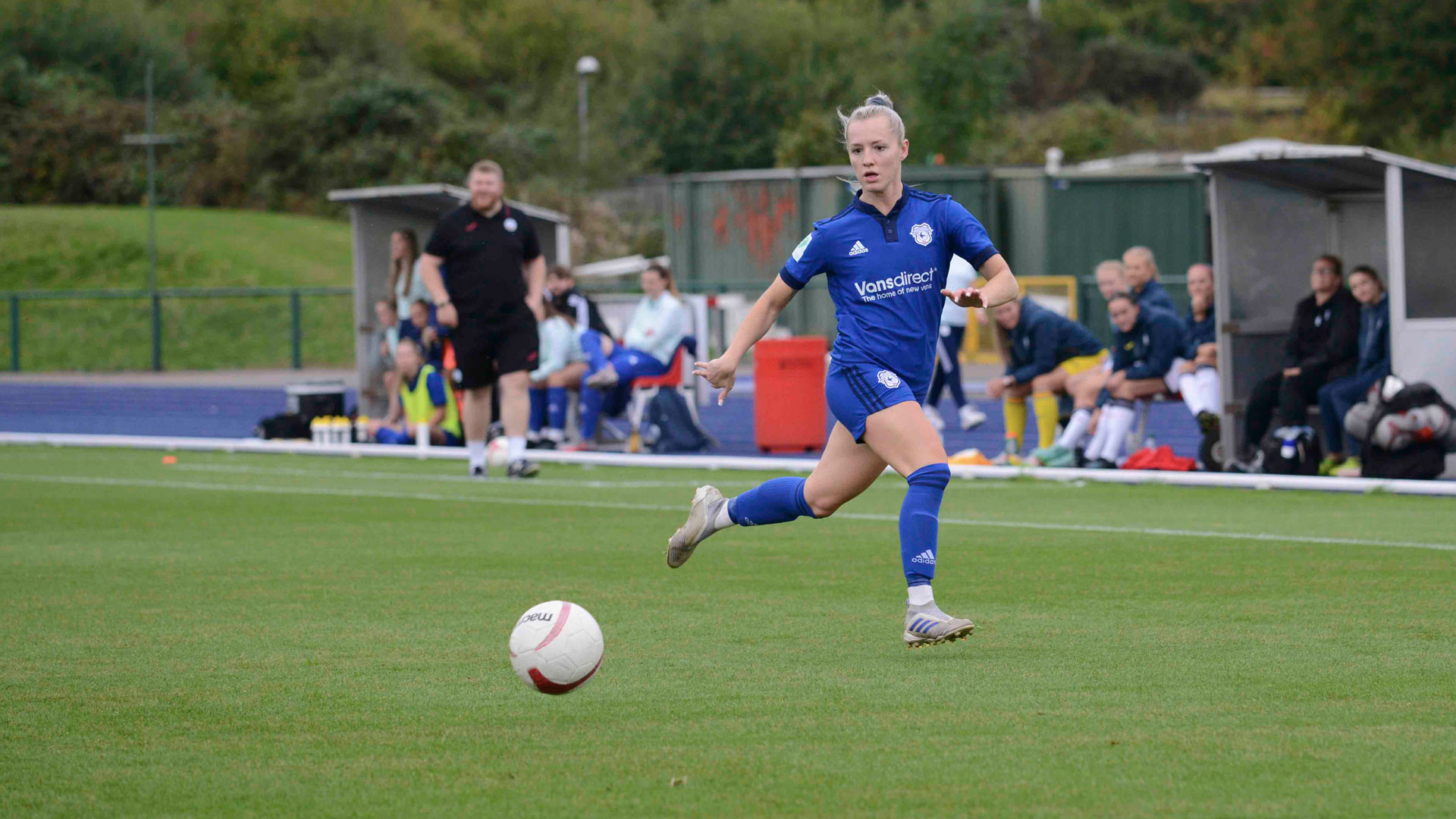 The Bluebirds began well, applying pressure and seeing their efforts pay off in the first half thanks to Phoebie Poole's brace.

On the other end, 'keeper Ceryn Chamberlain put in a Player of the Match-winning performance, denying the hosts throughout the encounter with a series of terrific stops.

Piling on the pressure early on, City had a goal ruled out for offside midway through the first half, with Poole breaking the deadlock two minutes later.

The forward finished coolly for her first, receiving Ffion Price's quickly-taken throw-in before dispatching her effort inside the area.

With a few minutes remaining before the interval, Poole doubled the lead. Hannah Daley's cross found Zoe Atkins, whose headed pass landed near the waiting forward. Poole's goalscoring instinct kicked in as her foot reached out to convert the effort from close range under pressure, securing City's lead.

In the second half, the Bluebirds continued to press well, defending solidly throughout with Chamberlain halting several dangerous attacks to see out the victory away from home.

With three more points for their tally, City came away the winners on their return to Adran Premier action, with a big month of fixtures ahead.