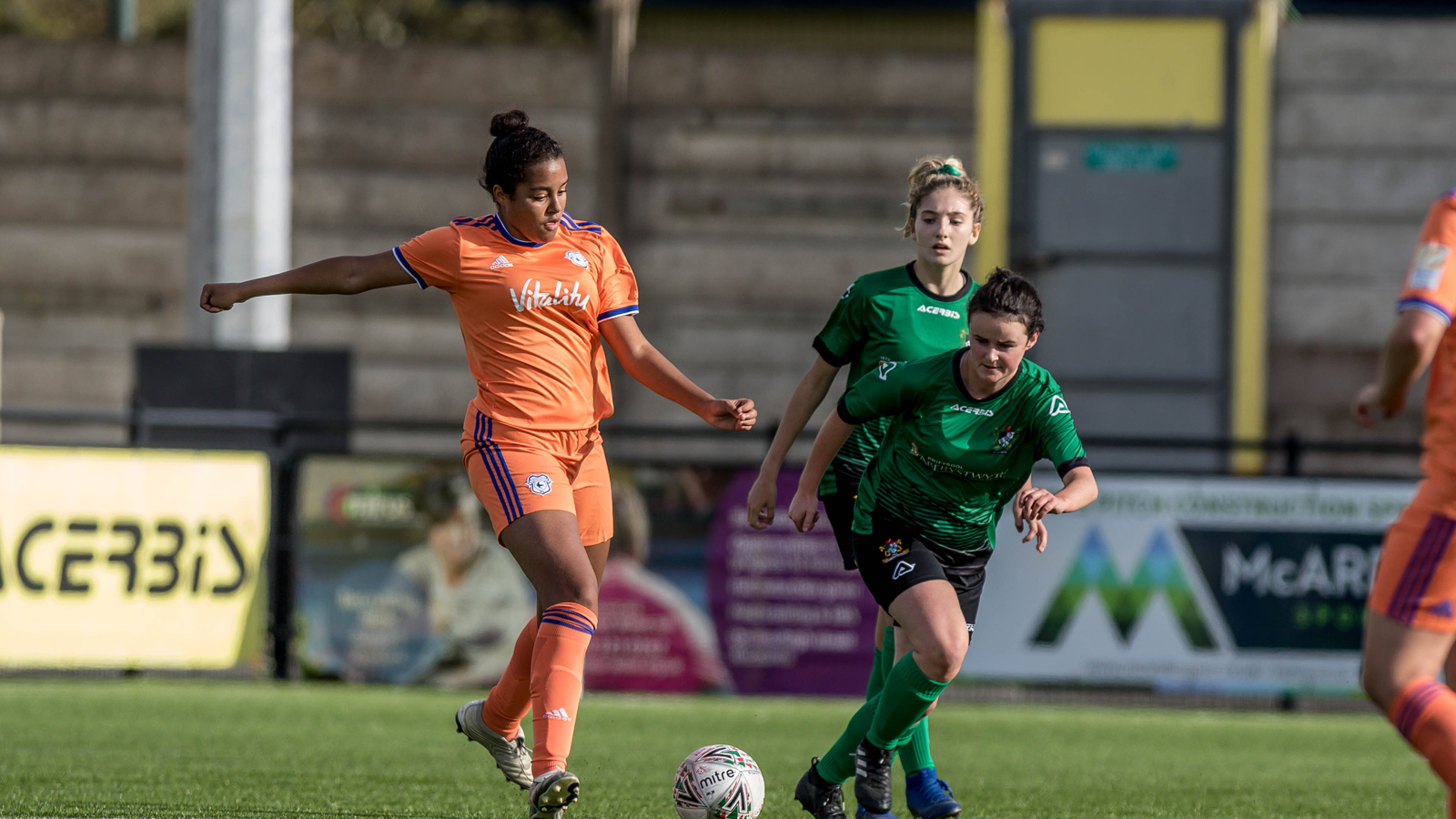 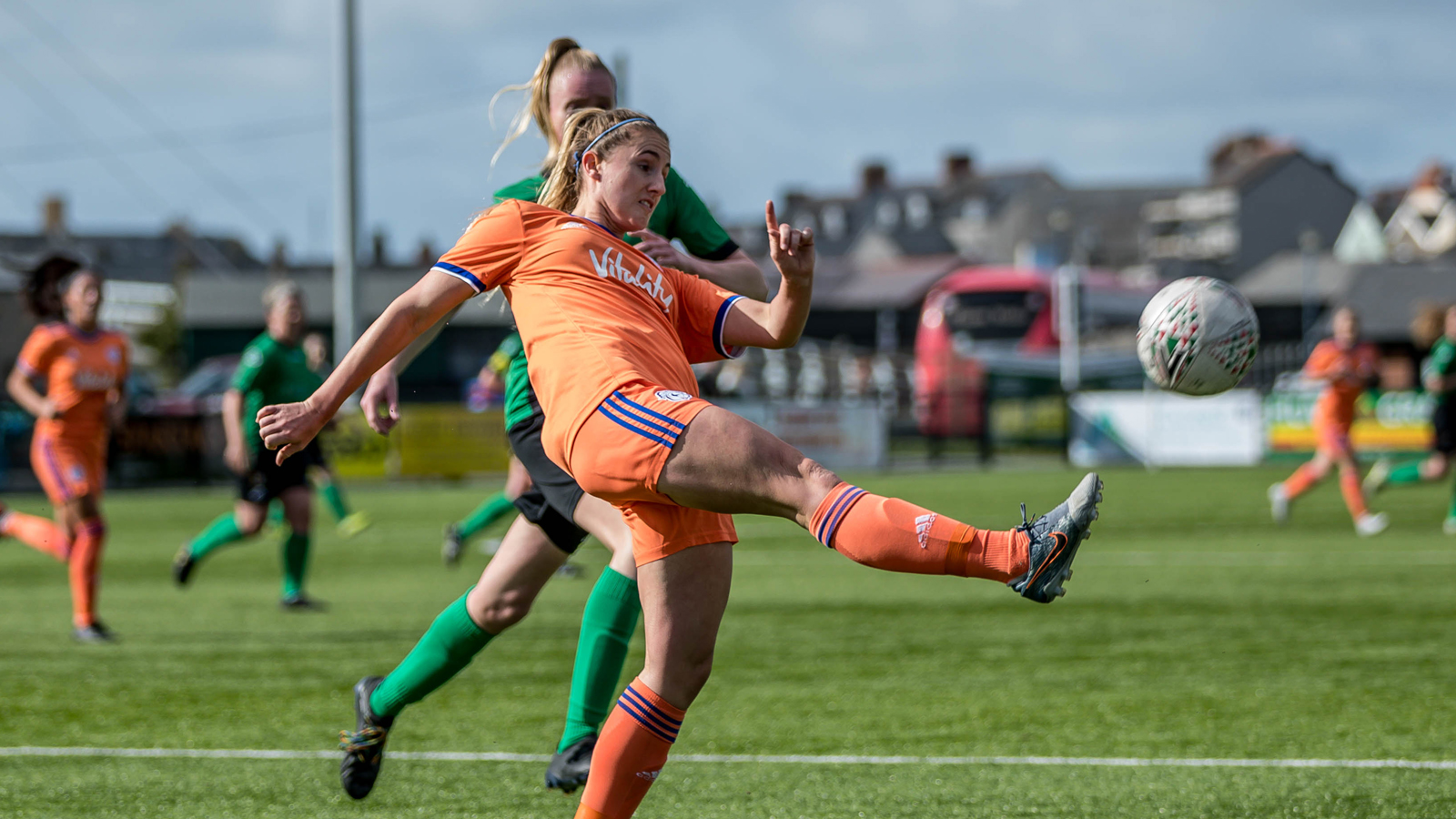 Alana Murphy netted a second consecutive hat-trick with Kate Jeremiah, Zoe Atkins and Eryn Gibbs also getting on the scoresheet.

Iain Darbyshire made four changes from the 10-0 victory over Llandudno last time out, as Ella Hilliard, Kanisha-Mae Underdown, Catherine Walsh and Murphy entered the starting line-up.

The Bluebirds had their opening opportunity after five minutes, as forward Murphy played 25-year-old Jeremiah into the area, but she shot wide. Then six minutes later, the threatening Murphy found herself through on goal, but was flagged offside.

City took the lead with 24 minutes played through in-form Murphy, who sped into the left of the area, before slotting into the bottom, left corner.

It only took another four minutes for determined Murphy to add City’s second and secure a brace – as she beat onrushing goalkeeper Ffion Ashman to the ball and tapped home.

As half-time approached, forward Jeremiah added her name to the scoresheet by pacing into the box off the right wing, before finishing from an acute angle and marking her seventh goal of the season so far.

After the interval, it took Cardiff City 11 minutes to have the ball in the net again – but Murphy’s goal was disallowed for a foul. Three minutes later they scored their fourth, as Atkins gathered Murphy’s terrific crossfield pass before striking her third in two games. 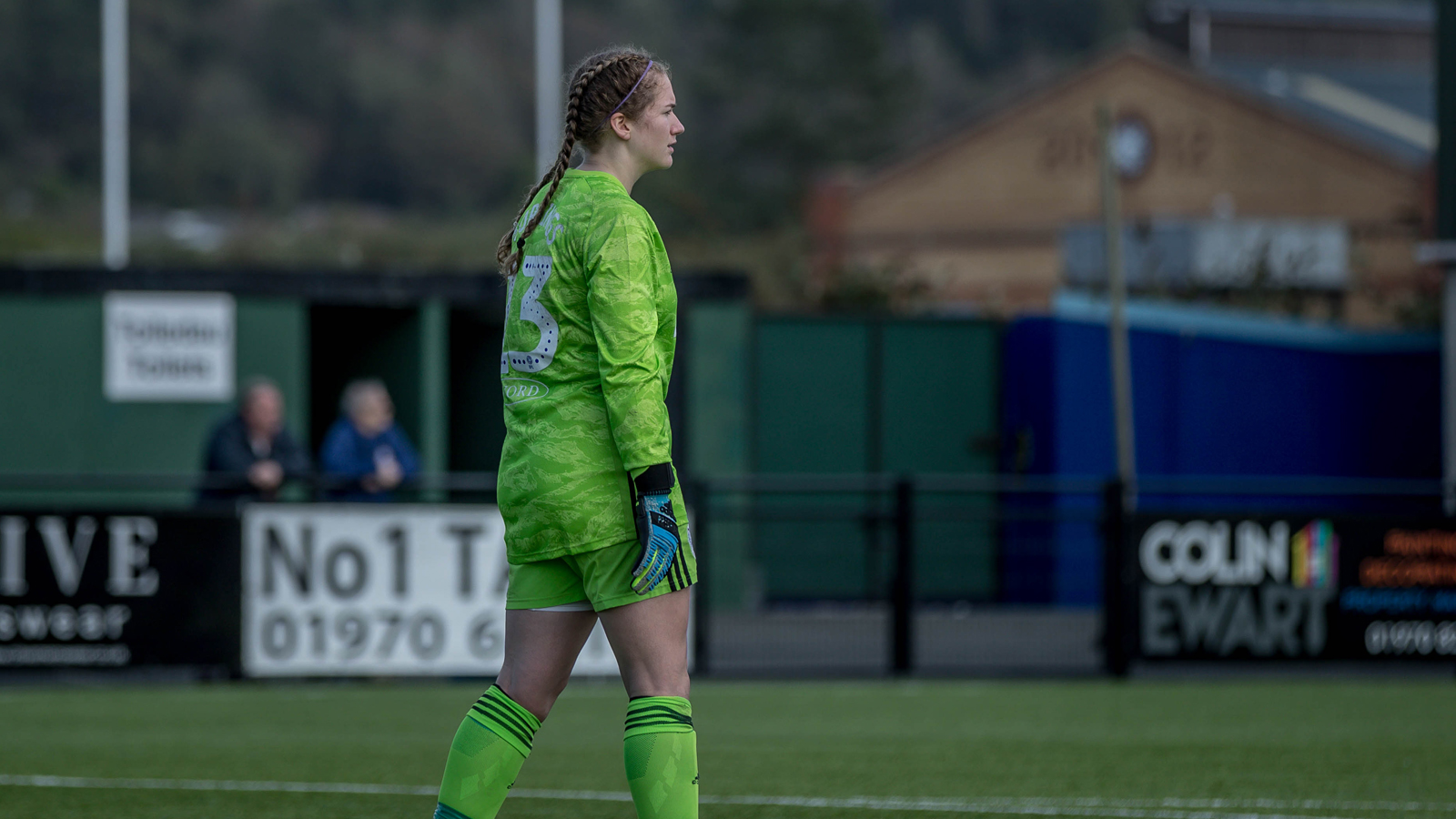 With 18 minutes of the 90 remaining the Bluebirds scored a fifth, as Murphy sealed a hat-trick by speeding through on goal and slotting past Ashman.

City weren’t done though and had a sixth after 85 minutes. Substitute Eryn Gibbs beautifully curled home from the edge of the area to seal her first of the campaign.

That proved to be the final goal of the encounter, as the dominant visitors came away with three points, which kept them top of the WPWL.