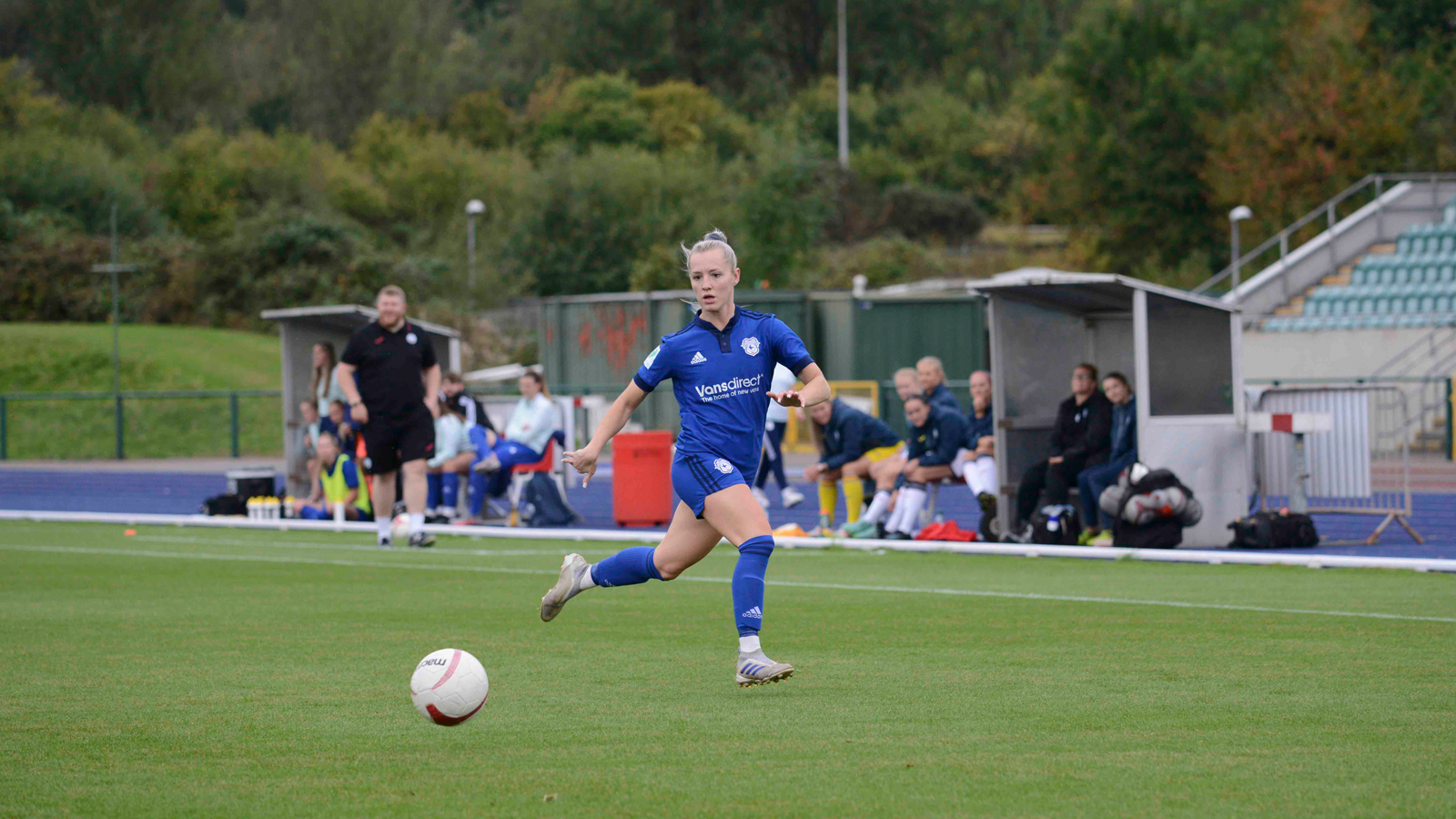 Cardiff City FC Women continued their good form this week with an away victory against Barry Town United.

The hosts challenged the Bluebirds throughout, and held fast throughout the first half to keep the scores level at the interval.

The hosts came close to scoring before the interval as a shot found its way over the goal line. However, the linesman intervened with an offside call, denying Barry Town their opener.

Testing their opponents in the first half, the visitors came close on several occasions, though their closest chance came when they were awarded a penalty kick in the 45th minute of play. Catherine Walsh stepped up to take the kick, but her shot frustratingly bounced off the post.

Clearly encouraged during the break, City scored not long after the second half began. Zoe Atkins wasted no time in finding the back of the net after the interval, shooting low from inside the area following a well-worked piece of play from the visitors.

Less that ten minutes later, Walsh bagged her goal with an impressive headed effort from a corner-kick. Despite the pressure from the opposing defenders, Catherine managed to head home to double the lead, putting the match out of reach for the hosts.

With City keeping up their press, the Bluebirds were composed for the remainder of the fixture, keeping threats at bay and keeping another clean sheet in their current Adran Premier League campaign.

Following the final whistle, Iain Darbyshire spoke to cardiffcityfc.co.uk to discuss the result:

"We knew it was going to be a cagey match," began Iain. "We knew that Barry like to defend narrowly and are compact with their back four and midfield, so it would be tough to break down.

"We missed a few chances in the first half, but we we confident coming in at the break. The girls were eager to get back out there at half-time, they knew what they needed to do and managed to get the goals in the second half.

"Catherine's mentality and confidence is great to have in the team. After she missed her penalty we knew that she'd bounce straight back, and she helped us a lot tonight in getting the result, without even mentioning the goal that she scored!"

Highlights for this match will be available on Cardiff City TV!