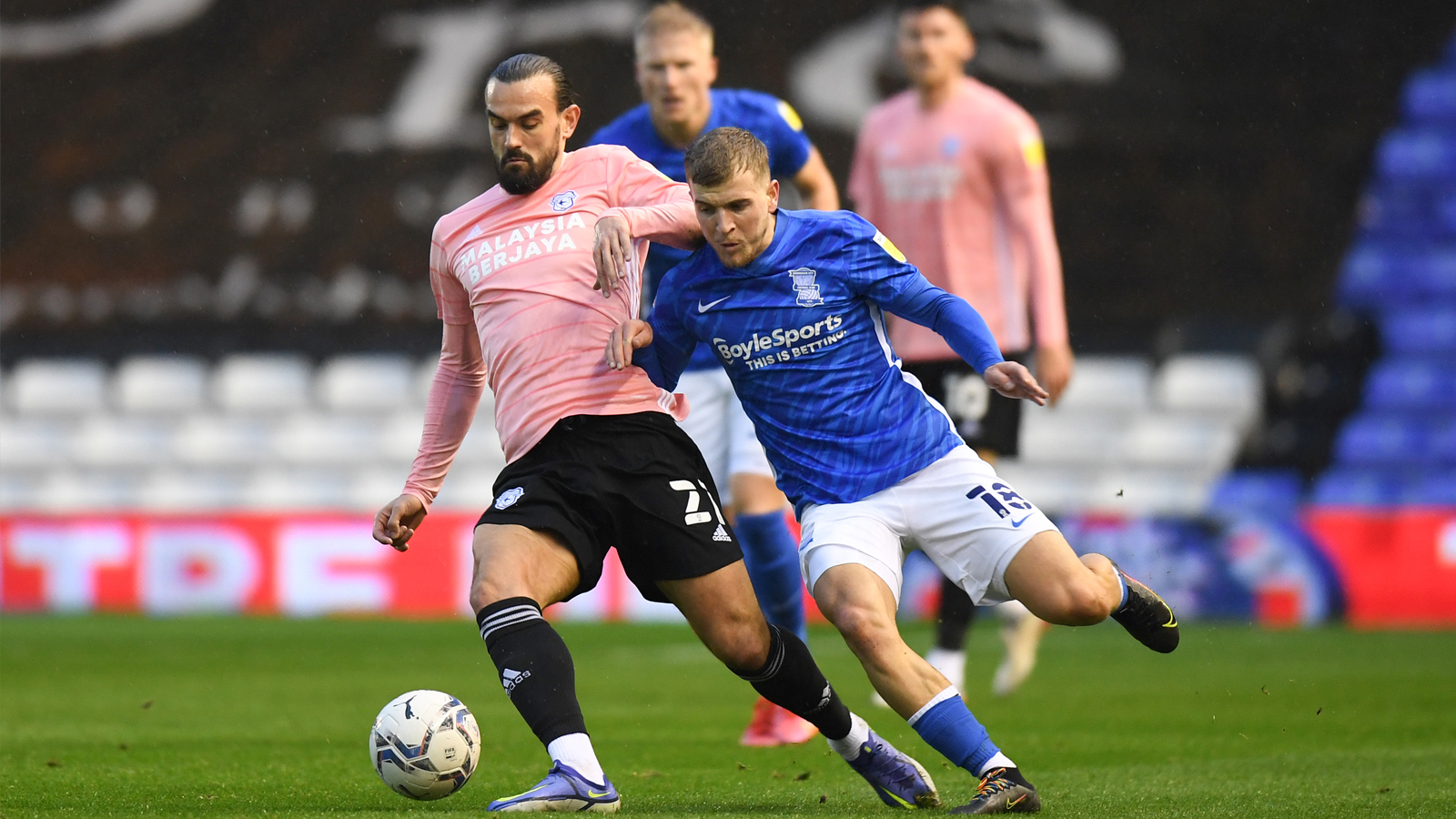 Cardiff City fought back from two goals down with a dramatic late equaliser to secure a point away from home against the Blues on Saturday afternoon.

Having gone down by two goals to nil at half-time, a crucial turnaround was made by City, with Kieffer Moore and Mark McGuinness netting to upset the hosts late on.

Steve Morison made three changes to the side that started against Sheffield United at home last week, with Moore, Rubin Colwill and Aden Flint all returning to the starting lineup.

City got the first chance of the afternoon with only two minutes played, as James Collins’ well-weighted cross towards strike partner Moore was struck downwards, bouncing up and over the Birmingham City crossbar.

Following some pressing from the hosts, Ivan Šunjić’s distanced shot 15 minutes in was deflected wide of the post by Mark McGuinness.

Joe Ralls proved a nuisance for Blues throughout the first half, playing in dangerous crosses from set pieces and in open play. His incisive passing led to several half chances for the Bluebirds early on, winning yet more

City pressed further as the half progressed. Aden Flint’s headed effort was collected by Matija Šarkić before James Collins could get a foot to the trailing ball, before Moore’s shot from the edge of the area was blocked by Šunjić a few minutes later.

Troy Deeney broke the deadlock with 15 minutes of the first half remaining, finishing past Alex Smithies after going through into a 1-on-1 with the ‘keeper.

The lead was doubled in injury time by Šunjić, who guide his shot home from a low cross into the area.

After the interval, City pressed early for a responding goal, nearly getting on the scoresheet in the opening minutes of the second half. Ryan Giles’ strike was pushed away by Šarkić, while Aden Flint’s header went wide of the post later.

Deeney was gifted a chance to head home from a cross before the hour mark, but he too sent his effort narrowly wide around the post.

Not long on the pitch, substitute Isaak Davies very nearly got his name on the scoresheet, heading into the arms of Šarkić following a poor defensive header by Dion Sanderson.

City eventually got back into the match with a goal of their own not long afterwards, as Kieffer Moore netted from the edge of the area following quick counter-attacking play from the visitors.

Substitutes Davies and Harris combined well at the top end of the field for the remainder, using their pace to disrupt play and threaten with the ball at their feet.

Mark McGuinness hammered home the equaliser in the 90th minute of play, latching onto Joe Ralls’ inch-perfect corner-kick as he did against Sheffield United last week. Celebrating in front of the travelling City supporters, the goal proved decisive in rescuing a hard-earned point away from home.