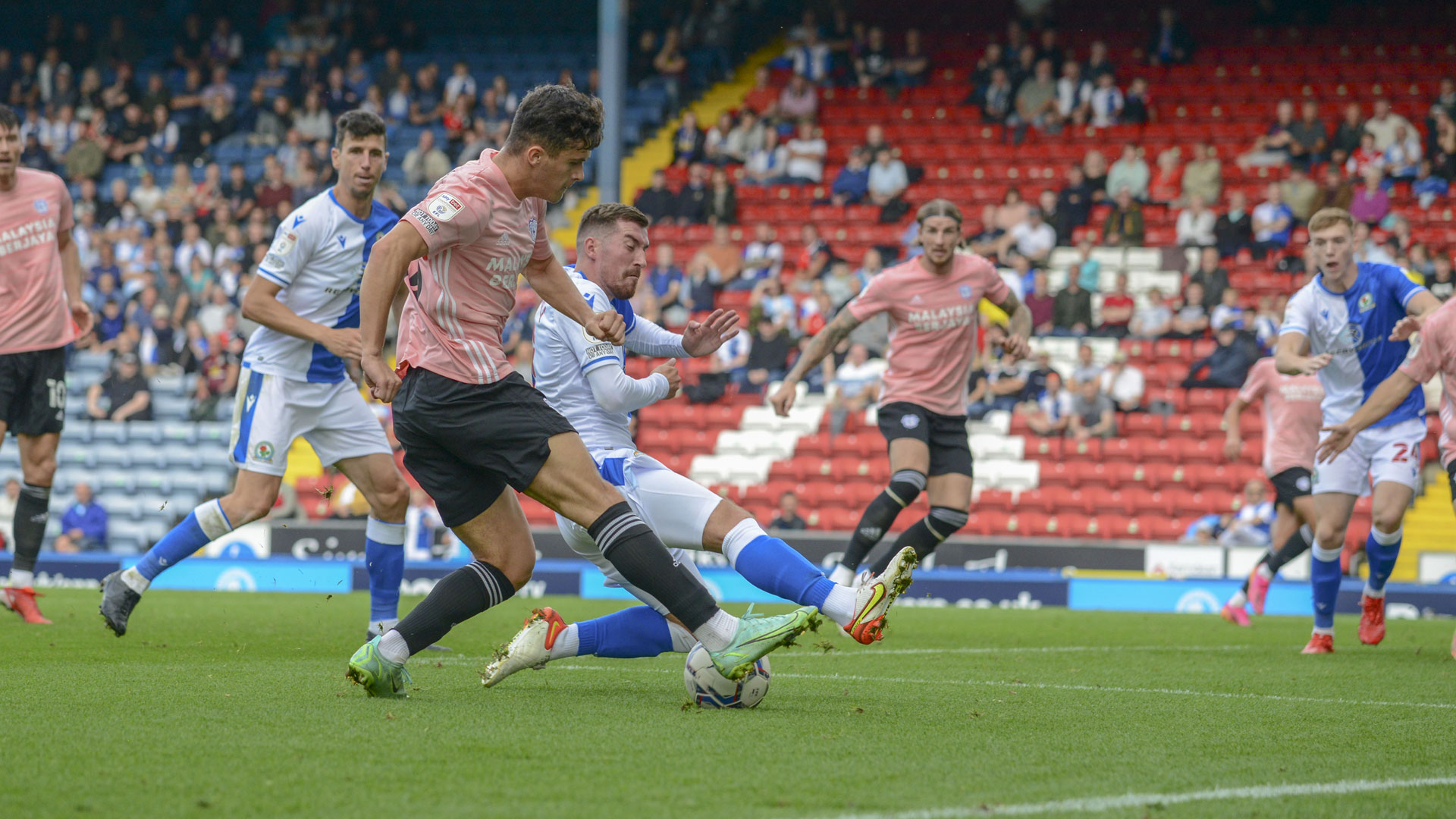 The Bluebirds suffered a 5-1 defeat at Blackburn Rovers on Saturday, September 25th, 2021.

Sean Morrison's 58th minute headed goal came after Sam Gallagher, Ben Brereton Diaz & Tyrhys Dolan had given the hosts a commanding lead on a difficult afternoon for City. Brereton Diaz scored his third goal of the game from the penalty spot late on.

Mick McCarthy made three changes to the team that played AFC Bournemouth last time out with Joel Bagan, Perry Ng & Rubin Colwill all coming back into the starting XI.

City's long throw, that has already caused a number of issues for Championship defences this season, almost helped the Bluebirds net early on at Ewood Park. Sean Morrison and Aden Flint both went close with attempts at goal after seven minutes.

McCarthy's side started strongly in Lancashire, but two clinical finishes from the hosts soon had them firmly in control of the encounter. Sam Gallagher composedly gave his side the advantage after 24 minutes after running clear. Eight minutes after, Chile international Ben Brereton Diaz volleyed in at close range to double the lead.

Just before the interval, a fortunate deflection helped Brereton Diaz add a third goal, leaving the Bluebirds with it all to do in the second half.

A double change at the break saw Mark Harris and Ryan Giles coming into the game, the latter returning to action after missing three games through illness. City went on the attack immediately, but a hard-hitting counter attack saw Rovers net a fourth goal through Tyrhys Dolan.

City continued their attacking approach to try and find an unlikely route back into the match. Skipper Morrison reduced the deficit to just three goals after 58 minutes - meeting Giles' dangerous corner.

After scoring their first of the game, City continued pressuring the hosts. Substitute Harris' header was tipped wide by Thomas Kaminski on 68 minutes. Full-back Bagan also struck off target twice later in the half.

A sixth goal of the clash eventually came with one minute of the 90 remaining. Dillon Phillips was punished for a foul on Reda Khadra in the area. Brereton Diaz stepped up to convert the penalty and seal his hat-trick.

The Bluebirds will look to put this defeat behind them with home fixtures against West Bromwich Albion and Reading in the week leading up to the international break.