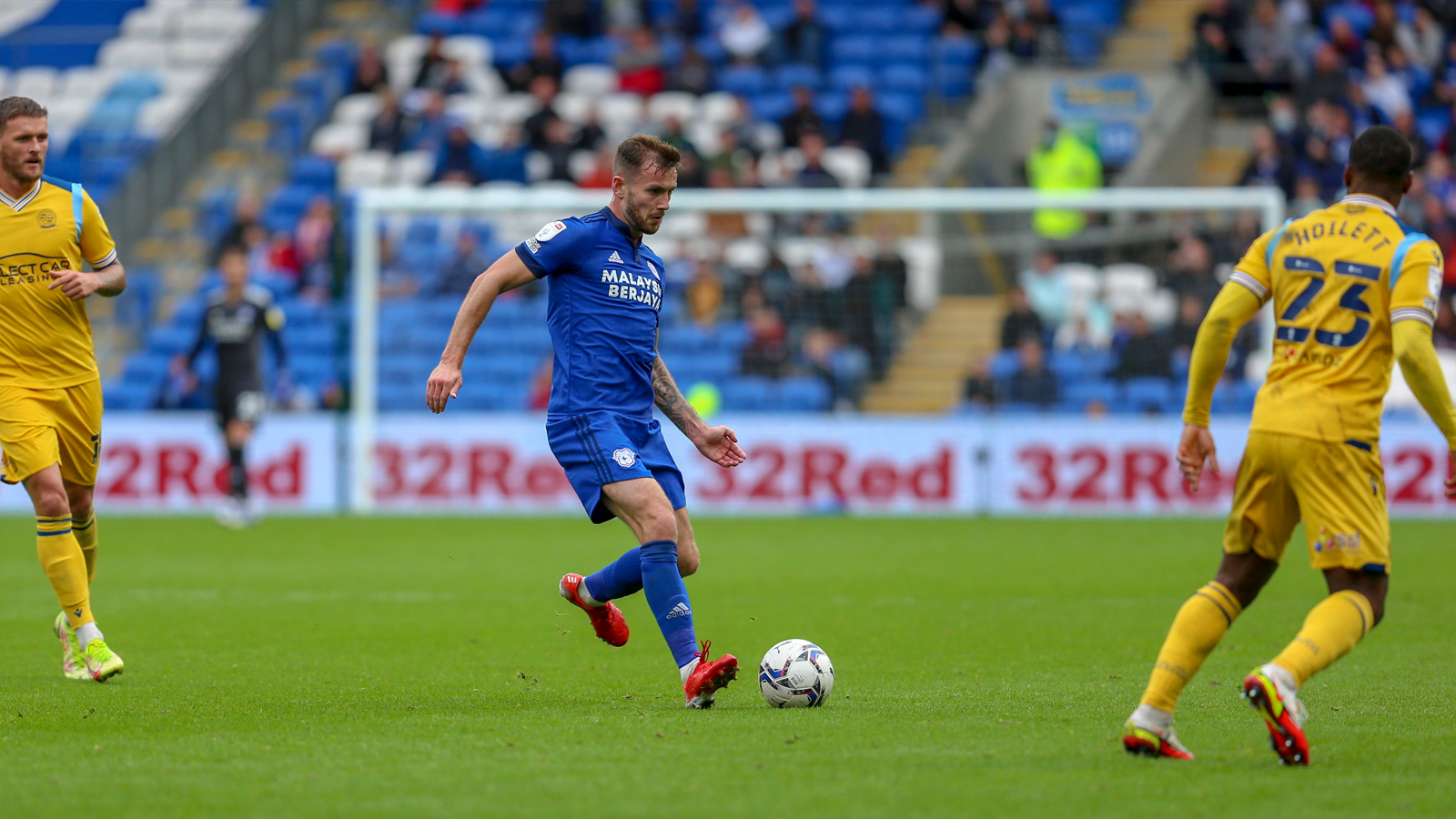 Cardiff City fell to an unfortunate defeat to Reading on Saturday afternoon – Junior Hoilett's goal against the run of play settling the contest at CCS.

Mick McCarthy made four changes to the side which faced West Bromwich Albion in midweek, which altered the Bluebirds’ shape from a 5-3-2 to a 4-3-3. Alex Smithies, Kieffer Moore and Joe Ralls replaced Dillon Phillips, James Collins and Will Vaulks in the starting eleven, with Sam Bowen making his first league start at Cardiff City Stadium in place of the injured Sean Morrison.

Aside from an early half-chance on the break for Ovie Ejaria, City dominated the opening 30 minutes of play, creating several opportunities to find an opener. Mark McGuinness had the first real chance of the afternoon for the Bluebirds, latching onto Curtis Nelson’s cross with a powerful header, which forced a strong save from goalkeeper Luke Southwood.

Joe Ralls was instrumental in City’s attacking play throughout the match, and had an opportunity of his own just before the half-hour mark. The midfielder firstly struck a fierce half-volley which was blocked, with play being recycled and Aden Flint delivering a looping header back across goal. Determined to connect with the aerial ball, Ralls raced into the six-yard box and headed towards goal, though his effort rose narrowly above the woodwork.

The visitors rarely troubled the Bluebirds’ backline during the first half, but made a short spell of possession count after 37 minutes. A loose ball fell kindly to Junior Hoilett, who took aim from 20 yards and found the far corner with a pinpoint strike.

McCarthy’s men had two chances to get back on level terms before the break, but could not find an equaliser before the whistle. The lively Ryan Giles broke forward at pace after being released by Moore, forcing another save from Southwood with a testing drive from range. Giles was involved once again moments before the interval, delivering a dangerous cross which was spilled by the Reading stopper. Aden Flint was the unexpecting recipient; the central defender was unable to bring the ball under control, and fired over the crossbar on the turn.

The Bluebirds continued to enjoy the majority of attacking play in the second half, with young midfielder Sam Bowen seeing two shots blocked. The first, which was stopped by the body of Royals’ skipper Liam Moore, brought penalty appeals from City players and fans alike, though nothing was given by the referee.

Finding himself in space on the edge of the Reading area, Marlon Pack burst forward and curled a low effort on goal, which whistled narrowly wide of Southwood’s post. Minutes later, Nelson flicked a corner-kick on goal at the front post, though his headed effort was cleared on the goal-line, as City continued to press for a leveller.

The Bluebirds saw another penalty appeal waved away soon afterwards, with Moore going down under the challenge of Tom Dele-Bashiru, though the Reading man made a firm connection with the ball before colliding with the Welsh striker. Joe Ralls was first to react, curling the ball towards the far corner and bringing another smart stop from Southwood.

After several injury stoppages throughout the second half, the fourth official signalled for ten minutes of additional time at the end of the match, although the Bluebirds were unfortunately unable to capitalise. Giles came closest for City, with a curling cross which caught out the goalkeeper and crashed against the far post. The winger later struck a fierce shot from distance, which zipped off the turf and fizzed just inches away from delivering what would have been a well-earned point.

After the international break, the Bluebirds will take on Swansea City in the South Wales derby on Sunday, October 17th, with a midday kick-off at the Swansea.com Stadium.