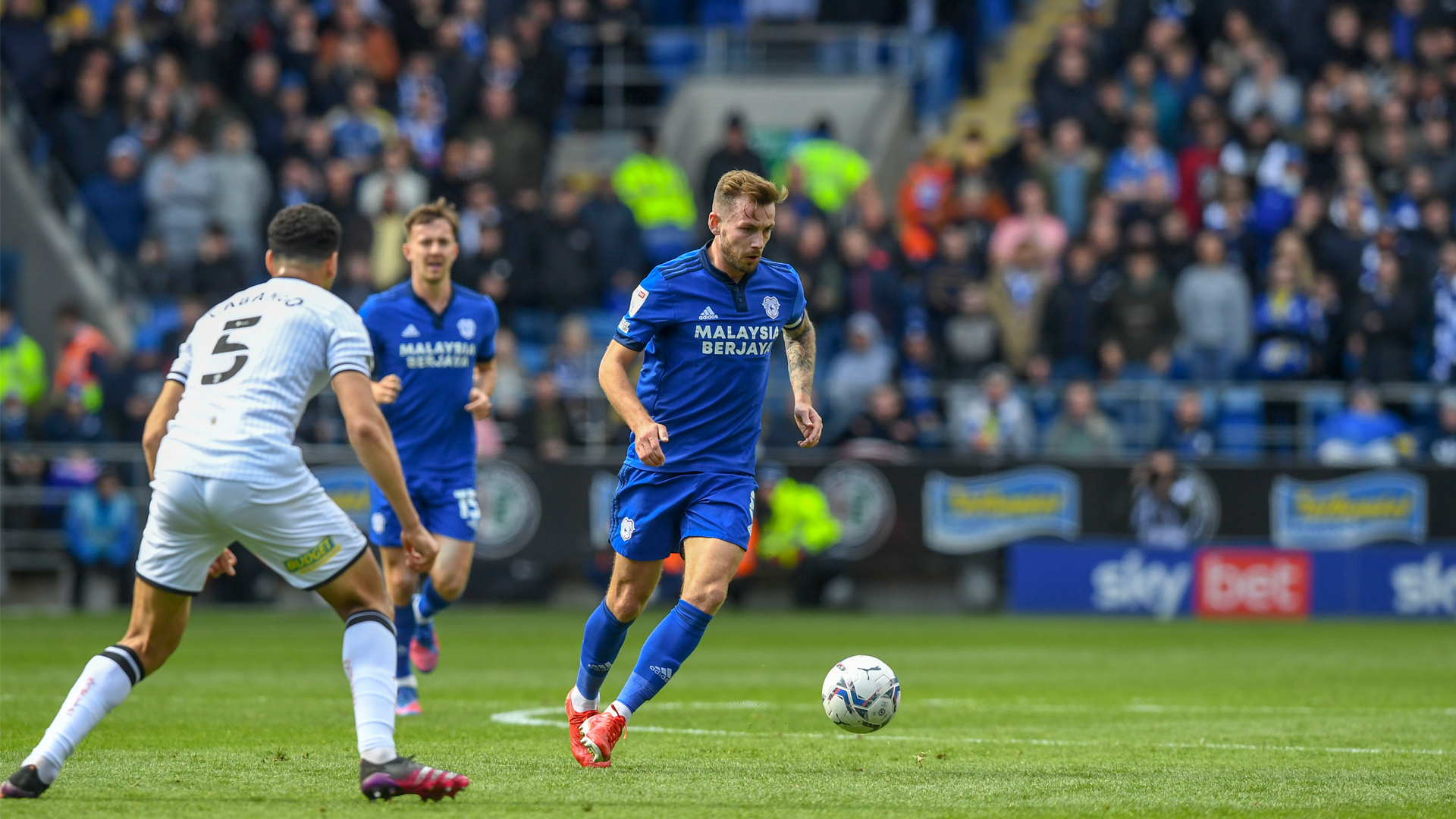 Michael Obafemi’s brace, along with goals from Ben Cabango and Hannes Wolf were enough to secure the three points for the visitors.

Boss Steve Morison named an unchanged side having defeated Stoke City in the final fixture before the international break.

The visitors went close early on, as Joël Piroe chipped into the box towards striker Obafemi, whose effort was straight at Alex Smithies. Russell Martin’s side took the lead in the sixth minute, with Jamie Paterson finding Obafemi, who netted from close-range.

City responded well with a period of sustained pressure, as Ryan Wintle set Cody Drameh free on the right, whose cross fell to Jordan Hugill, with the striker’s goal-bound effort blocked in the area. As the Swans broke, Wolf found space to drive into, but was denied the chance to shoot by a fantastic challenge from Wintle.

In a promising Bluebirds attack, Mark Harris beat the offside trap, before cutting inside to Drameh, whose effort at goal was blocked by a Swans defender. The right-back, on loan from Leeds United, was again involved, as he found Joe Ralls on the edge of the box, who curled an effort into the arms of Andy Fisher. The Swans had an opportunity just before the interval, but Obafemi was denied by a brilliant challenge from Perry Ng.

Morison’s men started the second period on the front foot, as Ralls’ cross was headed down by Aden Flint, but couldn’t quite be directed goalwards by Hugill. The visitors doubled their lead in the 57th minute however, with Cabango finding the bottom corner.

City went close to halving the deficit through Hugill, who headed narrowly wide with a close-range header, as he met Ralls’ delivery into the box. The Bluebirds continued push forward, as the ball fell to substitute Rubin Colwill, whose effort was blocked by Matt Grimes. In another City attack, Ng drove forward and struck from just wide from the edge of the area.

In the 77th minute, Wolf headed home at the back post, before Obafemi curled into the top corner four minutes later to ensure the victory for the visitors. City return to action next weekend, travelling to Reading’s Select Car Leasing Stadium on Saturday 9th April, 3pm KO.