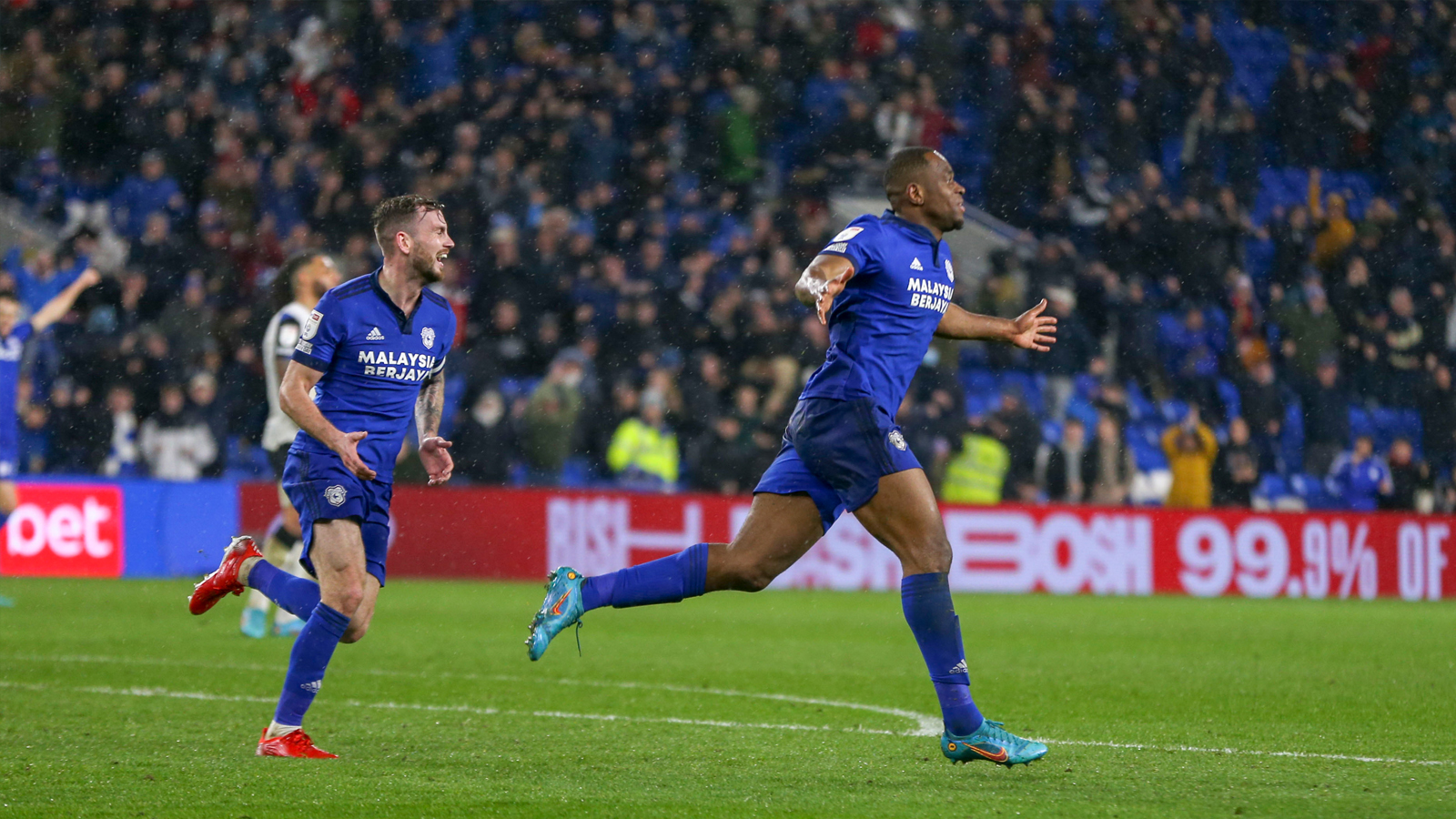 A dramatic late winner from substitute Uche Ikpeazu, turning home from close-range, was enough to secure all three points for the Bluebirds.

Boss Steve Morison made four changes to the side that started against Fulham on Saturday, with Joel Bagan, Ryan Wintle, Isaak Davies and Jordan Hugill coming into the starting XI.

City almost found an early breakthrough, as midfielder Tommy Doyle struck a brilliant effort from the edge of the box to rattle the woodwork. The visitors reacted well and took control of possession, but failed to call Alex Smithies into action, with the Bluebirds defence coming out on top in the early exchanges.

The Rams’ left-back, Lee Buchanan beat the offside trap and bared down on goal in a chance for Wayne Rooney’s men, but fired wide of the mark. In another opportunity for the visitors, Festy Ebosele created space for himself in the box, only to strike over the woodwork.

Morison’s side replied with a positive attack, as Bagan crossed well from the left for Hugill to attack, but the striker headed narrowly over. Doyle posed a real threat for the Bluebirds, picking the ball up on the edge of the box once more, with his effort at goal going close. Despite chances for both sides in the first-half, the contest was goalless at the interval.

The visitors went close to taking the lead at the start of the second period, with Ebosele finding space on the right to deliver low into the box, but Perry Ng was perfectly positioned to clear the danger. City responded well, with Bagan cutting inside from the left and striking, as his goal-bound effort was blocked by defender Curtis Davies.

City goalkeeper Smithies pulled off an unbelievable save to keep the scores level, as he tipped Ravel Morrison’s close-range header onto the post, with substitute Colin Kazim-Richards firing wide from the rebound. In a chance for the Bluebirds, Doyle stepped up to take a free-kick in a dangerous position, forcing a save from Rams goalkeeper Ryan Allsop.

As City continued to search for a breakthrough, striker Davies went close with a brilliant solo run, before his effort was saved by Allsop. Midfielder Doyle led a swift counter-attack for the Bluebirds and drove at the visitors’ defence, only to fire just over the woodwork. City kept goalkeeper Allsop busy, as Ng struck a powerful effort from distance, which almost caught the shot-stopper off guard.

The Bluebirds were denied by the woodwork for the second time of the evening, as midfielder Joe Ralls curled an effort at goal, only to hit the bar. City broke the deadlock in the 86th minute, with substitute Ikpeazu turning home from close-range to find a dramatic winner for the Bluebirds to secure all three points.