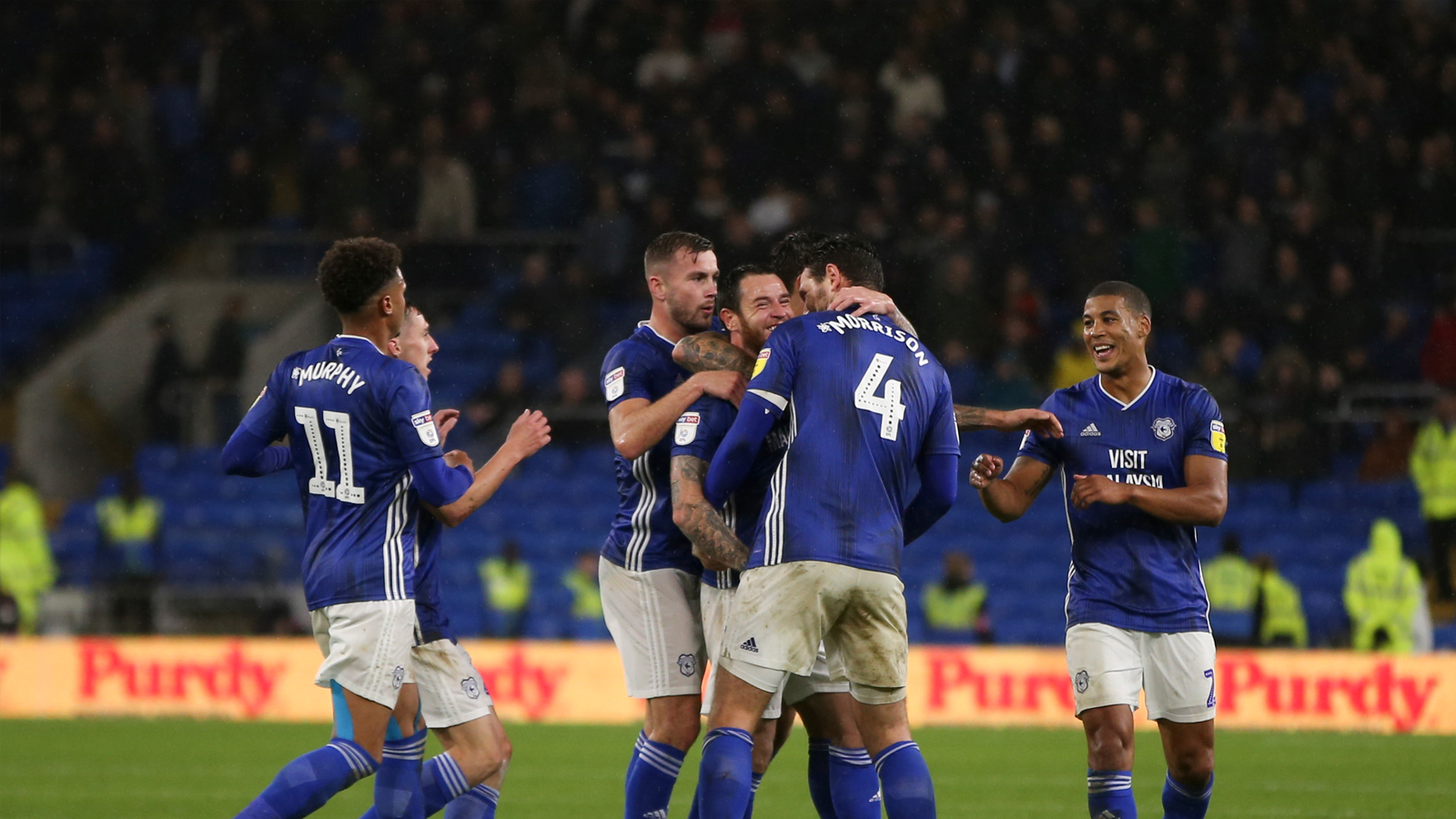 Cardiff City continued their unbeaten run at home with a dramatic late equaliser under the floodlights at CCS on Friday night. 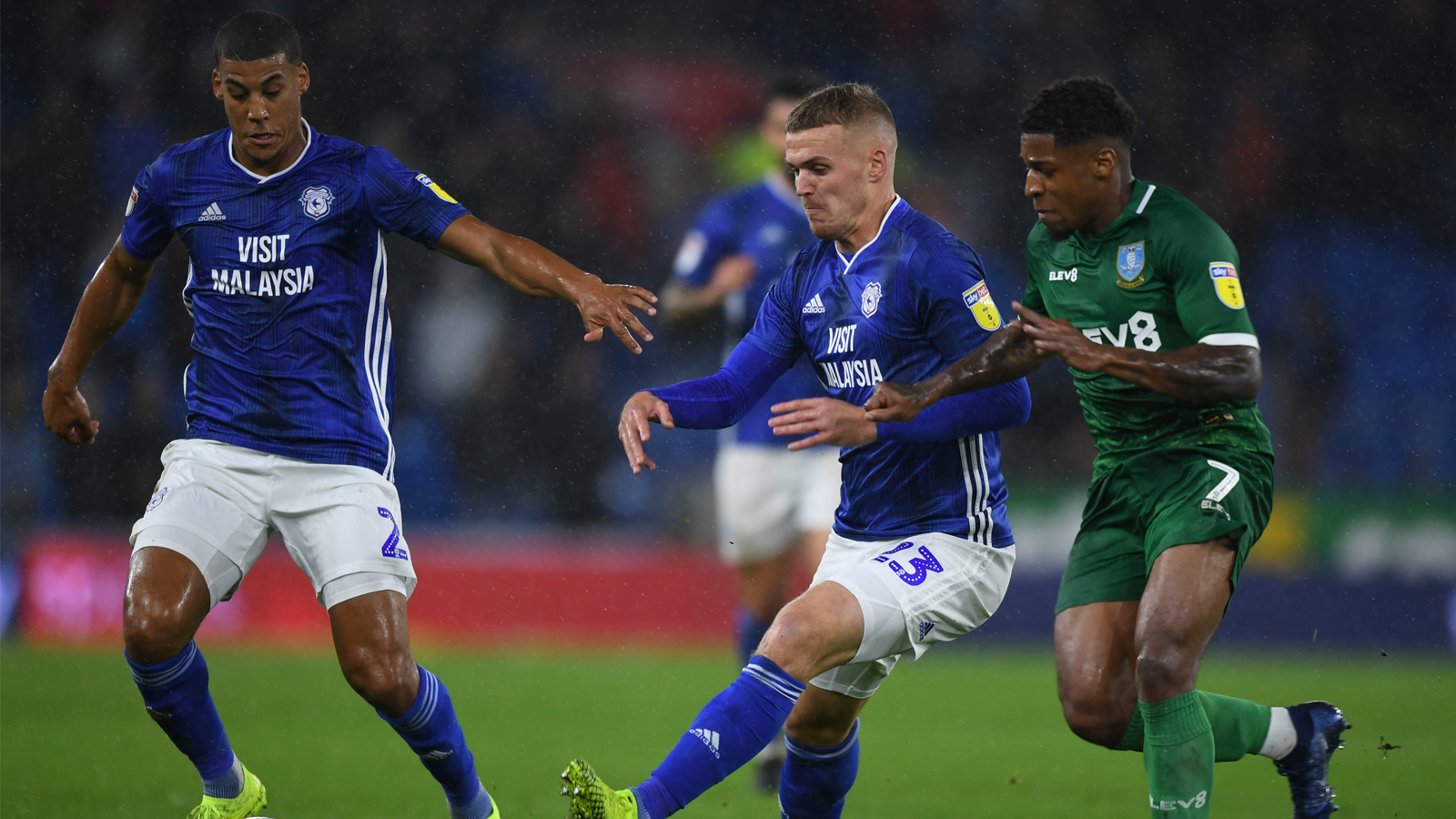 Neil Warnock made four changes to the side that started against West Bromwich Albion before the international break, including a start for Neil Etheridge, who made his first appearance for the Bluebirds since his injury in August.

The match began tentatively as both sides looked to establish a foothold on the match, with Steven Fletcher testing Neil Etheridge early on, the 'keeper aptly handling the threat under pressure.

Nathaniel Mendez Laing proved troublesome for the visitors in the opening stages as he darted down the right wing when in possession before whipping in a cross which was cleared by Wednesday’s defence.

Julian Börner put the visitors ahead in the 19th minute, getting a foot onto Kadeem Harris’ shot from the edge of the area to divert the ball past Etheridge.

City’s first chance for an equaliser came on the half hour mark, as Lee Peltier won possession for City on the edge of the visitors’ area. His backheeled pass fed Robert Glatzel, whose short pass towards a waiting Joe Ralls was cut out by a green shirt. 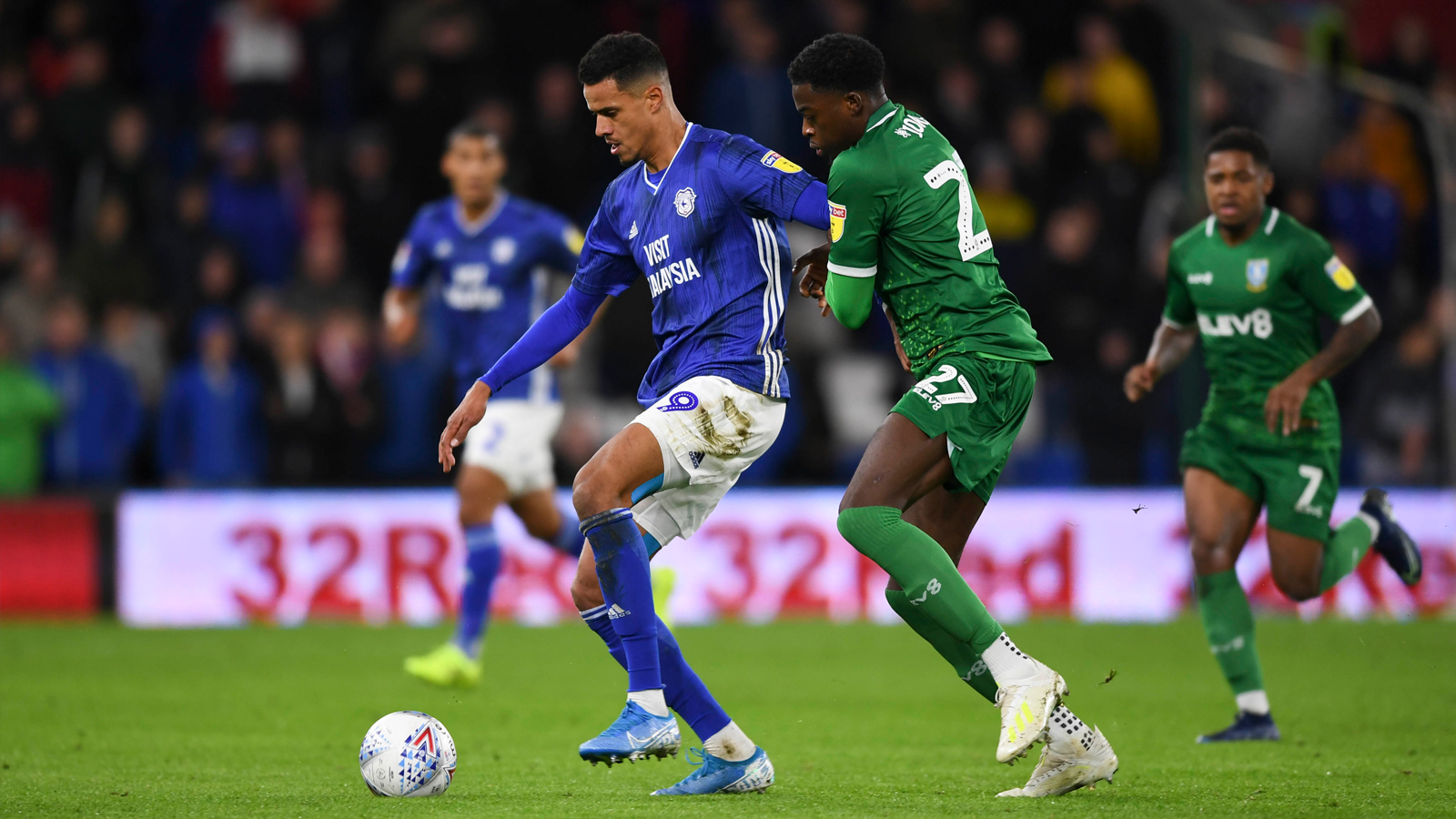 Amping up the pressure for the remainder of the first half, City pushed for an equaliser with several corner kicks being awarded to the Bluebirds.

Joe Ralls and Marlon Pack paired up well together in the middle of the park to control the flow of play and win possession wherever the ball was left loose by the Owls.

Both sides had chances as the half came to a close, beginning with Harris’ directly taken free-kick hit the crossbar with five minutes remaining. Robert Glatzel’s header flew high, before Steven Fletcher forced a fine save from Etheridge, who leaped to deny the visitors a second.

Sean Morrison made a terrific tackle on Harris in the opening minutes of the second half, sliding whilst inside his own area to dispossess the midfielder. 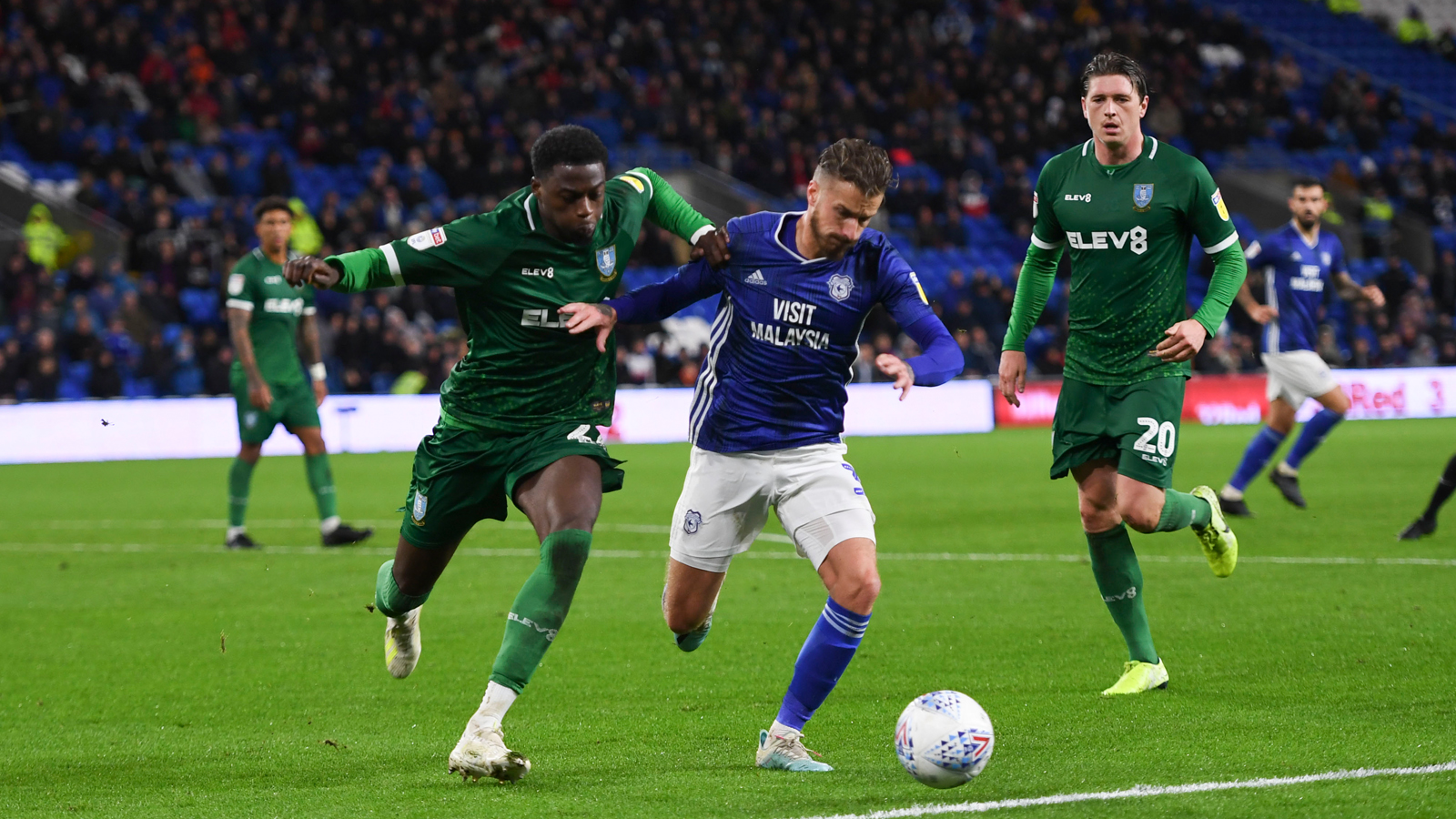 Aden Flint made a similar tackle two minutes later to deny Adam Reach, who had found himself on the end of a long ball deep in City’s half.

The hosts' search for a goal continued as both Morrison and Flint had headed efforts saved by Cameron Dawson near the hour mark.

Liam Palmer received a yellow card for dragging down Marlon Pack on the edge of the area minutes later, giving City a chance at goal. Substitute Danny Ward stepped up to take the free-kick, but his effort flew high after clearing Sheffield Wednesday’s wall.

Etheridge made another good stop with little over 20 minutes remaining, getting low to stop Barry Bannan’s powerful delivery.

Ward came close to equalising right away on the other end, though his shot stung the gloves of Dawson, who contained the threat well. 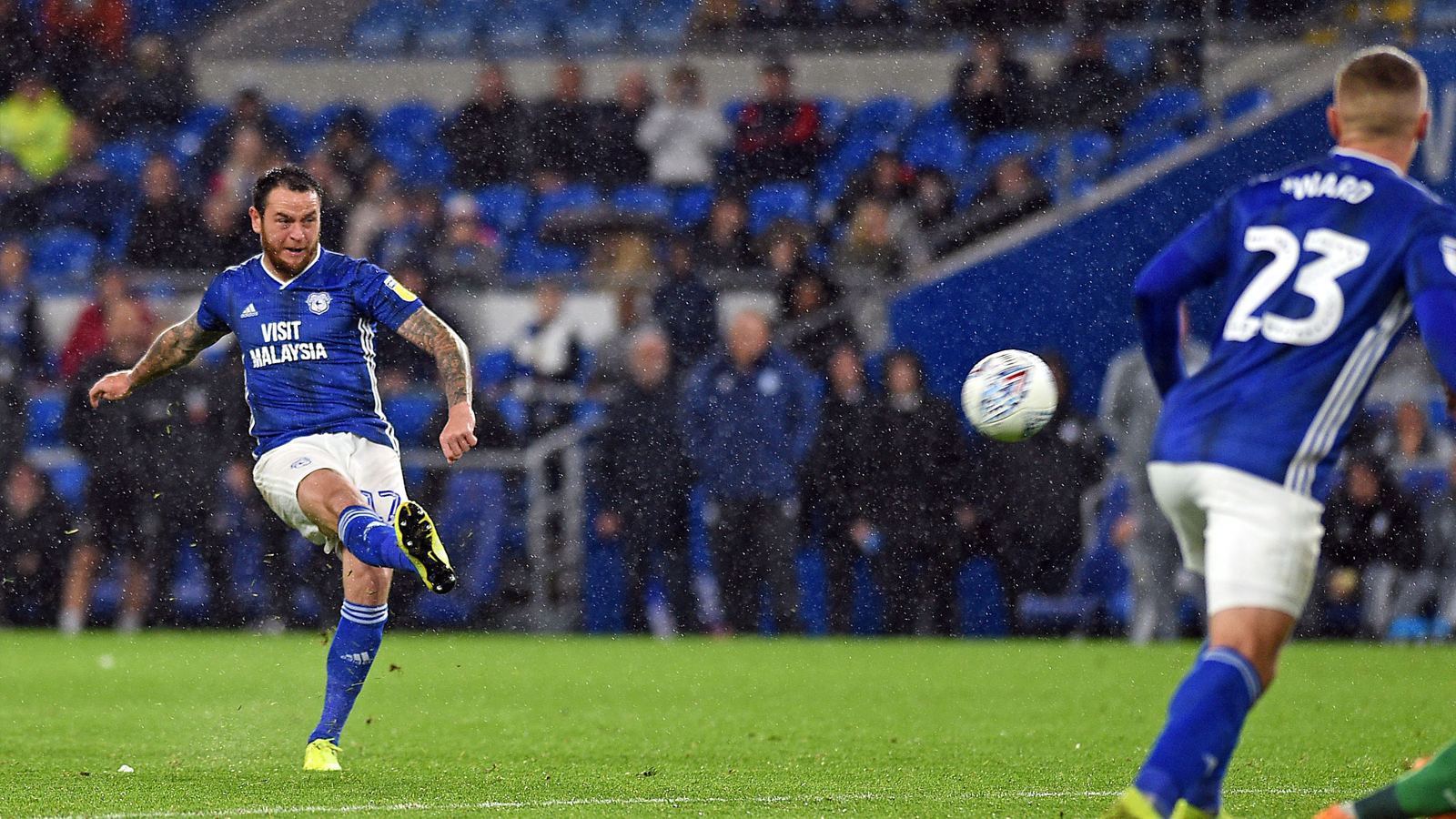 Lee Tomlin found the equaliser in the 86th minute of play with a fantastically taken free-kick. The substitute’s curled effort from 20 yards travelled through a gap in the wall and flew into the right of Dawson's net, catching the 'keeper off guard.

The Bluebirds then took control of the match for the remainder as they looked to bag a winner, with the home crowds urging them to carry on in their relentless attack. City's biggest chance came as Gavin Whyte stabbed an effort from just inside the area, forcing Dawson to make another diving save to keep the scores level.

Following a dramatic final 10 minutes at CCS, both sides came away with a point apiece, with the Bluebirds continuing their unbeaten run at home in the 2019/20 Sky Bet Championship season. Neil Warnock's men will now travel to The Den to face Millwall on Tuesday 22nd October.