Cardiff City were defeated 2-1 by Norwich City on Saturday afternoon.

After Grant Hanley and Todd Cantwell gave the Canaries a first-half lead, Joe Ralls' strike halved the deficit against the league leaders, who held out against the Bluebirds' ten men.

Neil Harris had made two changes from the FA Cup Third Round, with Alex Smithies and Junior Hoilett starting, while Kieffer Moore made a welcome return to the squad.

City had a chance to take the lead after just 20 seconds as Hoilett won the ball and found Robert Glatzel. He fed Harry Wilson in the Norwich area, but the Welsh international's touch deceived him, allowing Daniel Barden to gather.

It was the visitors who then took the lead inside three minutes. After Mario Vrančić flicked on a corner at the near post, Hanley was on hand to nod home.

Glatzel looked to respond for the Bluebirds, cutting in from the left but seeing his effort well held. 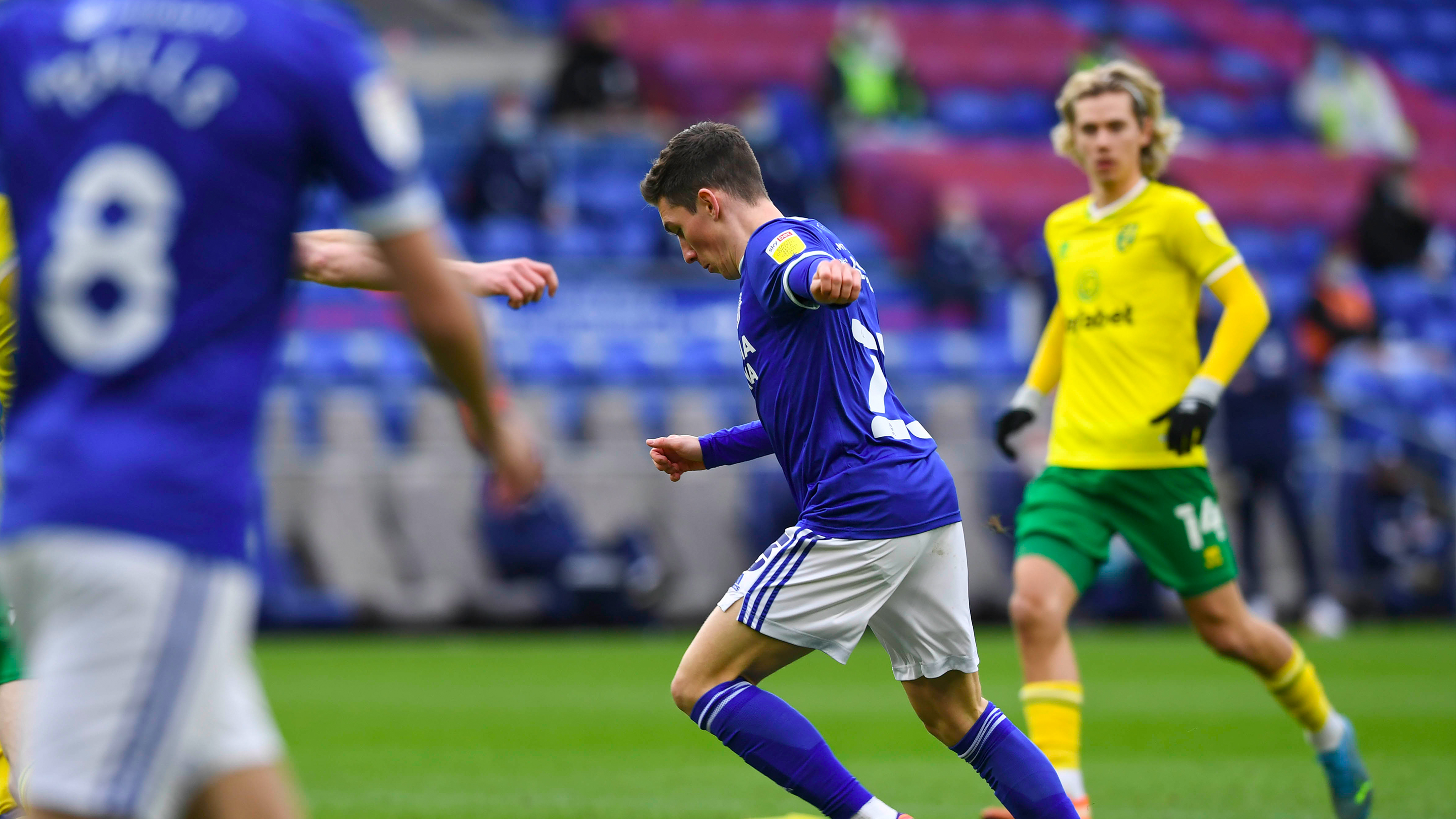 But at the other end, Todd Cantwell was looking lively, twice firing narrowly wide from outside the box.

City were unfortunate not to level when Will Vaulks sent Leandro Bacuna clear on the right. Barden reacted quickly to smother his low cross though, with Glatzel unmarked in the six-yard box.

The Canaries doubled their lead when Kenny McLean freed Jordan Hugill. His effort was saved one-on-one by Smithies, only for the ball to rebound for Cantwell to tap in.

While Joe Bennett came close to converting from a dangerous Wilson cross, McClean then headed into the side-netting at the opposite end ahead of the interval.

Will Vaulks tested out Burden with a well-struck volley at the start of the second half.

But with the Norwich defence holding firm, the Bluebirds looked to Sheyi Ojo and the returning Kieffer Moore on the hour mark.

The changes seemed to make an instant impact, with City scoring with their best move of the match just minutes later. 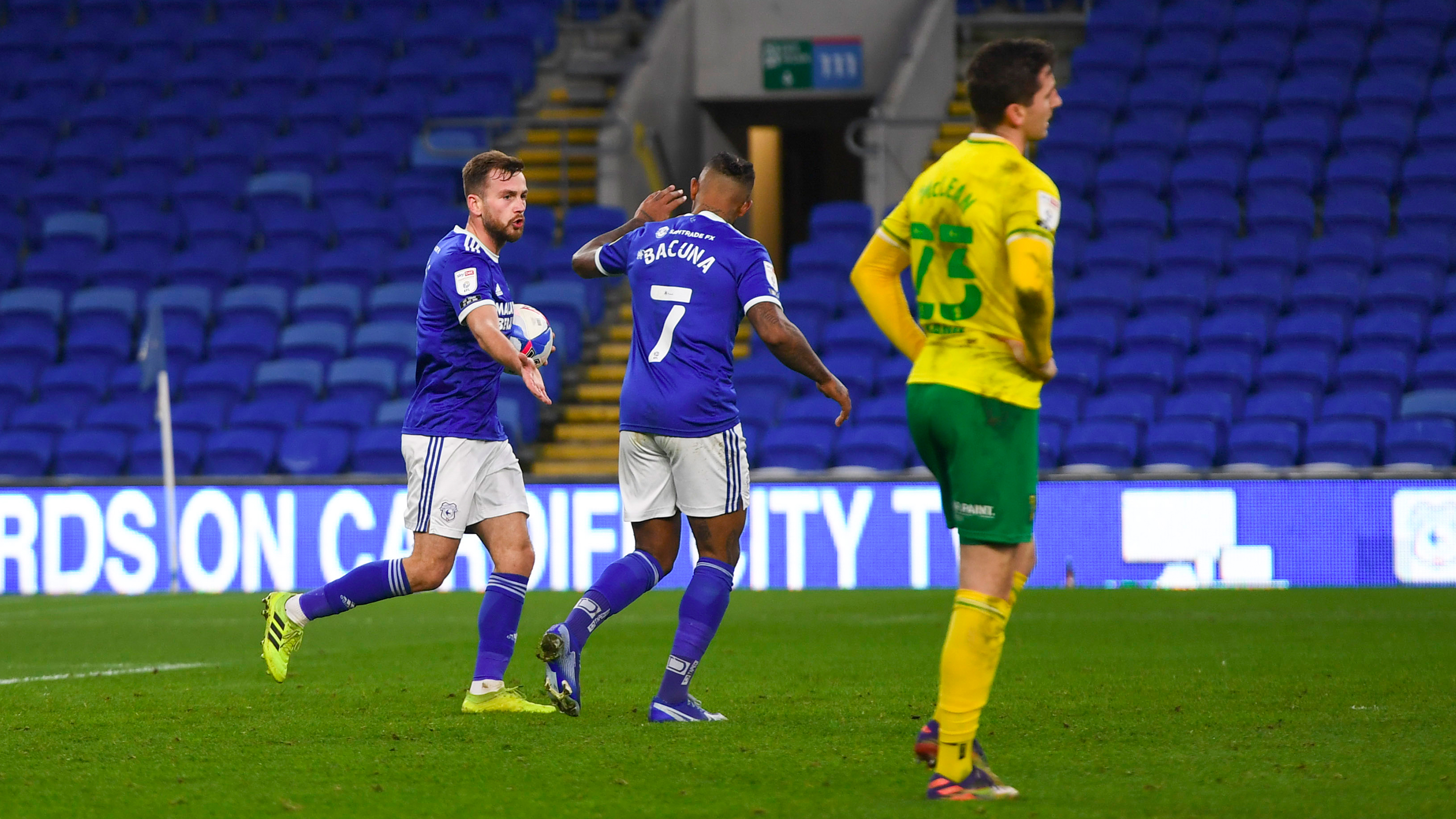 Will Vaulks and Bacuna combined before Joe Ralls drilled into the bottom corner to half the deficit.

Their hopes of a comeback were dealt a blow when Marlon Pack was shown a second yellow card for a mistimed tackle.

While the Bluebirds pushed late on for a leveller, Smithies also made smart saves from Cantwell and Przemysław Placheta, before the full-time whistle.