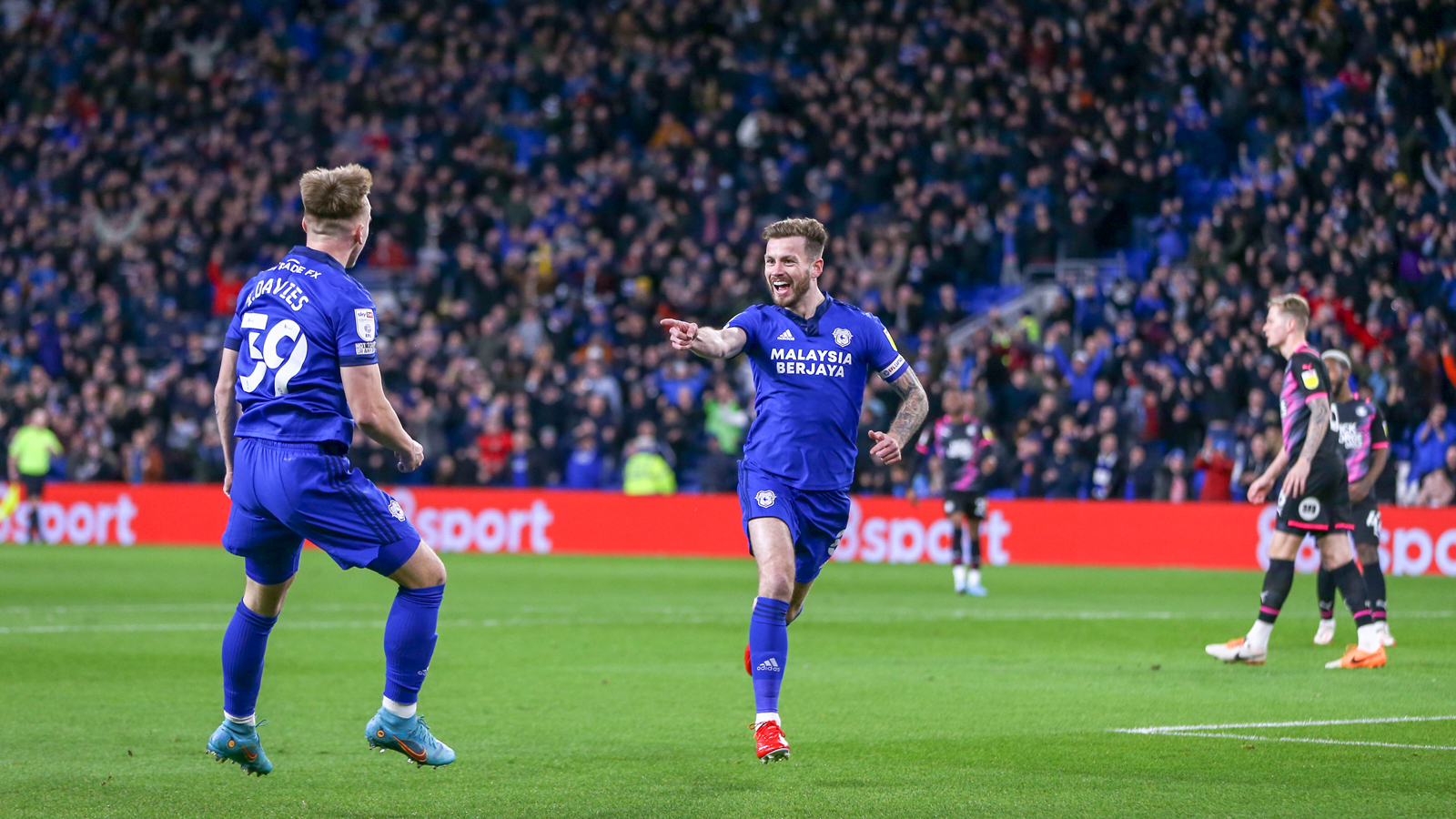 Cardiff City made it three consecutive league victories with a dominant win over Peterborough United at Cardiff City Stadium on Wednesday night.

In an impressive performance from the Bluebirds, first-half strikes from Joe Ralls and Aden Flint put City in the ascendancy, before strikers Jordan Hugill and Uche Ikpeazu netted in the second period to secure all three points.

Boss Steve Morison made seven changes to the side that were defeated by Liverpool in the FA Cup last time out, with Alex Smithies, Ryan Wintle, Cody Drameh, Tommy Doyle, Isaak Davies, Ralls and Hugill coming into the starting XI.

City started on the front foot and almost went ahead through loanee Doyle, who struck a brilliant effort from the edge of the box, only to hit the woodwork. The Bluebirds weren’t to be denied however, taking the lead in the fourth minute, with Davies’ fantastic work down the right allowing him to cross low for Ralls, who finished clinically into the bottom corner.

Morison’s men immediately looked for a second goal, as Davies pounced on a mistake in the Peterborough backline and squared into the area, but couldn’t quite find an on-rushing teammate. City went close once more through Doyle’s dangerous free-kick, which striker Hugill guided towards goal, only to be denied by the post. As the Bluebirds worked the ball back into the box, Flint found Davies in-space, whose shot on-the-turn flew narrowly wide.

Midfielder Doyle’s deliveries were a huge danger to the visitors, as he found Hugill free in the box from a corner, who headed just over from close-range. City were rewarded for their persistence in attack, doubling the lead in the 38th minute, with Ralls’ corner punched out to Flint, who drove a powerful effort past Steven Benda to send the Bluebirds into the break with a 2-0 lead.

The visitors had an opportunity to halve the deficit early in the second period, as Ollie Norburn had a free-kick on the edge of the box, but the City wall stepped up to the task to clear the danger. City responded with a chance of their own, with Mark McGuinness rising highest in the box to force Bali Mumba to clear off the line, only for the the Bluebirds’ defender to be penalised for a foul.

Right-back Drameh continued his fantastic display as he played a key part in City adding a third goal in the 58th minute. The loanee drove forward and delivered brilliantly into the box for Hugill to net from close range. Fellow January recruit Doyle was also influential, as his fine run led to him striking just wide from the edge of the area.

The Bluebirds continued to create chances, as Drameh led a counter-attack and crossed low towards Hugill, who couldn’t quite divert his effort into the net. The striker was again involved in a City attack, as he was found in the box by substitute Will Vaulks, only to be crowded out when looking to fire at goal. In a rare opportunity for the visitors, substitute Jonson Clarke-Harris went close with a curling effort from a free-kick, which flew narrowly wide.

Striker Davies caused problems for the Posh with his directness, driving forward and striking just past the post with a fantastic effort. Morison looked to his bench for reinforcements and they paid off, as Rubin Colwill found space on the right to deliver for Ikpeazu to net from close-range, adding a fourth for City in the 85th minute.

After a fantastic performance, the Bluebirds recorded an important three points. City return to action on Saturday, 12th February, with a trip to face Millwall, 3pm KO.