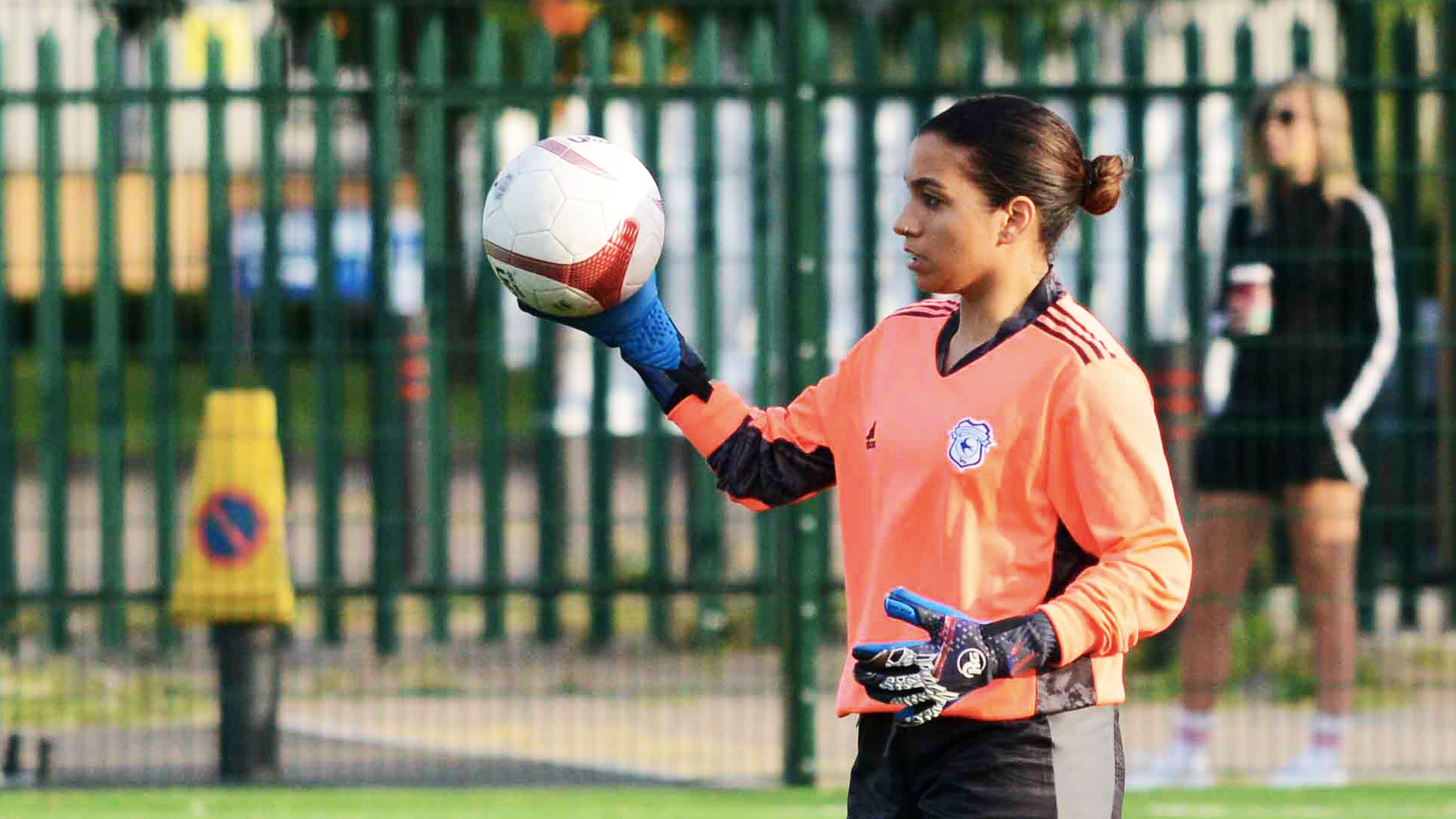 Cardiff City FC Women earned a 9–1 win over Caldicot Town Ladies at Leckwith Stadium on Sunday afternoon to book their place in Round Two of the FAW Welsh Women’s Cup.

Boss Iain Darbyshire made six changes to the side that fell to defeat to Swansea City Ladies last week, with Walsh, Zara Mujica, Amy Williams and Zoe Atkins coming into the starting XI.

There were also first competitive starts for Collie and Billingham, with two U19’s players earning an opportunity to integrate into the first-team.

City started on the front foot and took the lead in the sixth minute, as summer recruit Saunders beat the offside trap and fired home to give the Bluebirds an early lead. Opportunities continued to be created, as City doubled the lead in the 17th minute, with Collie’s strike hitting the bar, falling kindly for Green to fire home.

The Bluebirds’ intricate build-up resulted in a third goal in the 25th minute. Saunders turned provider as she found space on the right to cross perfectly for Green to head in for her second goal. On the half-hour mark, captain Walsh produced a moment of quality on her return to the starting XI, lifting the ball over Alisha Young in the Caldicot Town goal to net the fourth.

Another contender for City’s goal of the day came from Green, as she added a fifth in the 35th minute, cutting inside to curl into the top corner from distance to secure a first-half hat-trick and give the Bluebirds a 5-0 lead at the break.

36 - @daniellegreen__ completes her hat-trick with the pick of the bunch so far this afternoon!

It's a terrific shot from 20 yards out that flies in at the top right corner! (5-0)#CityAsOne pic.twitter.com/GSxnDjjviz

Darbyshire’s side started the second-half brightly and added a sixth goal in the 50th minute, as Walsh’s dangerous free-kick delivery was headed home by Price for her second goal for the club since joining at the start of last season. The Bluebirds were awarded a penalty in the 55th minute, with right-back Owen stepping up confidently to net City’s seventh.

16-year-old Billingham marked her first start with a fine goal, finding the top corner from distance in the 58th minute. Caldicot Town pulled a goal back in the 73rd minute, with Lucy McDonough’s effort going over the line despite a great initial save from Mujica.

Collie also capped her first start with a goal, as she was found in space in the box by substitute Michaela Major to net City’s ninth and mark a great performance with a win.

City return to league action on Thursday evening as they travel to Jenner Park to face Barry Town United Ladies.

The #Bluebirds advance to Round Two of the #FAWWomensCup following a dominant home display against @CaldicotLadyFC!#CityAsOne pic.twitter.com/ok3UyLeipF

“It was a good performance all-round," he began. "It was good to see so many new faces play for the club. We were dominant throughout and could have had more.

“Credit to Caldicot, they kept fighting and dug deep. I thought they played well.

“The rain was a bit temperamental. We had to deal with it, but I thought we played some really good football at times. We dealt with the conditions well.”

Commenting on the first league starts of Collie and Billingham, Darbyshire said: “We’ve got a lot of young players coming through who are chomping at the bit and pushing our first-team players.

“I thought they were both very good throughout. Eliza is scoring a lot of goals at U19’s level and we’ve been without Lily for the last few weeks due to concussion, so for her to come back and play like that is fantastic.”