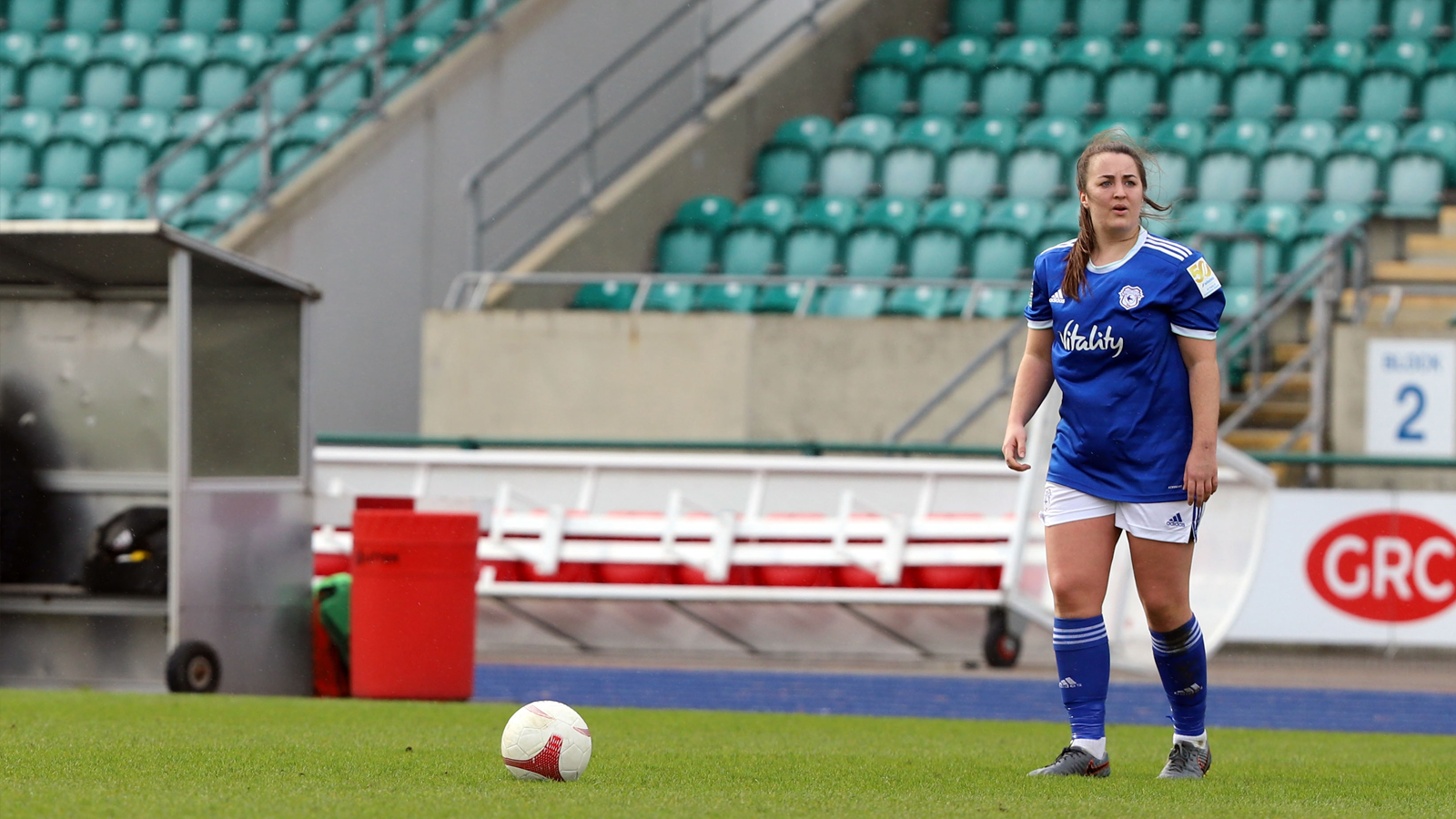 Six changes were made to the starting lineup that featured in Thursday evening's 2-2 draw against Cardiff Met, with Brooke Evans making her debut for the Bluebirds.

Following kick-off, it was City who took charge and applied the pressure on the hosts from the off. Danielle Green's runs in behind Cascade's back line were particularly effective throughout the encounter, allowing the forward to create plenty of early chances.

On the other end, Ceryn Chamberlain commanded City's area well, and rushed out to claim any loose ball whenever the hosts looked to advance towards her goal.

Phoebie Poole broke the deadlock in the 17th minute following a great piece of build-up play from the Bluebirds.

Receiving a pass with plenty of space inside the area, Poole had time to place her shot well, leaving the goalkeeper with little chance of saving as the ball flew in at the top left corner.

Now in the lead, City pressed harder to double their well-earned lead. Catherine Walsh's shot from inside the area was tipped away for a corner-kick, and minutes later both Jasmine Simpson's shot from close range and Walsh's rebounded effort were somehow blocked by the hosts.

On the other end, Cascade's advances up the pitch were quickly thwarted by the Bluebirds' back line, with Ffion Price and Cerys Pinchard operating effectively together to deny wide runners before then winning the ball and initiating a quick counter-press.

Following the interval, play continued in a fashion much the same as in the first half. Walsh once again spearheaded many of City's attacking movements, and was soon to add her name onto the scoresheet alongside Poole.

Awarded a penalty-kick just past the hour mark, the forward stepped up to take her shot from the spot. Sending the 'keeper the wrong way, a powerful shot sent the ball rocketing into the back of the net, doubling City's lead.

Keeping up the momentum established by the second goal, the Bluebirds wanted more than to just see out the remaining 25 minutes, however.

Green was once again testing the 'keeper throughout the time remaining, either shooting for herself or darting into the area before finding the likes of Simpson, who had several shots saved or blocked.

One final chance for the hosts to reduce the deficit came in the dying minutes, but Chamberlain was again equal to the challenge. The 'keeper claimed the second ball from a low cross well, before clearing to see out the match with a clean sheet.

With three more points earned on the road, the youthful Cardiff City side left Ystrad Mynach having displayed great composure against Cascade, and are now unbeaten in three WPWL fixtures before they face Cyncoed Ladies next week.