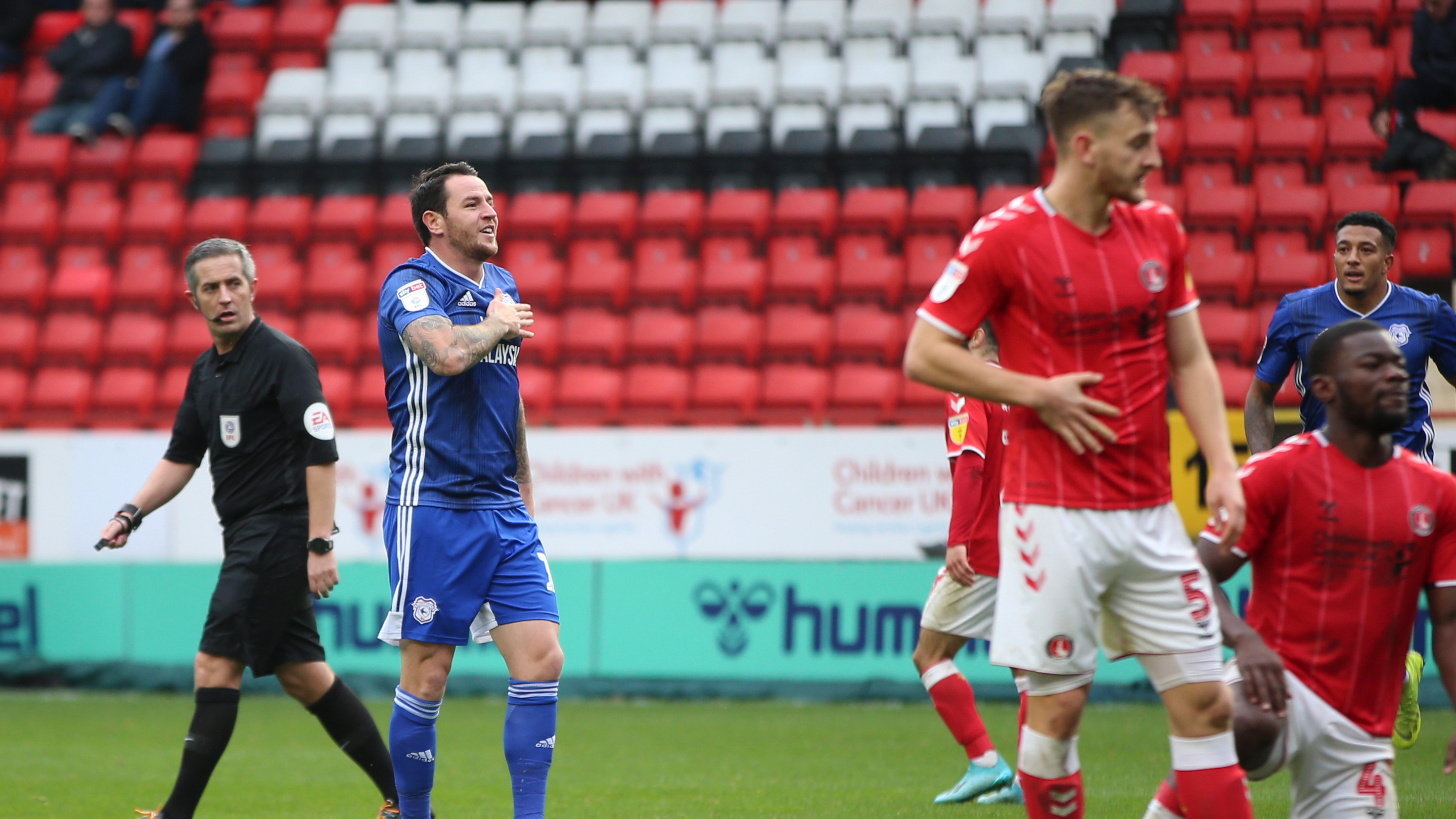 Cardiff City fought back from two-goals behind to draw 2-2 with Charlton Athletic in Neil Harris' first game in charge of the Bluebirds. 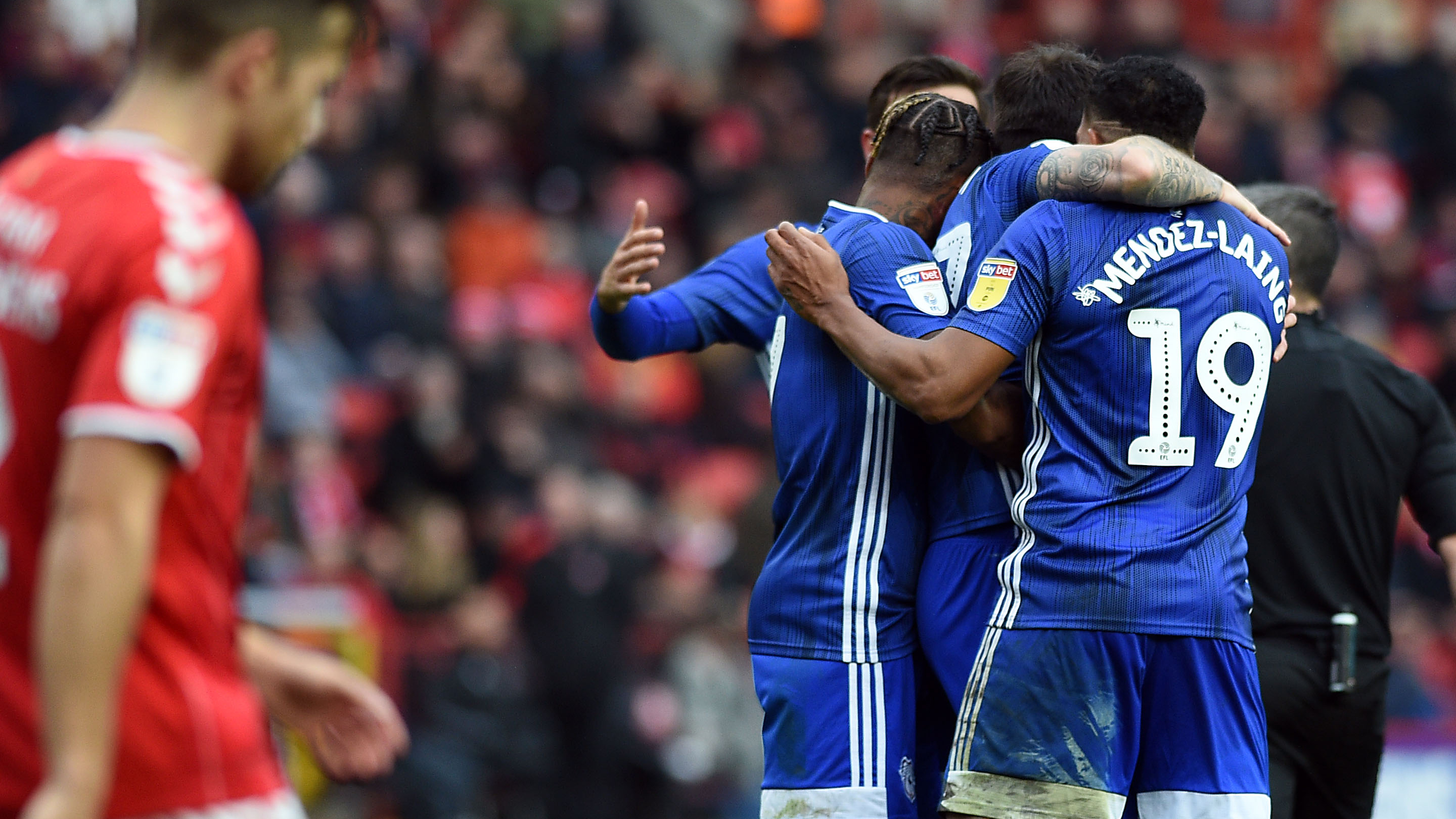 New City manager Harris made two changes to the side that played against Bristol City before the international break, with Callum Paterson and Gary Madine coming in to the starting XI.

It was the Bluebirds who had the first real chance of the match after 11 minutes. Nathaniel Mendez-Laing beat three Charlton defenders down the right side, and cut the ball back for Paterson inside the 18 yard box, who could only find the side netting at close range.

City were punished almost immediately as the Addicks took the lead at the Valley just two minutes later. Macauley Bonne’s pace caused the away defence trouble on the right side. He crossed for Jonathan Leko, who miss-kicked his effort. Unfortunately for the Bluebirds the ball fell straight into the path of Chelsea’s Conor Gallagher, enjoying a fruitful loan spell at the Valley, and he slotted home at close range.

Harris’ side will have felt disappointed not to be given the opportunity to level the match from the penalty spot with 22 minutes on the clock. Gary Madine crossed into the area for what appeared to be a routine tap in for Scottish international Paterson, but the City man had his heels taken by former Bluebird Deji Oshilaja inside the box as he went to shoot. Despite the contact, referee Darren Bond immediately waved away Paterson’s protests for a spot kick.

Former Bolton forward Madine led the line admirably for the Bluebirds, and had a number of chances of his own just after the half hour mark. His first header drifted wide after 33 minutes. The second, from Lee Peltier’s cross two minutes after, was saved by Dillon Phillips. The final effort came from the edge of the box after 38 minutes, but the Charlton defence stood strong, blocking two quick efforts.

Charlton’s opening goal of the game came against the run of play, as did their second, after 42 minutes. City’s attack was quickly countered, with Erhun Oztumer playing the ball through from the left side for West Bromwich Albion loanee Leko to meet, compose himself, and fire beyond Neil Etheridge to double the hosts advantage.

The Bluebirds came out in the second half and had an early chance to score from the spot, with the referee this time calling play back after Paterson was held. Junior Hoilett stepped forward to take the kick, but his tame effort was held by Charlton goalkeeper Phillips, low to his right. This setback didn’t deter the away side though, and they reduced the deficit after 52 minutes.

Lee Bowyer’s side had failed to clear their lines, and under pressure, lost the ball in the penalty box. City’s No.19 Mendez-Laing reacted quickest, scooping the ball towards goal and into the back of the net from close range. 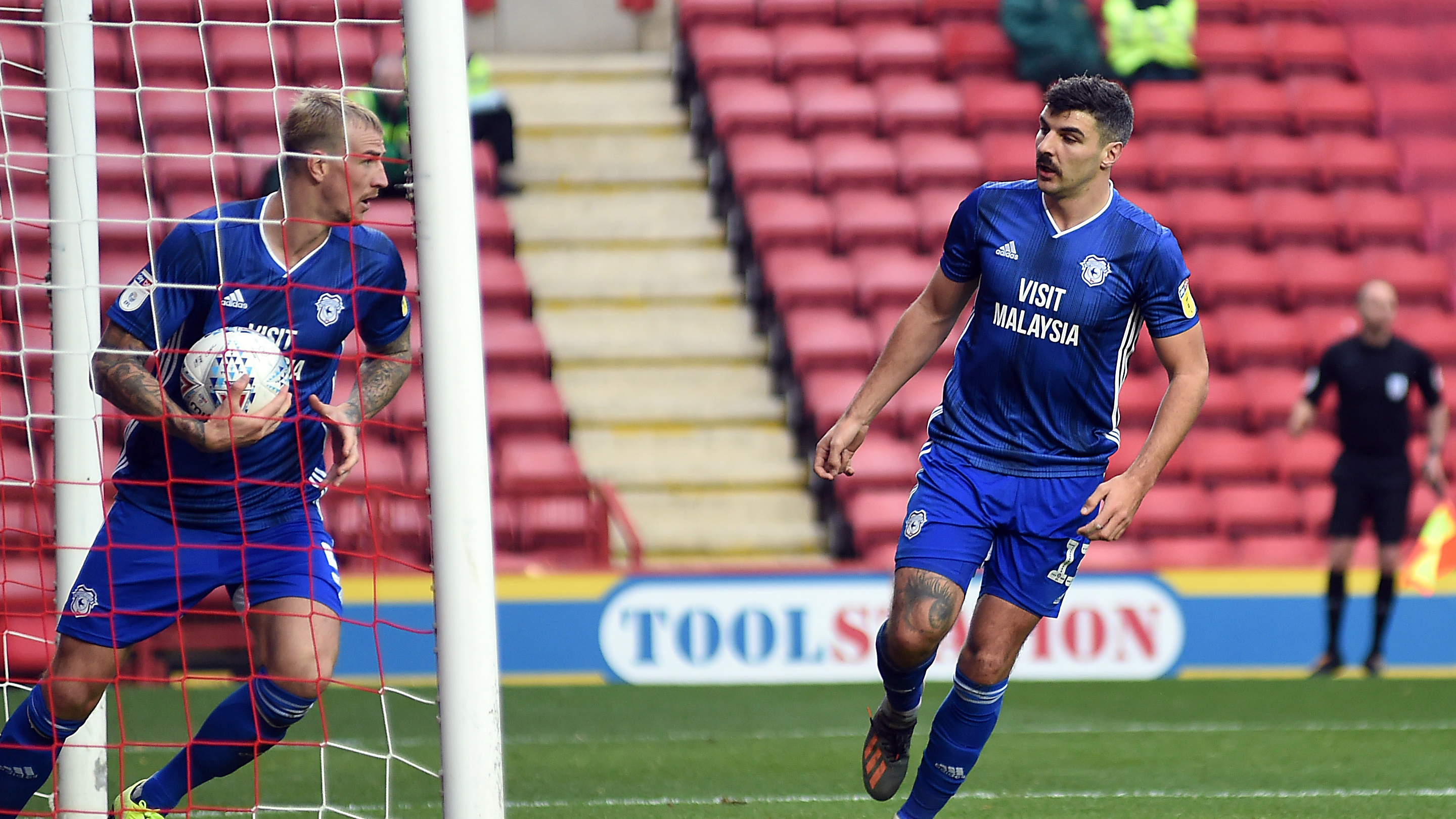 An important game changing moment for the Bluebirds came after 67 minutes, with Neil Harris choosing to make two attacking alterations - Hoilett & Madine withdrawn in place of Omar Bogle & Lee Tomlin, and it was City’s tricky playmaker that again made a difference with 17 minutes left.

Joe Bennett found space down the left side, and was picked out by Mendez-Laing. The left-back gave the impression he was going to cross from the bye-line but instead deftly laid the ball back to Tomlin just inside the box. Our No.17 took one touch to set himself before showing great composure in passing the ball into the bottom left corner of the net to level the tie. 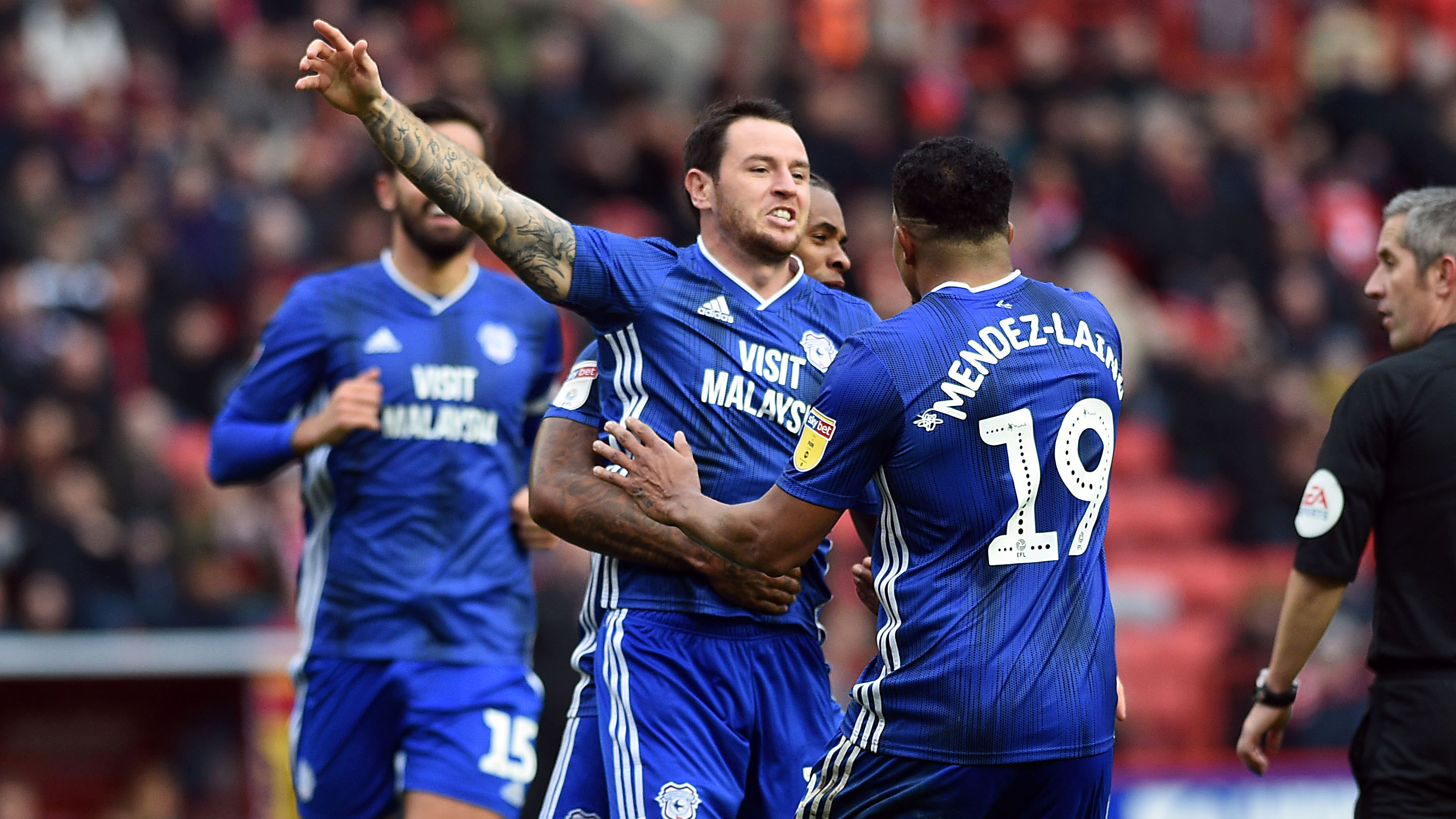 Both sides wanted the three points - and it showed. Oztumer’s powerful strike on 87 minutes drifted just over the bar while Harris’ men went close through Aden Flint and Bogle as the game neared its end.

Seven minutes of additional time was signalled for - with a Peltier block the main talking point. Both sides forced to settle for a point from an entertaining match.