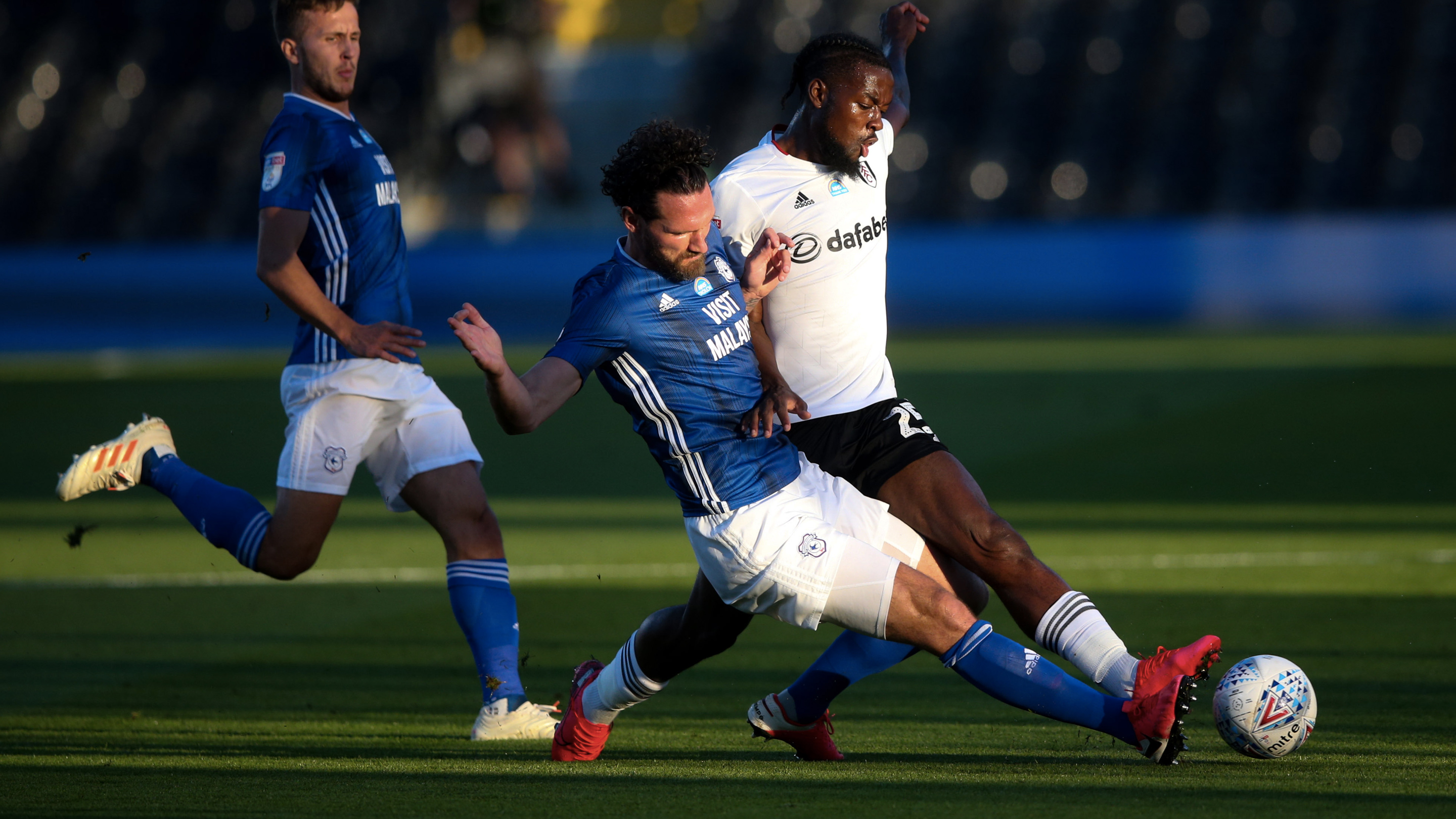 Cardiff City exited the Championship Play-Offs at the semi-final stage with Fulham progressing 3-2 on aggregate.

Curtis Nelson gave the Bluebirds hope of fighting back from the two-goal first leg deficit with an early header, but Neeskens Kebano levelled on the night within a minute.

Lee Tomlin's introduction at half-time breathed life into City - and he reduced the Whites' lead to just one within two minutes of coming on. The second half was end-to-end, but the Bluebirds were unable to find a third goal despite their determined efforts.

Neil Harris made three changes from the first leg with Will Vaulks, Josh Murphy and Danny Ward replacing Lee Tomlin, Nathaniel Mendez-Laing and Robert Glatzel, who took up spots on the subs bench.

The Bluebirds needed at least two goals in this second leg to have a chance at progressing and got off to a great start, taking the lead after eight minutes. Defender Curtis Nelson met Joe Ralls’ corner kick, heading beyond Marek Rodák in the Fulham goal to give his side the advantage on the night.

The home side immediately responded - with a quick equaliser. Bobby Decordova-Reid’s cross was hit by Neeskens Kebano to net for Scott Parker’s side.

Fulham controlled possession in the first half but were unable to break down the Bluebirds again. Sean Morrison’s impressive interception after 30 minutes stopped Decordova-Reid while Anthony Knockaert saw two different attempts saved before the interval.

Harris made two attacking changes at the break - knowing his side needed goals. Nathaniel Mendez-Laing and Lee Tomlin came on for Marlon Pack and Junior Hoilett. Aboubakar Kamara also came into action, taking over from goal-scorer Kebano.

The two half time subs combined for the Bluebirds to net within two minutes of the restart. Mendez-Laing’s header from Vaulks’ long throw (and Nelson’s flick on) was initially saved by Rodák, but Tomlin reacting superbly to swivel and volley home to give his side hope of a fightback.

City still needed another to level the tie and went at their hosts. Cyrus Christie slipped in defence for Fulham, but Murphy couldn’t capitalise with his header after 53 minutes. Ward was inches away from connecting with a delightful cross from Leandro Bacuna three minutes later.

Parker’s half-time sub Kamara looked to make an impact and he saw two powerful efforts denied by Alex Smithies on 67 & 68 minutes. The City ‘keeper first tipped wide before somehow getting fingertips on a strike that looked destined for the goal, pushing it onto the goalpost and out.

The end-to-end second half continued with Fulham’s man between the sticks called into action after 72 minutes. Robert Glatzel, Mendez-Laing and Nelson all saw efforts blocked at close range before Vaulks’ volley was just pushed to safety by Rodák.

City gave their all to find a way back into the tie - but were made to do without playmaker Tomlin for the final minutes of the match. City’s No.17 stretched to reach Joe Bennett’s pass, but immediately pulled up holding his hamstring. Gavin Whyte replacing him for the seven minutes left, and five minutes added on.

A final chance to level came the way of Neil Harris’ side in the final minute of added time. Callum Paterson flicking on for Glatzel to volley from 20-yards, but his strike flew just over the crossbar. City winning on the night at Craven Cottage but exiting the play-offs on aggregate.