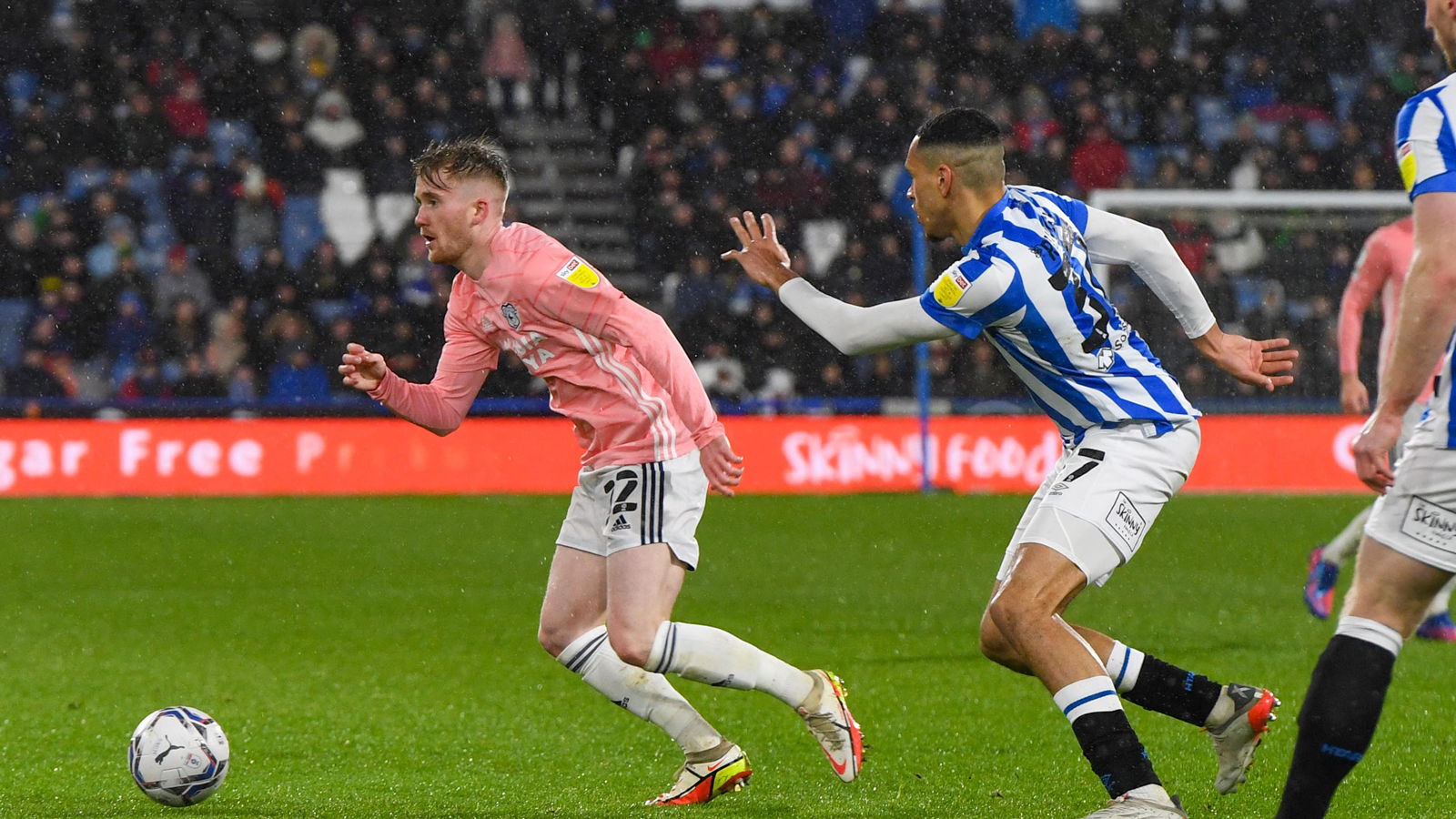 Cardiff City narrowly lost 2-1 to Huddersfield Town on a night of wind and rain at the John Smith’s Stadium.

Steve Morison named an unchanged starting eleven from our 1-1 draw with Blackpool last time out.

The Bluebirds looked to start brightly, and their first effort on target came after two minutes. Isaak Davies ambitiously shot from the right wing and Lee Nicholls was on hand to save at his near post.

City were dangerous in attack, and went close again ten minutes later. Will Vaulks’ cross from just outside the area was met by Mark McGuinness, who powerfully headed on target, but Nicholls safely stopped his effort.

The hosts dominated possession for most of the first half, but it was the Bluebirds who again neared the opener after 36 minutes. Cody Drameh robbed Danel Sinani and sped forward, but had his strike blocked by Tom Lees. Tommy Doyle was on hand to shoot on the rebound, though goalkeeper Nicholls kept it out.

As half-time approached, Jordan Hugill had two opportunities in swift succession. The striker firstly saw his strong header denied by Nicholls, then, the 29-year-old struck from just outside the box, and Huddersfield’s stopper parried.

After the interval, play tightened as both sides hunted the lead, but City were able to find it a minute past the hour mark. Ryan Wintle fed the threatening Hugill, who flicked on to midfielder Doyle. The loanee showed composure to produce a delicate finish and open the scoring in front of the 1,000 travelling City supporters.

The Terriers responded well, and had a number of dangerous crosses turned away by the City defence. At the other end, a low cross from Joe Ralls found Uche Ikpeazu, though Nicholls was able to bloke the striker's close-range effort.

Town levelled the scoring shortly afterwards, with Jordan Rhodes knocking the ball down for Josh Koroma to fire into the net. After a lengthy amount of stoppage time, Jon Russell then netted the winner to complete a home comeback and cruelly deny the Bluebirds anything from the game.