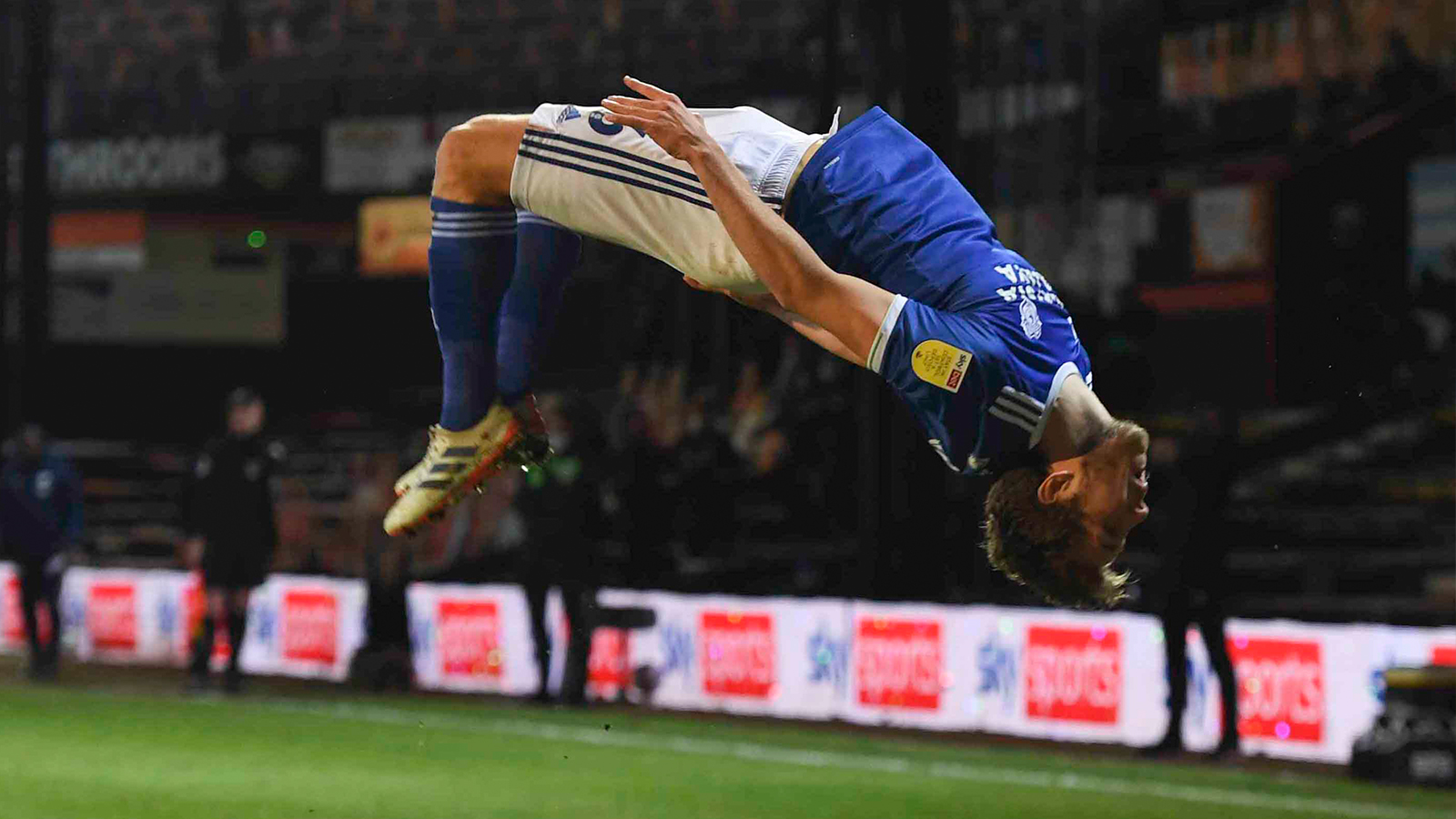 Two superbly taken goals in five second-half minutes secured a fourth win on the spin for the Bluebirds.

Harry Wilson and Will Vaulks both struck from outside the area to see off the Hatters at Kenilworth Road. 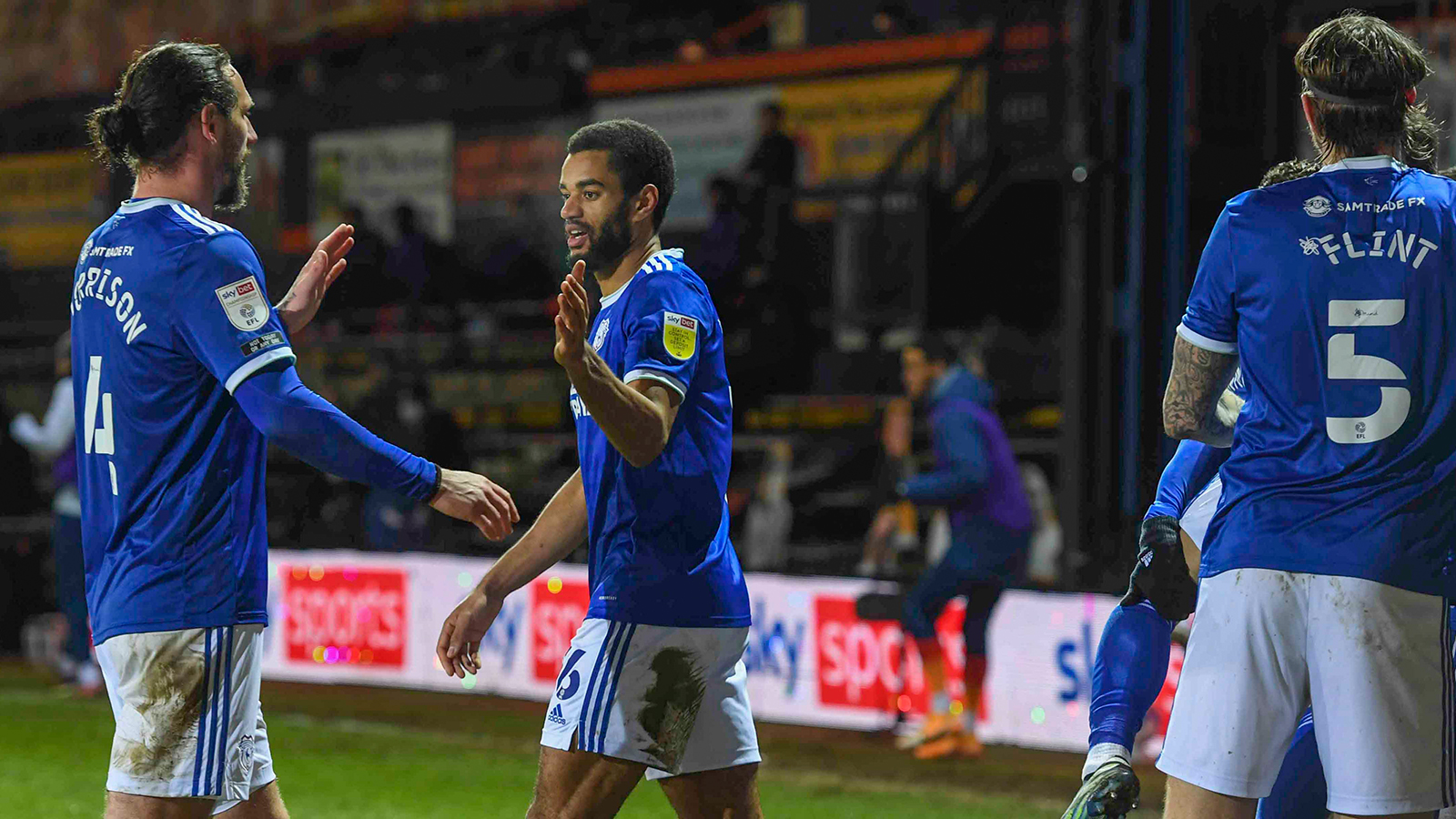 Mick McCarthy named an unchanged starting line-up from the side that defeated Coventry City on Saturday, with Alex Smithies making a welcome return to the bench.

Josh Murphy had set up Kieffer Moore's opener on the weekend and the two combined again early on. After Marlon Pack's superb pass, Murphy's cross was cleared just ahead of City's no. 10.

The Bluebirds continued to boss the opening exchanges and would have taken the lead through Vaulks' curling effort had Simon Sluga not made a fine save low to his left.

However, City were let off the hook at the other end when James Collins headed Tom Lockyer's cross off target from point-blank range.

The Hatters grew into the game and put some more pressure on the Bluebirds back line, with Dillon Phillips doing well to tip Kiernan Dewsbury-Hall's free-kick over.

But City had two good appeals for a spot-kick turned down when both Sean Morrison and Josh Murphy were dragged to the ground in the area before the break.

Within ten minutes of the restart, the Bluebirds broke the deadlock in some style.

Aden Flint's knock-down found Wilson in some space outside the area, and the Welsh international took a touch to set himself before curling a sublime strike into the bottom corner. 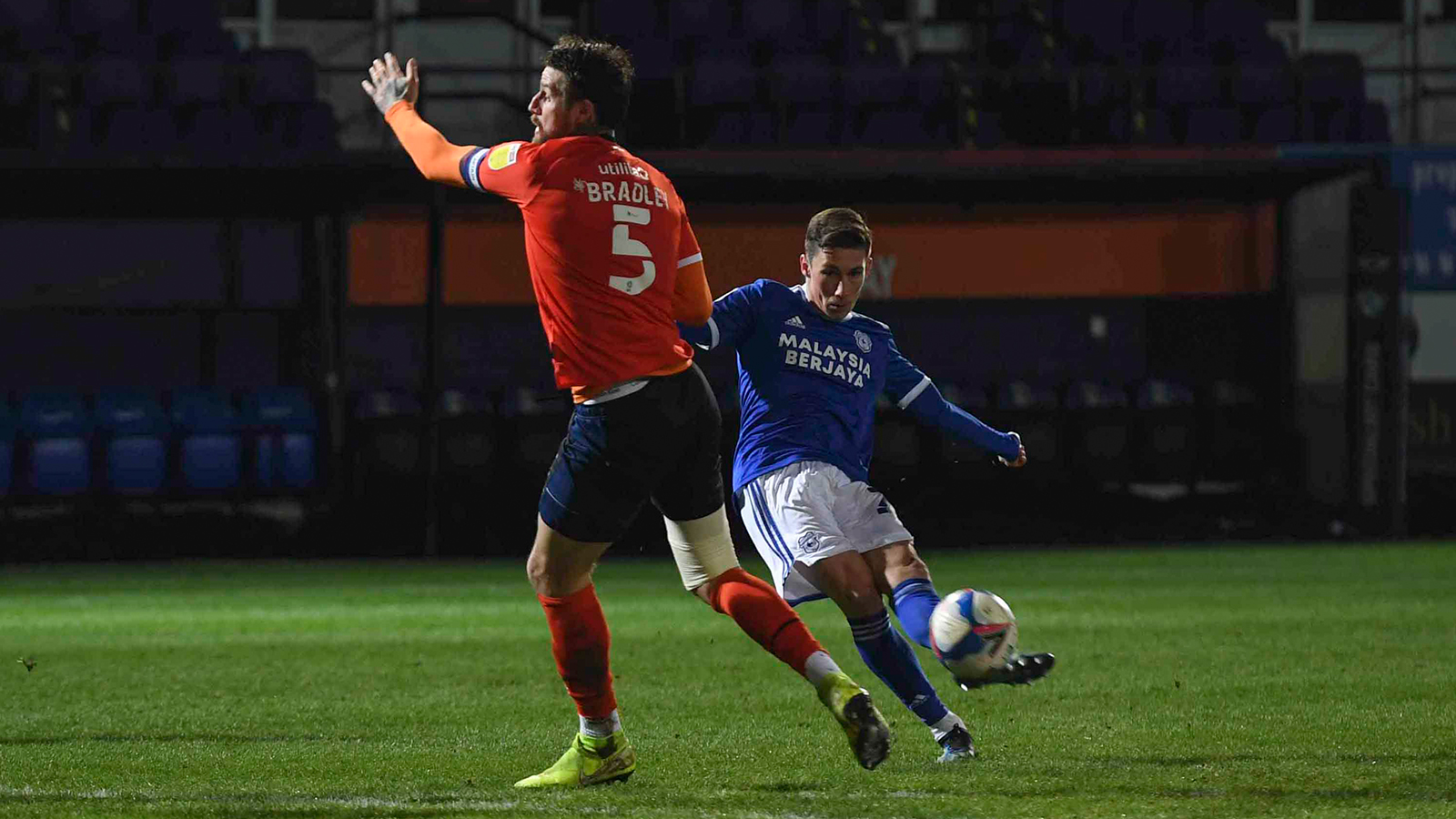 With an eye for goal, Wilson showed his technique again almost immediately to sting the palm of Sluga from range.

And just four minutes later, they doubled their lead. Vaulks was first to read a poor clearance from the hosts and lash home on the half-volley – a deflection helping the powerful strike on its way past the 'keeper.

With fifteen minutes remaining, Max Watters came on for his second City appearance, along with Joel Bagan and Leandro Bacuna.

Bagan almost teed up fellow full-back Perry Ng for a third late on, while Curtis Nelson continue his fine defensive form at the other end with another crucial block.

Victory at Kenilworth Road secured a fourth consecutive victory and six unbeaten in total under McCarthy.