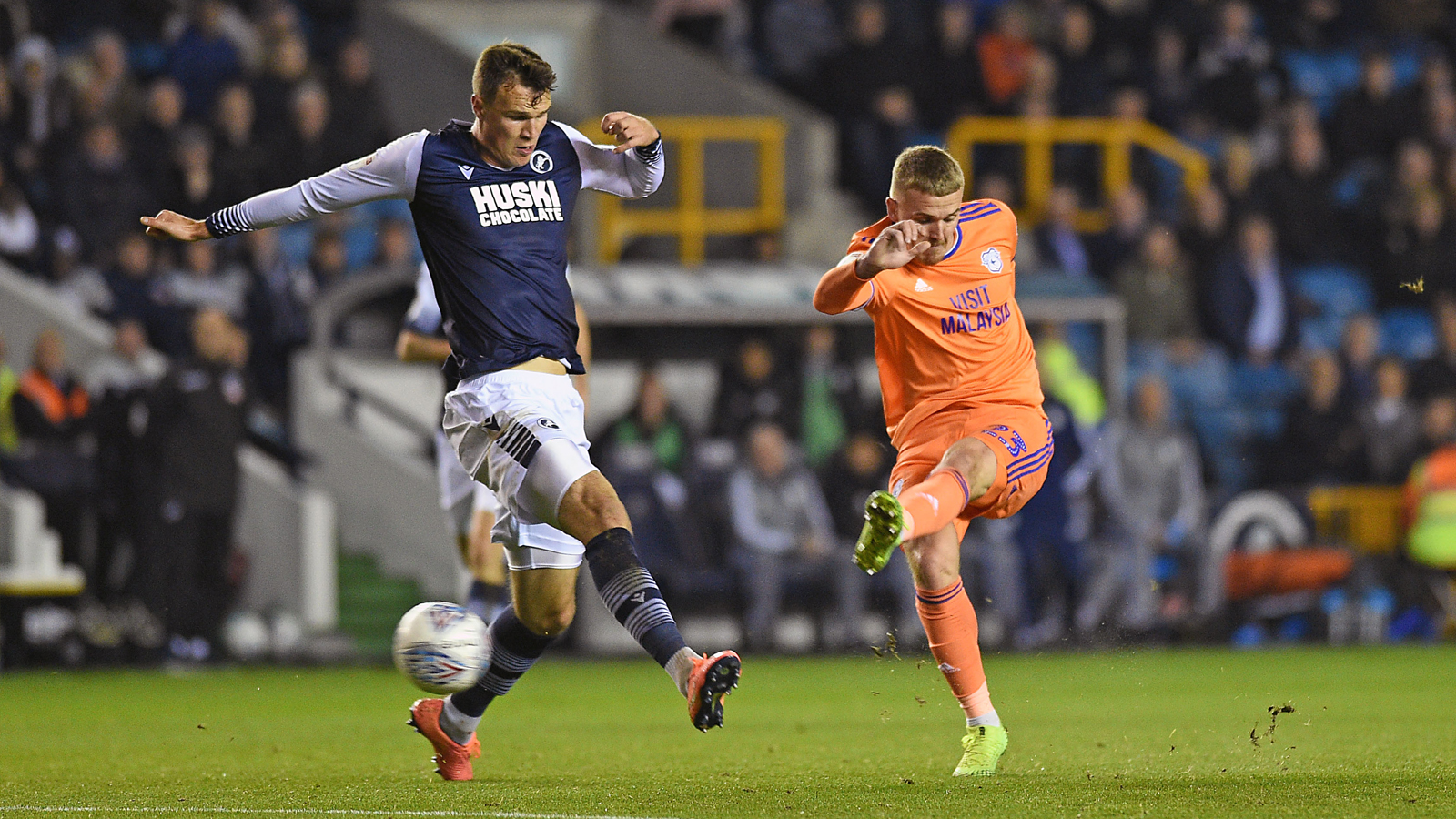 The Bluebirds were forced to settle for a 2-2 draw at The Den on Tuesday evening, with Danny Ward and Junior Hoilett on target.

Neil Warnock made four changes to the side that faced Sheffield Wednesday four days ago with Friday evening’s goalscorer, Lee Tomlin, coming into the starting eleven.

The Bluebirds made the breakthrough after twelve minutes, with Ward netting his fourth goal of the campaign. Hoilett worked some space on the left flank and cut inside into a dangerous position. The Canadian floated an enticing ball towards the back post, with Ward doing well to lose his man. The striker expertly tucked his header between the legs of goalkeeper Bartosz Białkowski, giving the Bluebirds an early lead. 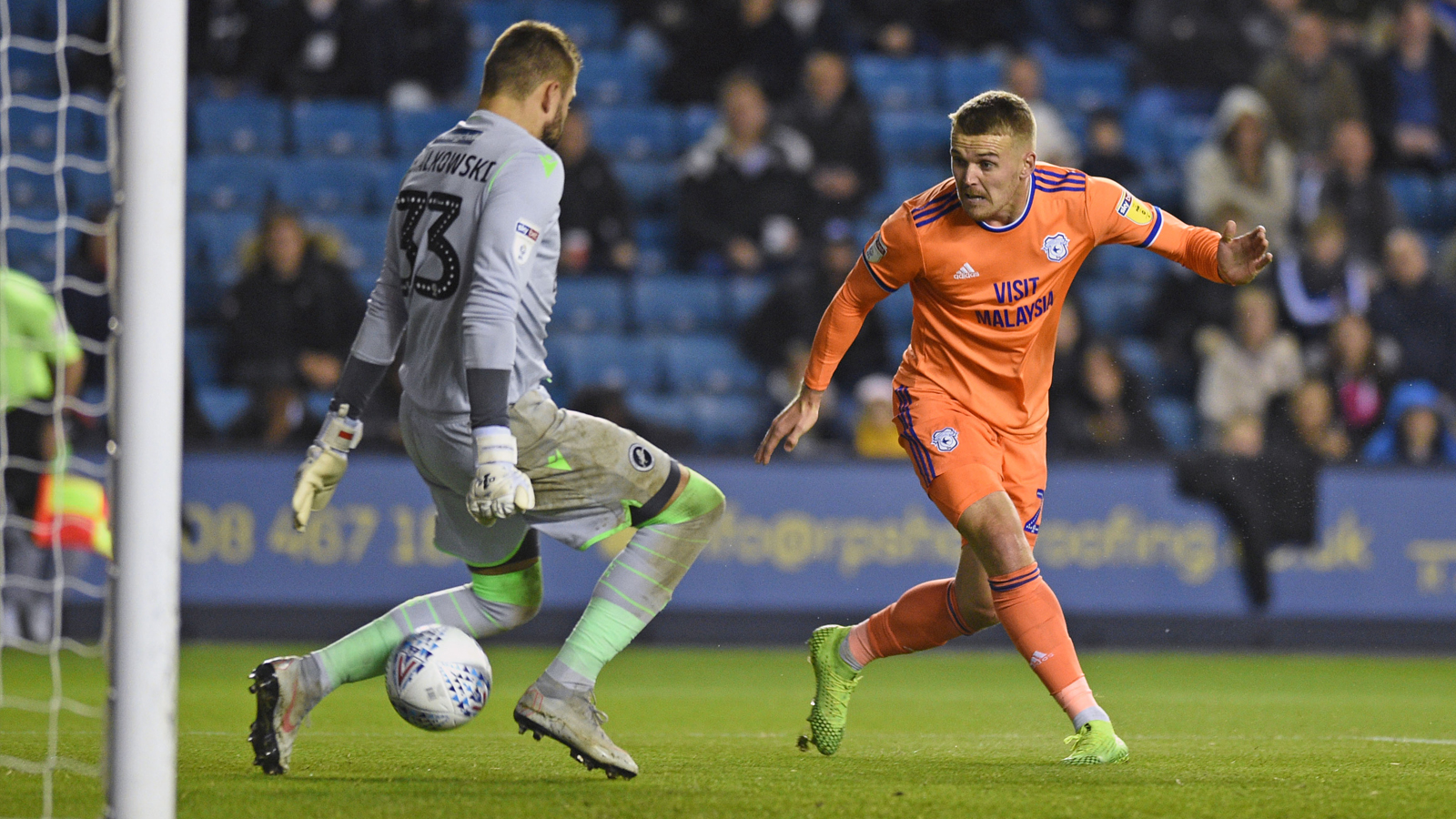 City continued to make inroads into the Millwall half, moving the ball well from flank to flank. Lee Tomlin created a flowing move after twenty minutes, though his low shot was saved by Białkowski. Minutes later, Ward looked to double his tally, forcing the Polish keeper into another low stop.

The home side grew into the game, and forced Neil Etheridge into a good save on the half-hour mark. Matt Smith connected well with the ball, albeit fouling Sean Morrison in the process, nevertheless calling the City keeper into action.

Five minutes later, Hoilett and Ward combined again, with another excellent ball from the winger. On this occasion, Ward’s looping header had Białkowski beaten, but dipped just over the crossbar.

Just before the break, Millwall levelled things up through striker Tom Bradshaw. The ball fell kindly to the Welshman inside the area, who fired an effort towards goal. Despite a last-ditch effort from City skipper Morrison, the ball nestled in the net to make it all square at the break.

The Bluebirds looked lively at the start of the second half, with Tomlin again involved. His cute through ball for Joe Bennett almost split the Millwall defence, but was just out of the left-back’s reach.

However, Tomlin did play a key part in City’s second, with a delightful back-heel to release Hoilett. After some smart link-up play with Ward once again, Hoilett curled an inch-perfect shot into the far corner, regaining the lead for Warnock’s men.

City had two golden chances to make it three in quick succession, with both central defenders involved. Ward’s flick-on enabled Aden Flint to get around the back of the Lions’ defence, calmly controlling the ball inside the area. Flint fired the ball on goal, only for Białkowski to make a close-range save. From the resulting corner, a scramble in the goalmouth enabled Morrison to poke the ball on goal, though Białkowski was able to keep it out with a fine instinctive save.

With thirteen minutes remaining, Bradshaw netted his second of the evening to level the game once more. A delicate flick helped Millwall get in behind the City defence, with Bradshaw collecting the ball and firing home.

Despite some late chances for both sides, there were no more goals at The Den, with both sides taking a point. The Bluebirds will next be in action on Sunday, 27th October, with a midday kick-off against Swansea City.