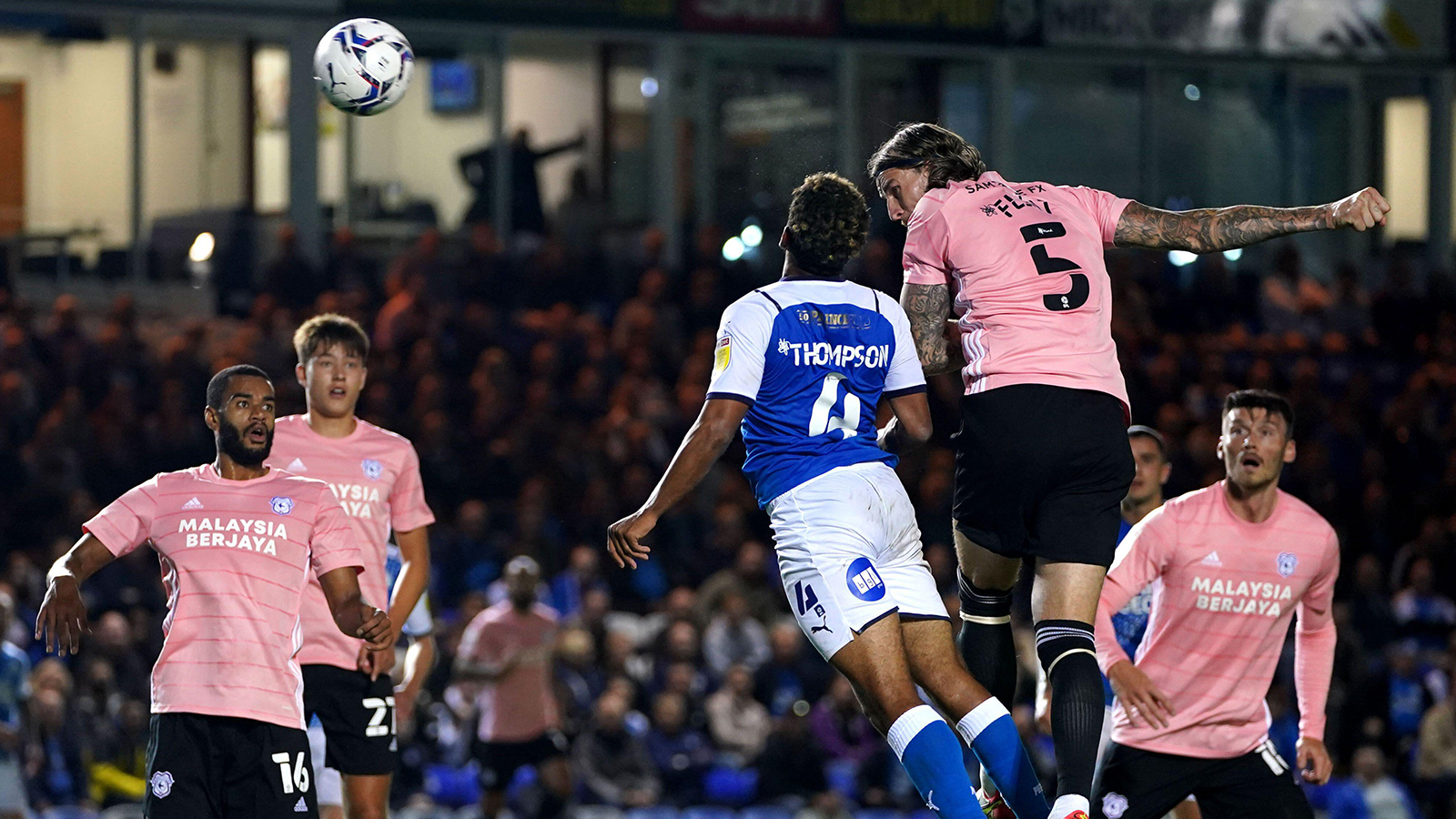 Cardiff City came from two goals down to salvage a 2-2 draw away at Peterborough United in dramatic circumstances on Tuesday night.

The hosts netted twice in quick succession at the start of the second half, but Aden Flint's brace of headers – the second in the sixth minute of added time – ensured 600 Bluebirds traveled back to South Wales with a point.

Joe Ralls' battling in midfield let to an early opportunity for the Bluebirds. He spread the ball wide to Ryan Giles, whose fantastic ball into the box didn't find a teammate in pink.

City's next chance was also created on the left flank. This time Joel Bagan teased a cross towards the six-yard box which Flint headed just over.

The home side first threatened at the midway point of the first half, as Siriki Dembélé picked up on a loose ball and drove towards the area. However, Curtis Nelson made a valiant recovering block to deny him.

Minutes later, Dembélé found Harrison Burrows in space outside the box, but the 19 year-old dragged his effort wide of the post.

The opening period ended in bizarre circumstances as Nathan Thompson caught Marlon Pack with a poor, late challenge. The hosts were awarded the free-kick though, with both Pack and Flint going into the book for their complaints. 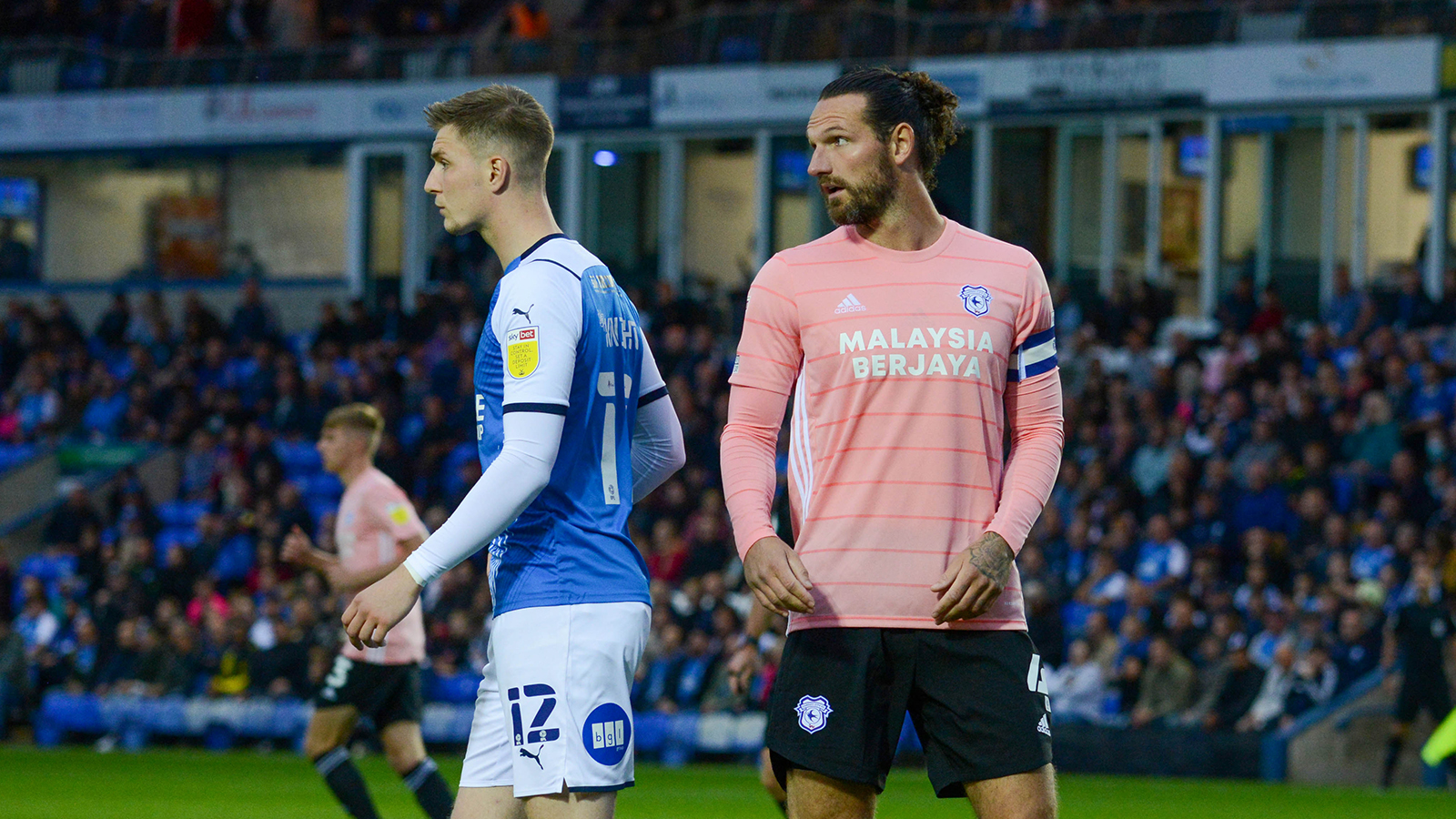 The match was then turned on its head with two quick-fire goals at the start of the second half.

Burrows broke the deadlock within five minutes of the restart, cutting into the area and rifling the ball past Dillon Phillips. Then, as City looked for an immediate response, the Posh struck on the counterattack – Dembélé converting after Jonson Clarke-Harris' break.

Pack almost pulled one back before the hour mark, but side-footed wide of goal with Christy Pym beaten.

The Bluebirds introduced Kieffer Moore in the hunt for for a response and soon began to pile on the pressure in the final third.

They came close ten minutes from time as Sean Morrison latched onto Giles' corner and glanced his header agonisingly wide of the back post. 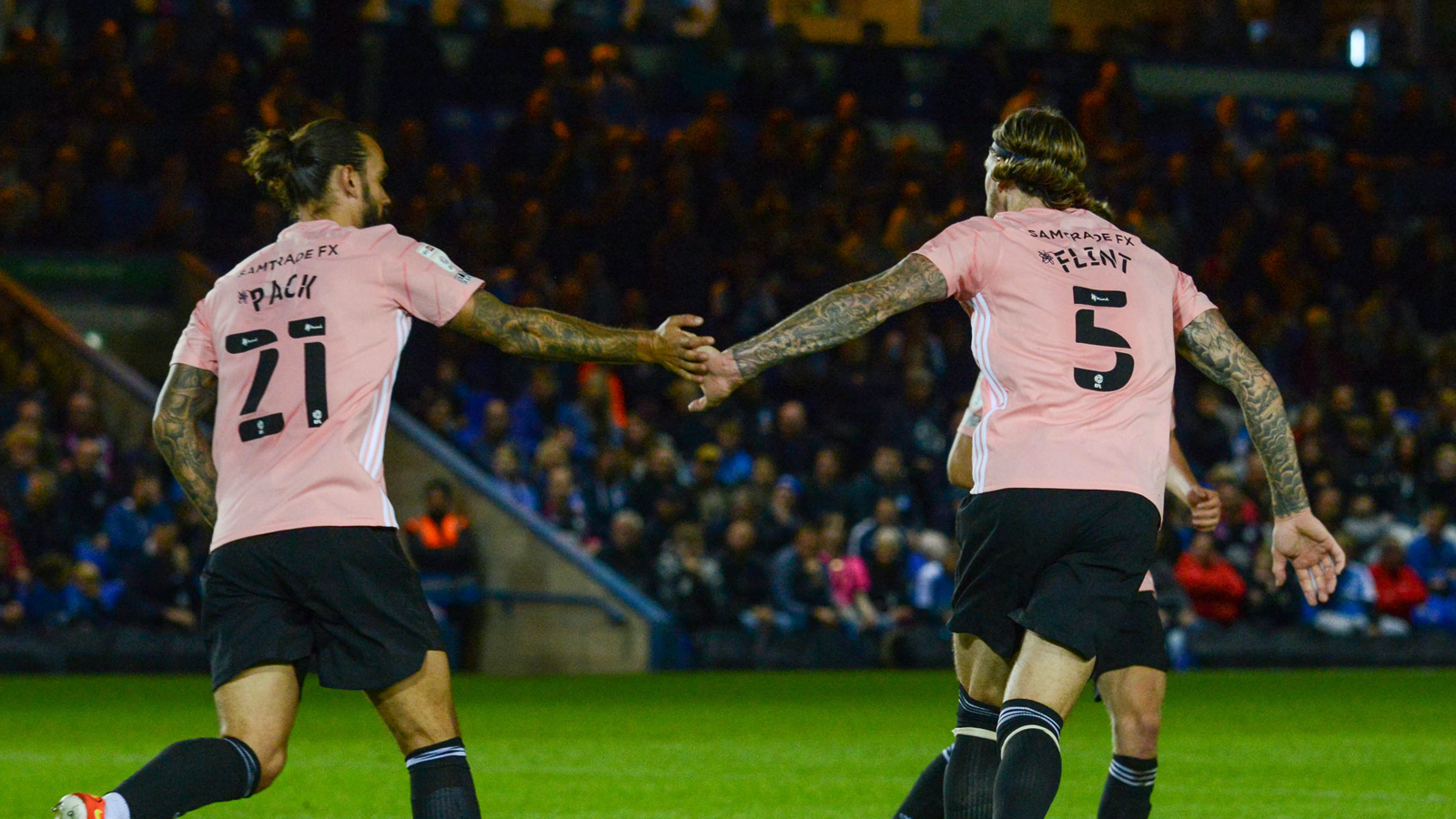 But it was the Skipper's fellow centre-half Flint who stepped up to give City their lifeline, powering home his header from Pack's pinpoint cross from the right, with seven minutes remaining.

Incredibly, City 'keeper Phillips then had a huge contribution at both ends of the pitch. First, he made an excellent save to deny Burrows on the break, before marauding forward in the final minute of added time.

Phillips recycled possession on the edge of the area to Pack, who beat his man before once again delivering the ball on a plate for Flint to bury a second header and earn a dramatic draw in front of the travelling City faithful.