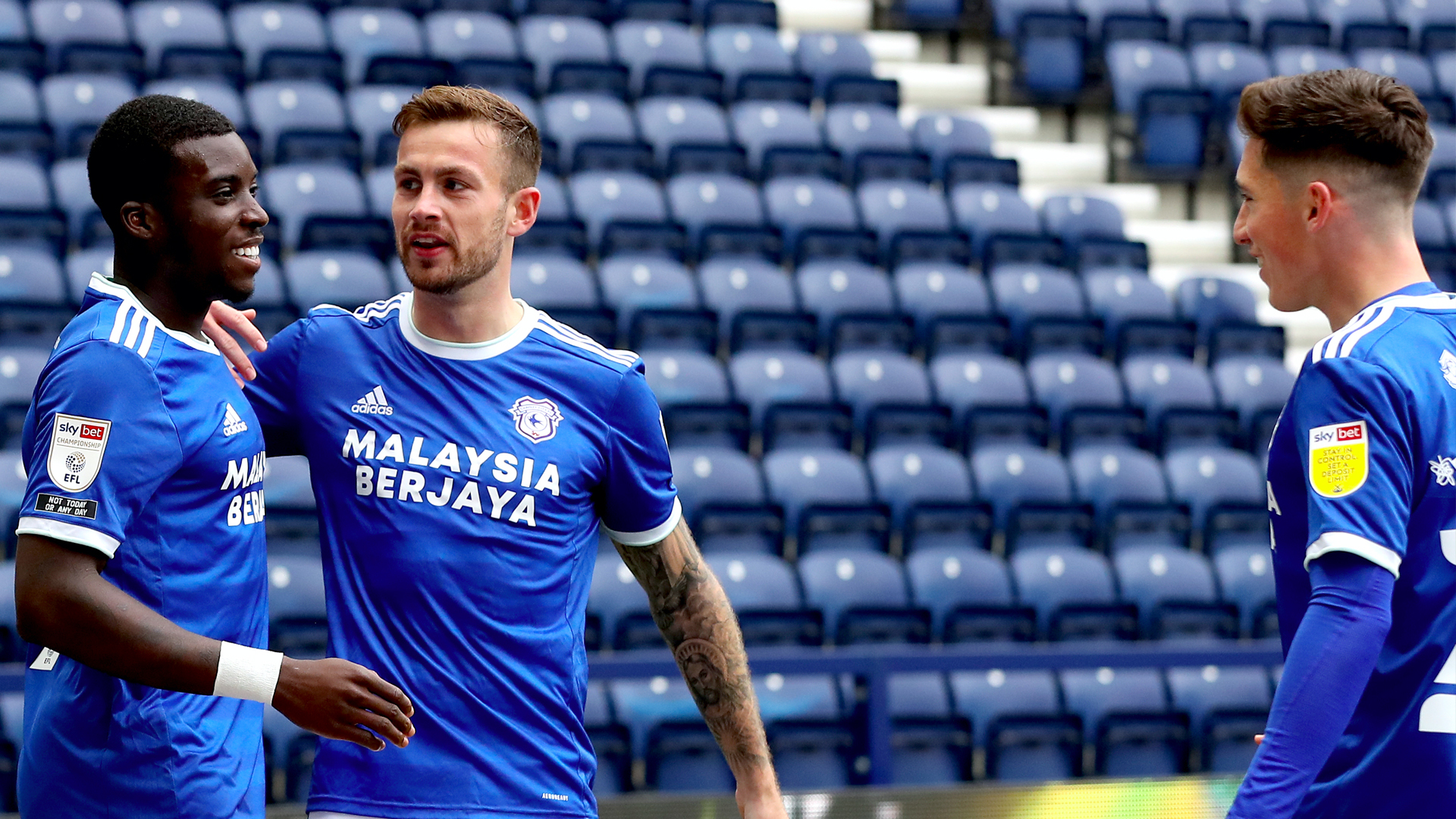 Sheyi Ojo scored the game's only goal as the Bluebirds made an ideal return from the international break.

Neil Harris made two changes to his side, with Joe Bennett and Lee Tomlin kept out through injury and suspension respectively.

Greg Cunningham and Joe Ralls lined up in their place, with City's three deadline-day signings waiting in the wings.

While the Bluebirds started the match the stronger side, chances were at a premium at both ends early on.

Junior Hoilett had the clearest opening after Sean Morrison's knockdown, but fired over the bar with an improvised effort.

The two sides soon traded punches, with long-range efforts from Sean Maguire and Leandro Bacuna held by each 'keeper.

The Bluebirds were forced into a change on the half-hour mark, as Cunningham was forced off holding his hamstring. Harry Wilson was the man to replace him, making his Cardiff City debut just two days after his loan arrival from Liverpool.

City had one more good chance to take the lead in the opening half as Jordi Osei-Tutu lofted an excellent left-footed cross to Kieffer Moore, who headed narrowly wide.

Just seven minutes after the restart, the Bluebirds found the opener. Moore broke through the middle of the park, with the options of Sheyi Ojo and Wilson to right and left.

City's no. 10 fed Ojo who rifled home right-footed to net his first goal in a City shirt.

The Bluebirds limited the home side to few chances as they looked to regain a foothold in the game.

Indeed, while Alex Smithies did well to keep hold of Scott Sinclair's effort from 25 yards, the Bluebirds were looking solid at the back.

That continued even when Osei-Tutu was forced off, leaving Bacuna and Curtis Nelson as the visitors' full-backs.

Jayden Stockley's header was the closest they came to salvaging an equaliser late on, but Smithies was on hand once again.

So, City held on to bring three points back to the Welsh capital, where they'll face both AFC Bournemouth and Middlesbrough this coming week.