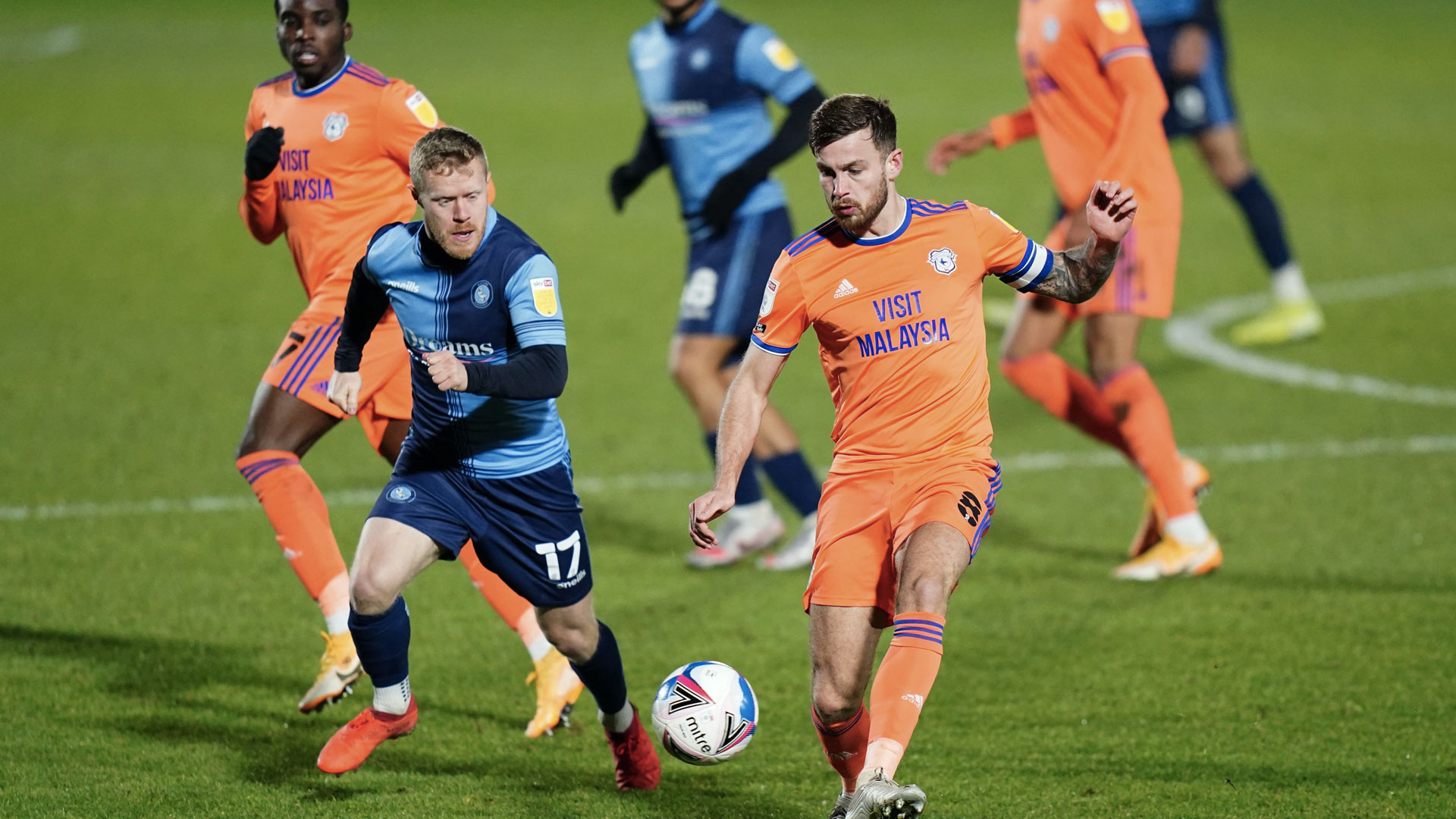 Substitute Junior Hoilett netted late in added time, but it wasn't enough for the Bluebirds, who were defeated 2-1 by Wycombe Wanderers on December 29th, 2020.

Neil Harris made one change to the side that faced Brentford on Boxing Day with Mark Harris coming into the starting XI.

Skipper Sean Morrison received treatment early on in the game at Adams Park after a coming together with Chairboys forward Uche Ikpeazu. Morrison's central defensive partner was called into the game after 13 minutes, with Curtis Nelson blocking Anis Mehmeti's powerful strike.

At the other end, Joe Bennett looked destined to have a shot at goal three minutes on after reaching Sheyi Ojo's pass, but Josh Knight put in a fine last ditch tackle. Bennett tried again moments later, striking a volley from Will Vaulks' long throw, the effort again striking a Wycombe defender.

Morrison again went down injured after 20 minutes after failing to recover from his early setback. He was replaced by debutant Filip Benković, with Joe Ralls putting on the armband.

Harry Wilson found space to get a shot away with 30 minutes on the clock, but Ryan Allsop saved the low strike from distance.

Despite having the better of the match in the opening half hour, City fell behind after 33 minutes. Ryan Tafazolli heading in Joe Jacobson's corner kick.

After the interval, it was again the Bluebirds on the front foot. Ojo's right footed strike was pushed away by Allsop after 52 minutes, but fellow Liverpool loanee Wilson was unable to divert home the rebound. The Welsh international went close again within a minute after breaking in behind, but he struck wide.

The hosts hadn't seen a lot of the ball since the restart, but took full advantage when a chance came their way after 63 minutes. David Wheeler heading in Wycombe's second goal after finding space in the area.

Wilson saw a close range header cleared away after 76 minutes. Gareth Ainsworth's side stayed tight and restricted City's opportunities to fight back into the match.

Substitute Junior Hoilett gave the Bluebirds hope three minutes into added on time when he deftly headed in Ojo's cross. But the hosts held on to seal three important points in their fight for survival, consigning City to defeat.